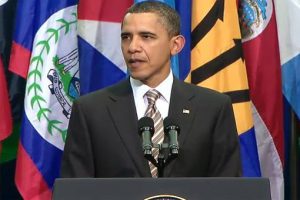 Every presidential candidate pledges, as Mitt Romney recently did, to do more to “focus on Latin America” and “take advantage” of the “huge opportunities” there. It’s been a long time since one followed through. Even by the standards of campaign promises, this one has become so empty that it hardly registers. It’s not that candidates … Read more 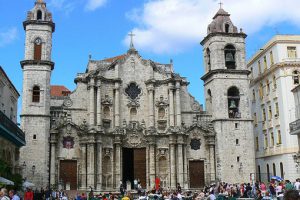 The Pope’s Historic Visit to Cuba

Like his predecessor, Pope Benedict XVI arrived in Cuba at a crucial time in the nation’s history. Pope John Paul II visited in 1998, a time when Communist Europe had crumbled and expectations of change were high; Pope Benedict XVI landed during a time of unprecedented internal change. On Monday, the pontiff arrived in a … Read more 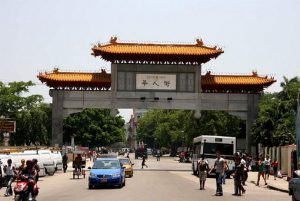 China and the Cuban Economy

Since officially taking over from his brother Fidel in 2008, Raúl Castro has introduced reforms in Cuba to begin what some hope will be a period of economic liberalization. But these reforms are not necessarily moving the island nation in the direction sought by the United States for half a century. Instead, as the balance … Read more

The Other Side of Cuba’s Prisoner Release

The announcement by Havana that it would release five political prisoners “who would travel to Spain with their families,” and another 47 during the next three or four months, has been credited to efforts by Spanish Foreign Minister Miguel Ángel Moratinos and Cuba’s archbishop, Cardinal Jaime Ortega. But neither Cardinal Ortega, nor Minister Moratinos would … Read more

Obama, Cuba, and Complacency Toward Evil

Sanctions are not uncommon when dealing with tyrants, as we have seen recently in the discussions weighing what to do about North Korea and Iran.  The United States levied sanctions against Libya after its terrorists downed a PAM AM flight over Scotland in 1996; the world imposed sanctions on the white supremacist government in South … Read more 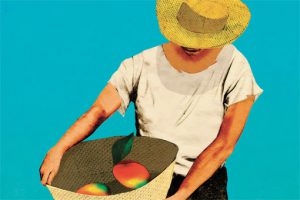 For a country that prides itself on its scientific accomplishments, Cuba may, by necessity and desperation, have stumbled upon a modern-day economic niche that will serve it well in the future. That niche? Organic farming, the favorite of socially and health-conscious yuppies throughout the developed world. During what the government called, euphemistically, the período especial … Read more

Thre are no banned books in Cuba; there just isn’t any money to buy them,” Fidel Castro famously said at the 1998 International Book Fair in Havana. Later that year, Ramón Colás, a psychologist and journalist, and his then-wife, economist Berta Mexidor, took up Castro’s challenge. They opened their home library to the public, thereby … Read more

If the new Cuban government has a remark­able resemblance to the old, that’s because they are one and the same. No real change has taken place in Cuba. Yet. The same group that accom­panied Fidel and Raúl Castro since their days in the Sierra Maestra—all now senior citizens—remains firmly at the helm of government. They … Read more

Congratulations, Mr. President-elect. Amidst the celebratory post-election fervor of the past few weeks I hope you have caught glimpses of the transcendent significance of your victory, and the powerful inspiration that it provides to the citizens of the U.S. and, indeed, the world. In fact, there can be little doubt that your ascension to the presidential office validates and illuminates many of the core tenets of your nation.