On Wednesday, and continuing into Thursday, protestors across Colombia blocked traffic in 16 departments as part of a national protest that began earlier in the week. Tensions were triggered by the new Colombia–EU free-trade agreement (FTA), which went into force on August 1. On Tuesday, truck drivers, union leaders, health employees, and students joined the … Read more Colombian Protests Block Traffic to Ecuador and Venezuela

Defense Minister Celso Amorim of Brazil met with his counterparts, Juan Carlos Pinzón of Colombia and María Fernanda Espinosa of Ecuador, in the Brazilian city of Manaus Thursday morning. The meeting was focused on strengthening security cooperation between the three nations that border the Amazon. Protecting the Amazon from illegal activities was the main topic of the meeting organized as part of a … Read more Colombia, Brazil, Ecuador Discuss Security 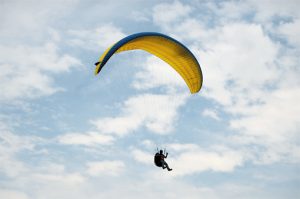 In July 2013, athletes from all over the world will gather to compete for gold medals and a chance to make their country proud. This isn’t the Olympics, but the World Games—a quadrennial competition that highlights unconventional sports such as artistic roller skating, canoe polo, sumo wrestling, tug of war, billiards, and parachuting. This year’s … Read more World Games, Cali 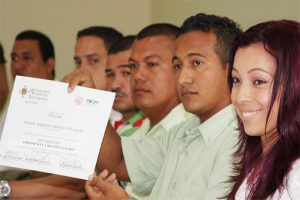 30,000 and Counting: The Long and Winding Road of Peace-Building in Colombia

After more than half a century of conflict, efforts to disarm, demobilize and reintegrate Colombia’s warring groups are just beginning to take hold. While a few small left-wing guerrilla groups were demobilized in the 1990s, successful reintegration of thousands of ex-combatants—most of them right-wing paramilitaries—into peaceful society has remained elusive. But that seems to be … Read more 30,000 and Counting: The Long and Winding Road of Peace-Building in Colombia

Colombian President Juan Manuel Santos denounced the Fuerzas Armadas Revolucionarias de Colombia (Revolutionary Armed Forces of Colombia—FARC) on Tuesday for what he described as a “flagrant violation” of the group’s commitment to end kidnappings prior to its peace negotiations with the Colombian government in Havana. Santos’ comments, delivered at the opening of Colombiamoda (Colombian Fashion … Read more Santos Accuses FARC of Violating Peace Negotiations 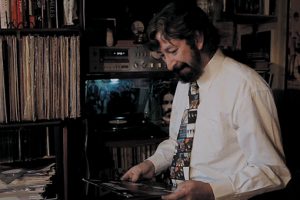 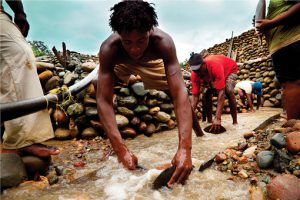 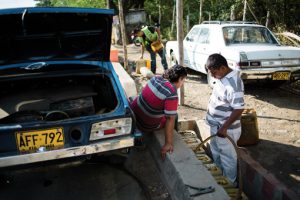 Dispatches from the Field: Cúcuta, Colombia

Colombian President Juan Manuel Santos traveled to Cali on Tuesday for the largest demobilization of members of the National Liberation Army (Ejército de Liberación Nacional—ELN) in Colombian history. A 30-member unit of the guerilla group, which included three pregnant women, surrendered in the southwestern city. The ELN, with its estimated 3,000 members, has shown interest … Read more Colombian Guerilla Unit Surrenders in Cali

Colombia and FARC Conclude 11th Round of Negotiations

The Colombian government and the Revolutionary Armed Forces of Colombia (Fuerzas Armadas Revolucionarias de Colombia—FARC) concluded their eleventh, and shortest, round of peace negotiations in Havana, Cuba, on Tuesday. This round of talks focused on whether to allow the guerillas to hold political office—one of the most contentious points in the five-point peace agenda. This … Read more Colombia and FARC Conclude 11th Round of Negotiations

The Colombian government and the Revolutionary Armed Forces of Colombia (Fuerzas Armadas Revolucionarias de Colombia—FARC) began their tenth round of peace negotiations in Havana, Cuba on Monday. This round of talks will address the second point in the five-point peace agenda: integration of the rebel group into Colombian politics. The FARC’s post-conflict participation in Colombian … Read more Colombia-FARC Peace Talks Resume in Havana

Ambassador Alexander Vershbow, deputy secretary general of the North Atlantic Treaty Organization (NATO), and Juan Carlos Pinzón Bueno, Colombia’s defense minister, signed an Agreement on the Security of Information in Brussels on Tuesday. While the tailored cooperation treaty does not recognize Colombia as a NATO partner, it marks the first agreement of its kind between … Read more NATO Signs Cooperation Agreement with Colombia