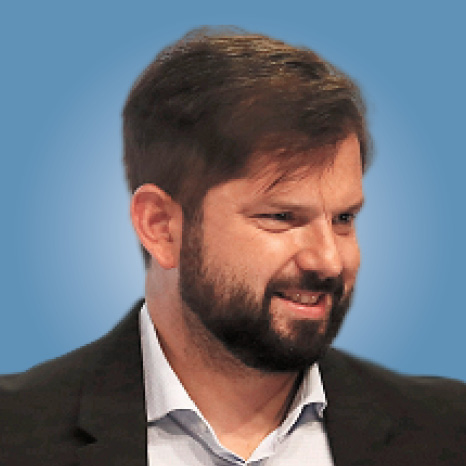 Chile’s youngest-ever president, the 36-year-old former student leader took office to soaring expectations in March. Boric’s election came two years after widespread protests over inequality, and he has promised deep reforms to Chile’s economic model and private pension system as well as an expansion of social services. He must work with a divided Congress to pursue an ambitious progressive agenda, and faces the immediate challenge of governing while Chile drafts a new Constitution to replace the Pinochet-era charter. A referendum on the new Constitution is slated for this year. Boric has stated he will reform Chile’s national police, which was criticized for human rights violations during the 2019 protests. Security forces and indigenous Mapuche communities have clashed recently in the south, and northern Chile has seen violence against migrant communities near the Bolivian border.

*NOTES: Approval rating updated May 6. Support for democracy reflects percentage who agree that democracy is preferable to any other form of government.


Tags: Chile, Gabriel Boric
Like what you've read? Subscribe to AQ for more.
Any opinions expressed in this piece do not necessarily reflect those of Americas Quarterly or its publishers.
Sign up for our free newsletter