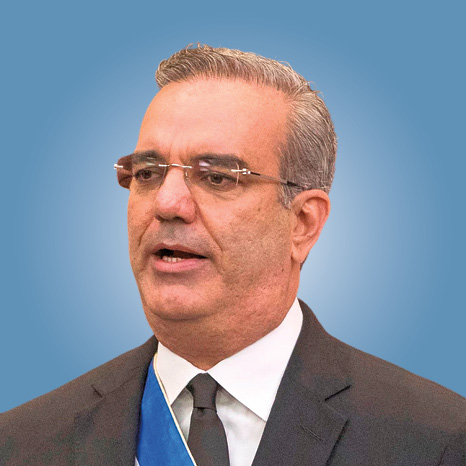 A wealthy former businessman with some of the Americas’ highest approval ratings, Abinader ended the Dominican Liberation Party’s 16-year hold on the presidency when he was elected in 2020. The president has made an anti-corruption push, and authorities have investigated alleged corruption from members of the previous administration and from Abinader’s government. He has sought to improve regional relations by joining the Alliance for Development in Democracy with Costa Rica and Panama to promote political ties and economic growth. The economy has benefited from pandemic-era tourism, and GDP grew by 10.4% in 2021, according to the Economic Commission for Latin America and the Caribbean. The Abinader administration has been criticized for mistreatment of Haitians amid a spike in deportations and construction of a wall along the border. Abinader was among leaders named in the Pandora Papers for holding offshore accounts in tax havens, but denies wrongdoing.

*NOTE: Support for democracy reflects percentage who agree that democracy is preferable to any other form of government.


Tags: Dominican Republic, Luis Abinader
Like what you've read? Subscribe to AQ for more.
Any opinions expressed in this piece do not necessarily reflect those of Americas Quarterly or its publishers.
Sign up for our free newsletter