Ana Maria de la Merced was eating lunch at her pest-control business when a construction worker hired to refurbish her home came in talking about bones.

He was part of a crew working on the 19th-century house she’d just bought with her husband in Gamboa, a neighborhood of tumbledown villas and cobblestoned streets in Rio de Janeiro’s port zone. This was their first day on the job.

As they cracked the cement floor, they had found bones, he said. A lot of bones. She should come look, he insisted. At the house, crouching next to the piles of dirt, Merced began to pull them out: femurs. Skulls. Broken, jumbled, but clearly human. One jawbone was still embedded with the tiny teeth of a child.

Packing the human remains into boxes from the greengrocer, she ran over possible explanations: had there been a massacre? Had someone killed an entire family? She’d grown up in the region and had never heard such a thing.

She took her questions to a local history buff. He showed her a book, long out of print, about the region. It had a map. On it, Merced saw a transformed geography: it was her Gamboa, but the shoreline was closer in. Where her block now stood, the historian pointed out, was a blank space: it’s probably o cemitério dos pretos novos, he said; the cemetery of new blacks.

The name meant nothing to Merced then. But the find would radically change her life, and shed light on a world that had lain intentionally buried and nearly forgotten for over a century. The accidental discovery unearthed an aspect of history Brazil has not fully confronted — a neglect that has repercussions for Brazilians even today.

More than 20 years after that January day in 1996, Merced is still awed by the responsibility that was, suddenly, hers.

“This was not something I sought out. It’s not my history,” explained this daughter of Iberian immigrants with thick, cascading hair and dark, deep-set eyes. “It came to me. But I couldn’t turn away.”

Before the mid-19th century, Gamboa had been an extension of the busiest slave-trading complex in the Americas: the Valongo wharf. Until the trans-Atlantic trade was officially banned in 1831, about 4.8 million enslaved people were brought to Brazil to grow sugar, coffee and cotton, and to labor in its mines, according to the Transatlantic Slave Trade Database. Multitudes had first emerged from the bellies of ships into a life as captives right there, on the waterfront where Merced later made her home.

To prevent the spread of disease, newly arrived Africans were quarantined in warehouses. Many died before they were sold. Nameless, alone and far from home, their bodies were dumped in what was called the “cemetery of new blacks,” to be covered with a few shovelfuls of dirt, and, when the smell became bothersome enough, burned and plowed into the soil and garbage.

Historical records contained plenty of references to the slaving complex and the burial grounds. Contemporary citizens complained to city officials and newspapers about the appalling conditions of the latter. A German visitor, G. W. Freireyss, left this description: “In the middle of this space there was a pile of dirt from which, here and there, appeared remains of cadavers uncovered by the rain and there were also many cadavers on the ground that had not been buried yet. Naked, they had been wrapped in mats, tied above their head and below their feet.” 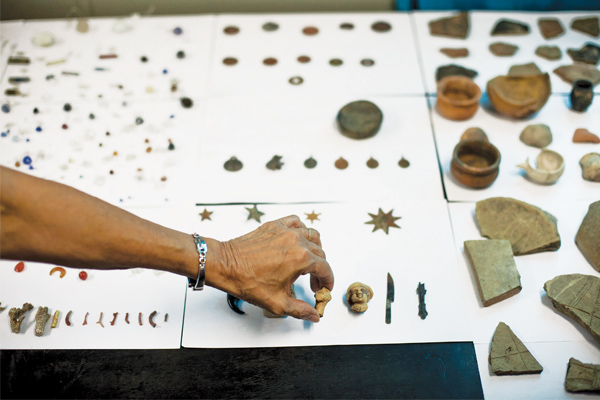 The location of the cemetery, however, was forgotten. It was buried, along with the history of Valongo, when a pretty new wharf was built in 1843 for the arrival of Teresa Cristina, bride of Emperor Dom Pedro II, and again in the early 20th century during construction of Rio’s existing port.

As the city, and the country, grew and modernized, Brazilians nurtured the myth of living in a racial democracy. There was little interest in preserving graphic reminders of the trade in human bodies. This history was intentionally obscured, said Tania Andrade Lima, an archeologist at the National Museum/Federal University of Rio de Janeiro.

“There was an intention to erase Valongo,” said Lima. “Brazil never reconciled with this part of its history.”

This disregard still casts a shadow over Brazil. The black and mixed-race majority remain at the bottom of the socio-economic pyramid. They earn less than whites, suffer proportionately more violence, and have less access to resources and rights. Their ancestors’ contributions to the nation’s development and identity — and the heavy price they paid for it — have also been given short shrift.

The bones beneath Merced’s home could help change that. But she’d have to fight for it.

She notified city officials. Archeologists confirmed the discovery. Then — nothing. For years, she badgered the city for answers, support, or at least permission to fix the faulty plumbing.

One day, tired of waiting, she patched up the house. With little money and no academic connections, she sought out researchers. In 2005, they started a nonprofit cultural organization — the Instituto dos Pretos Novos (IPN), or Institute of New Blacks.

By 2012, hundreds of visitors streamed through their exhibits, their workshops on black history, and the yearly celebrations on May 13th, the day in 1888 when Brazil finally abolished slavery, becoming the last country in the Americas to do so.

By then, things were changing. As the city prepared to host the 2016 Summer Olympics, the long-neglected port area got a $5 billion makeover. This included a $54 million Museum of Tomorrow, designed to project Rio as a global city with a promising future.

Revamping the region’s decaying infrastructure also gave researchers an opportunity to explore its buried past. Lima, the archeologist, unearthed the jagged pavement of Valongo and a wealth of beads, statuettes, earrings, armbands, medals and other amulets carried by the newly arrived Africans.

The identities of the men and women who disembarked in Valongo may have been erased, but these artifacts spoke of the diversity of their origins, the rich tapestry of their beliefs, and the depth of their fears and their hopes, Lima said.

“This is a place of painful memories, but it should also be celebrated,” she said. “They left us a rich heritage.”

Merced’s Institute did just that. Between 2013 and 2016, with an $18,000 yearly stipend from the public-private partnership redeveloping the port, the IPN hosted nearly 50,000 visitors and more than 6,000 workshop participants. 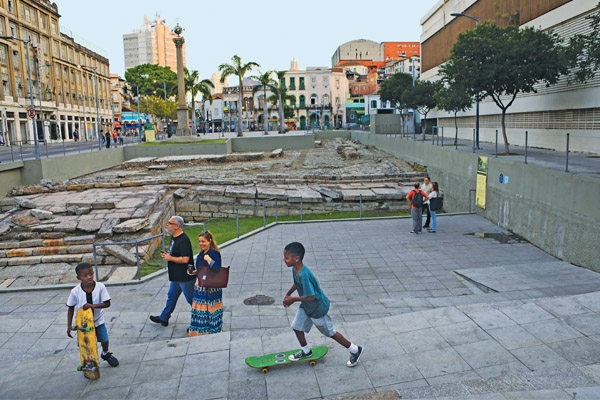 What followed was a reminder that the histories of Valongo and of the city that grew around it remain intertwined.

By the time the Olympics closed in mid-2016, the state of Rio de Janeiro was broke. Violence spiked, teachers went without pay, and the port region fell again into abandon. Valongo, named a UNESCO World Heritage Site in July 2017 as “the most important physical evidence associated with the historic arrival of enslaved Africans on the American continent,” is neglected and filthy. At night, crack users take shelter there, Lima said.

“This area has been stigmatized since it was a slave market,” she said. “The stigma continues.”

The Institute’s stipend was cut in March 2017. Intent on keeping the doors open, Merced and her husband — now 61 and 70 years old — turned to donations and to an English-language word she struggles to pronounce:  crowd-funding. But she hasn’t given up.

“These people buried here died alone, without a name, without anyone to take care of them,” she said. “I can do something for them.” 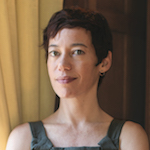 Juliana Barbassa was the former managing editor for Americas Quarterly. An award-winning independent journalist, Barbassa is the author of Dancing with the Devil in the City of God: Rio de Janeiro on the Brink, based on her years as Rio de Janeiro correspondent for the Associated Press.