AQ sat with Peña to discuss the successful designs that have emerged from Open Space’s contests—and what he thinks is Argentina’s most valuable asset.

This interview was edited for clarity and length.

Americas Quarterly: What is Open Space?

Ignacio Peña: Open Space was created in 2019 as a platform for Latin American students interested in space technology. We organize competitions and have received projects from students as young as 16 years old. A panel of judges ranging from university professors to experts in the industry choose the winners, who are then supported by Open Space to bring their ideas to reality. One such idea is now in space! A group of students designed a device that beams information back to Earth. It was included in a satellite sent to orbit by Satellogic, an earth imaging company.

AQ: What inspired you to start the organization?

IP: In 2011, I started thinking to myself, how can we build a better future? I believe that the only way is by transforming Latin America into an innovative region and activating potential modern industries. What is the most valuable thing we have in Argentina? Is it the arable land, the oil from Vaca Muerta? Or is it the younger generation? And are we putting the necessary resources at their disposition? I think not. That is what Open Space tries to do. We want to awaken interest in science and technology and help develop key skills needed for the 21st century.

AQ: What missions has Open Space accomplished so far?

IP: The first competition had more than 900 participants and two teams were selected. One project allowed for the use of low-cost yet high-performance electronics for space missions and the other designed sensors facilitating the design and simulation of future space missions. Another competition resulted in an app named ImpactApps that uses AI to detect fires using satellite images. Recently, a new group of students has designed a Moonstat, an open-source satellite made for lunar orbit with the aim of providing GPS services on the moon, which is already in the process of prototype development.

Graña is an undergraduate student from Argentina double-majoring in History and English at NYU, specializing in historical research and creative writing. 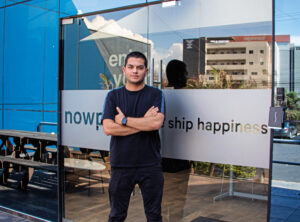 Nowports is targeting bottlenecks in Latin American trade, as demand for nearshoring increases. 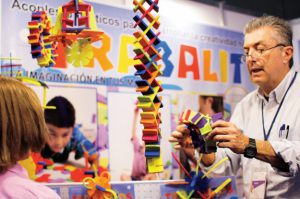 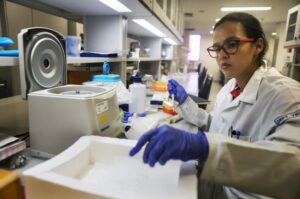 What Has Changed for Latin American Women in STEM?

Despite some progress, the picture remains mixed, a longtime observer says.

Tags: Argentina, Millennials in Politics, Q&A, Space Technology
Like what you've read? Subscribe to AQ for more.
Any opinions expressed in this piece do not necessarily reflect those of Americas Quarterly or its publishers.