This piece was updated on October 14

The race is on to replace Honduran President Juan Orlando Hernández, re-elected in 2017 to what critics say is a fraudulent second term. Criminal investigations into Hernández and others in his circle loom over the race, with some suggesting the government will do whatever it takes to ensure the ruling National Party stays in power. Recent piecemeal electoral reforms also offer little in the way of ensuring a clean election in November. Still, experts believe the opposition stands a chance, especially after Salvador Nasralla, a TV personality who finished second in the 2017 election, ended his candidacy and backed former first last Xiomara Castro. The alliance was seen as a step toward a more unified front against the National Party.

Below, AQ profiles Castro, as well as the National Party’s Nasry Asfura and the Liberal Party’s Yani Rosenthal, who each won party primaries in March.

The election is scheduled for November 28, 2021. Whoever gets the most votes in the one-round election will win the presidency.

AQ also asked a dozen nonpartisan experts on Honduras to help us identify where each candidate stands on two spectrums: left wing versus right wing, and nationalist versus globalist. The results are mapped on charts below. We’ve published the average response, with a caveat: Platforms evolve, and so do candidates.

We will occasionally update this page to reflect developments in the campaigns, including the rise of new contenders. 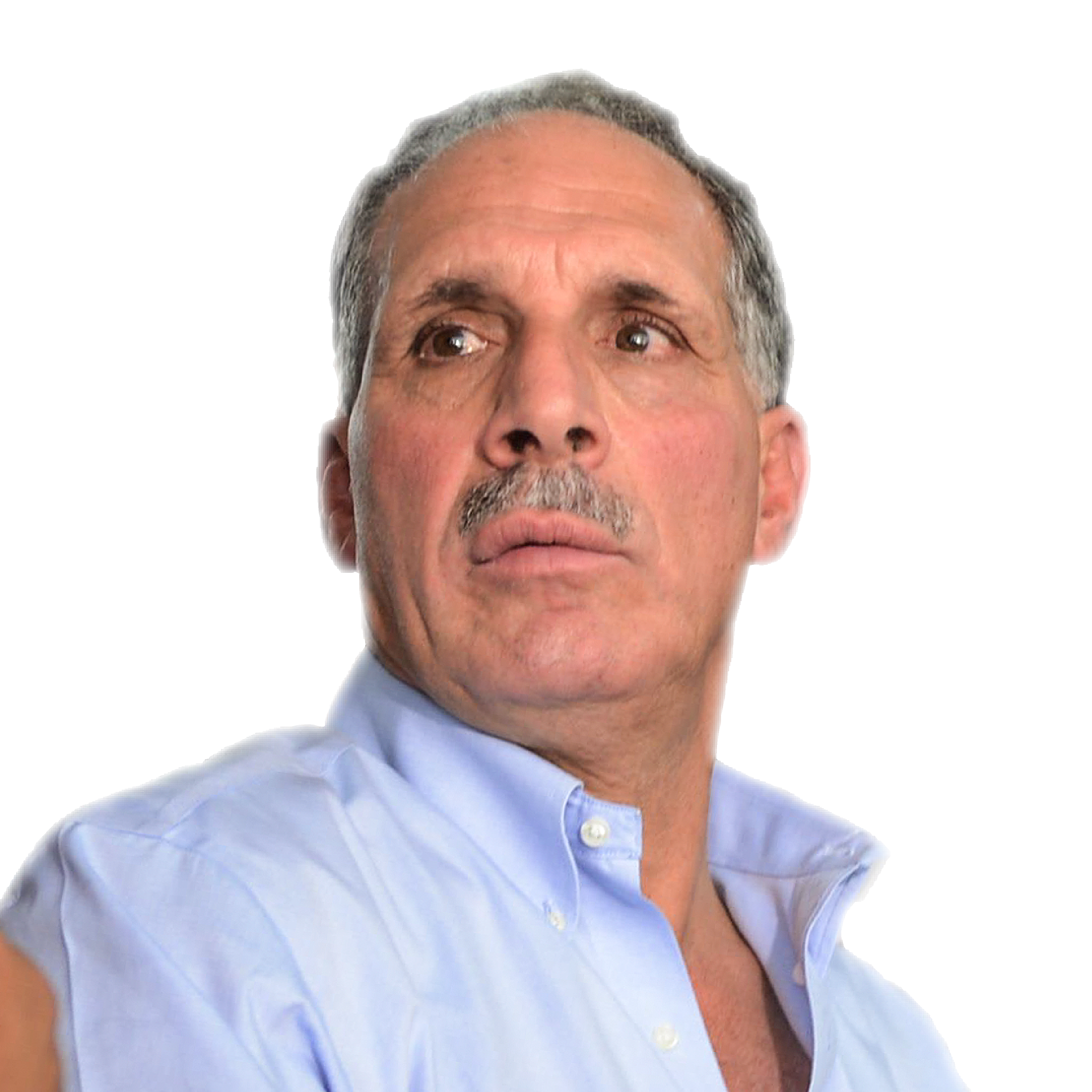 “I have absolutely nothing to hide.”

A veteran of the National Party with ties to President Hernández, Nasry “Tito” Asfura had a career in local politics and served as a deputy in Congress before becoming mayor of the capital, Tegucigalpa, in 2014. His time as mayor has been marked by messy urban growth – he has won popularity through infrastructure projects, but the city has lost some 400 trees during his tenure.

Asfura is a seasoned politician who is well liked by constituents in the capital and even critics admit he’s charming. The National Party, meanwhile, operates as a well-oiled machine in Honduras’ urban peripheries and rural areas. In the case of a close election, some analysts believe the party could manipulate vote counts to push Asfura over the top.

Ongoing investigations in the U.S. into President Hernández stand to alienate the National Party among middle class voters, and Asfura himself is under investigation for embezzling over $1 million in city funds as mayor. Some say he has also not done enough to help the capital confront a severe water shortage.

Asfura could also lose if opposition voters break for a single candidate. The National Party only won the past two elections with a minority of the vote in amid a split opposition. History also isn’t on his side: No single party has managed to win the presidency for a fourth consecutive term since Honduras transitioned from military rule in 1982.

Asfura draws his support from public employees, top brass in the military and police forces, residents of Tegucigalpa, evangelical voters, and business elites, especially those who have benefited from investments he has facilitated as mayor. The National Party’s record of clientelism also strengthens his support among poor and rural voters.

Asfura is the status quo candidate in this year’s election. He is likely to continue his predecessor’s efforts to try to make Honduras more friendly to foreign investment. But he may also seek to shield National Party officials, including Hernández, from prosecution over corruption allegations – something that could alienate the new administration in the United States, Honduras’ biggest investor. 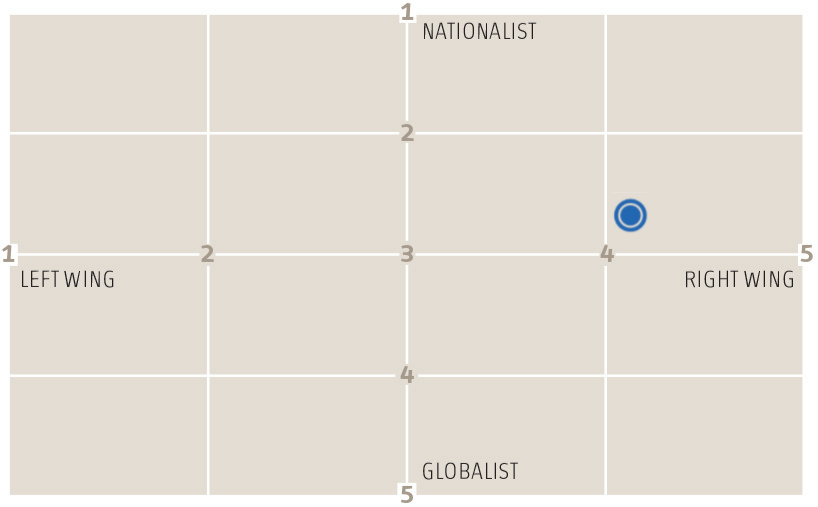 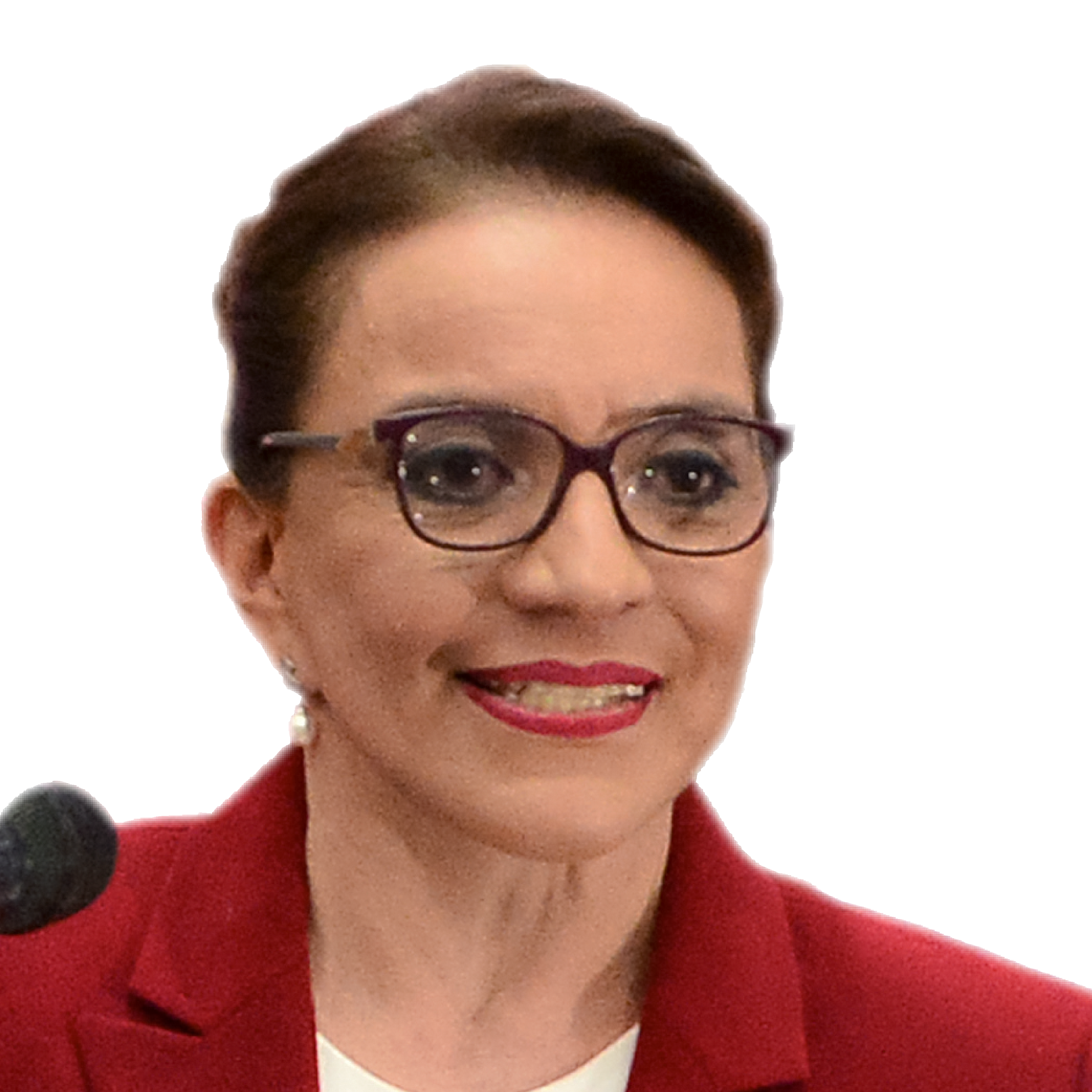 “The time has come for a woman to take the reins of this country.”

Xiomara Castro de Zelaya led the movement protesting the 2009 coup that deposed her husband, former President Manuel Zelaya. Formerly of the Liberal Party, the Zelayas founded their own party, LIBRE, in 2011. Castro’s second-place finish as LIBRE’s candidate in the 2013 presidential race signaled a shift away from the two-party system long dominated by the Liberal and National parties. During his presidency, Zelaya moved to the left in step with similar shifts in the region at the time.

Voters may remember the decline in poverty during her husband’s presidency – a trend that reversed after the coup. Her party has established a strong presence in rural areas, which may help stave off attempts at fraud, experts tell AQ, and she has made an effort to build support within the private sector. Polling in first and second in some polls, she may draw votes from opposition voters who want to support whoever has the best chance of beating the National Party’s Asfura. On October 13, opposition figure and TV personality Salvador Nasralla ended his own candidacy and backed Castro – a game changer for Castro, analysts told AQ.

The Zelayas’ ties to the late Hugo Chávez of Venezuela are likely to scare independent voters. The only woman in the race, she is also subject to sexist stereotypes and accusations that she is just a proxy for her husband, who brings baggage to her candidacy. On March 11, an ex-leader of a drug trafficking clan testified in a U.S. court that he paid $500,000 in bribes to then-President Zelaya in 2006.

LIBRE is a big tent party representing a range of ideologies. It includes former Liberal Party members, rural farmers, labor leaders and public university students. In addition to supporters of Nasralla who may heed his calls to vote for Castro, voters from the Liberal Party, which was Castro’s original political party before the Zelayas founded LIBRE, may break for Castro as their candidate’s chances dwindle.

Castro has stated that she would “immediately open diplomatic and commercial relations with mainland China.” She promotes an alternative economic system to free-market capitalism and would likely push for a constituent assembly to rewrite Honduras’ constitution as well as a UN-backed anti-corruption commission. She is vocal in her opposition to ZEDES, the semi-autonomous free trade zones pushed by the Hernández government. Read more about the outlook of a Castro presidency. 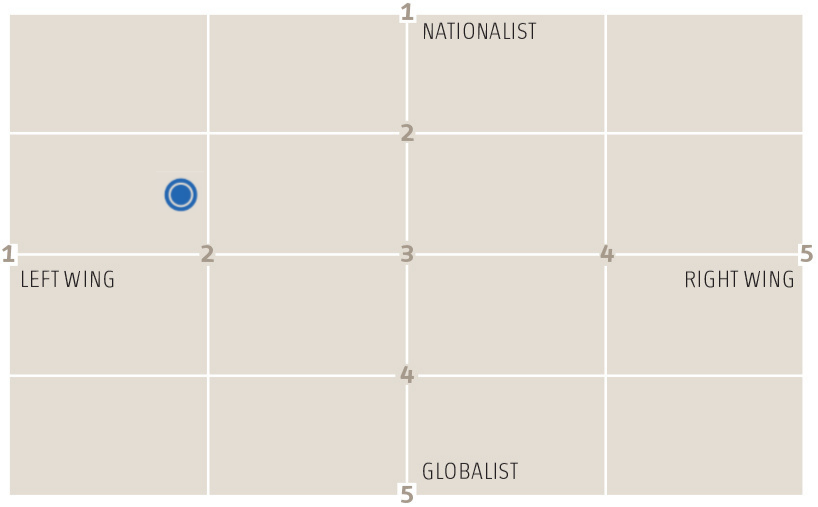 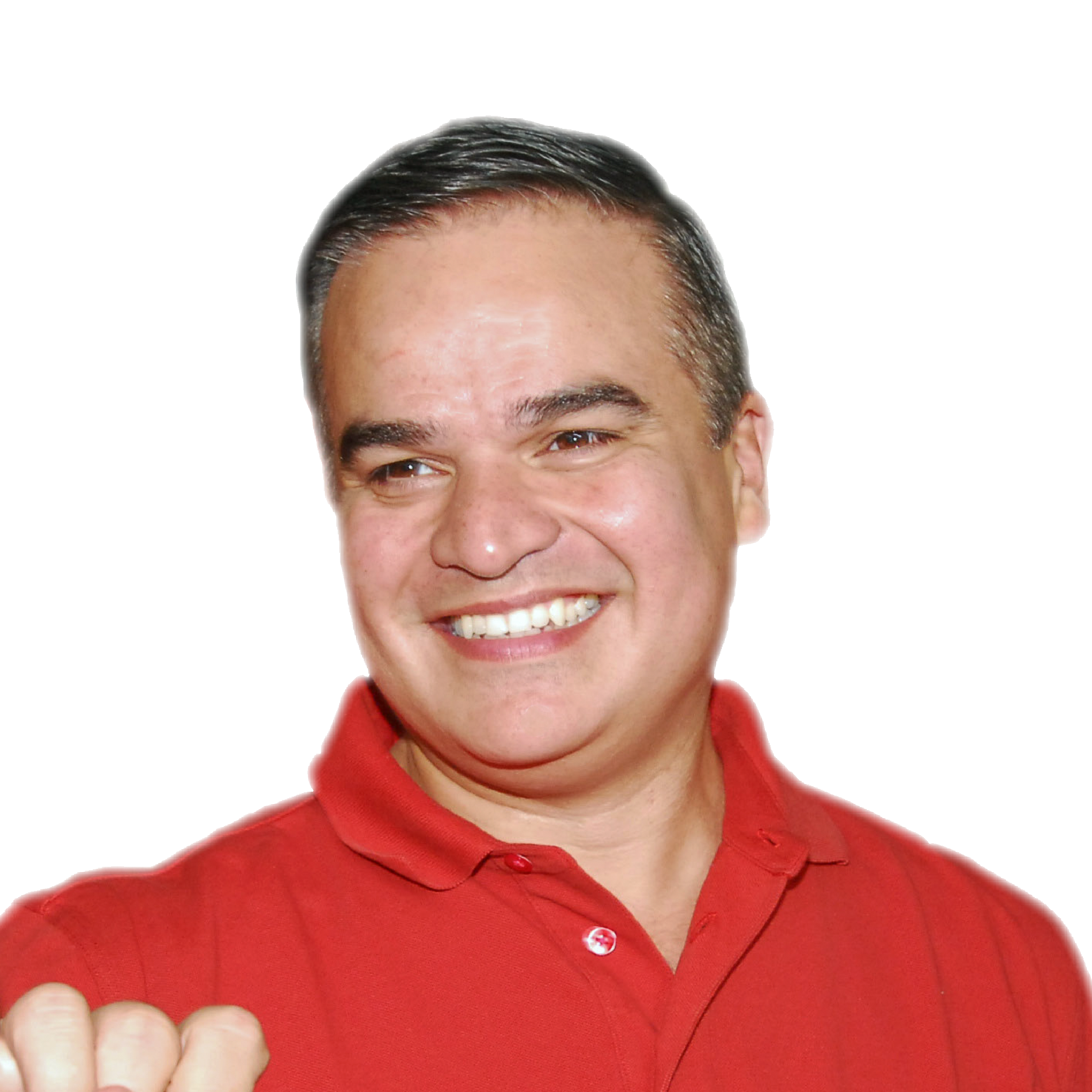 “Hondurans understand that my case wasn’t just. I don’t feel that they look at me with stigma.”

Yani Rosenthal is a businessman who comes from one of Honduras’ richest and most powerful families: His father was a vice president, a congressman, four-time presidential candidate, and the founder of the Continental Group, a conglomerate of businesses. Rosenthal has a long history of Liberal Party politics, having served as a deputy in Congress and later as a top minister to President Manuel Zelaya. In 2017, Rosenthal was sentenced to three years in U.S. prison for laundering drug money, a sentence he completed in 2020, just in time to run for president.

Rosenthal is a known figure who inherits support from his father, but his chances for a victory look increasingly slim as the election approaches.

The Liberal Party has lost its momentum in recent elections, and internal divisions could hurt Rosenthal’s chances — primary opponent and party president Luis Zelaya has said he would never support him. Ultimately, a convicted felon who is sanctioned by the U.S. and can’t travel there faces serious challenges in becoming a competitive candidate for the presidency.

People from San Pedro Sula and business elites who support the Liberal Party because of a family history of support, among others.

If he can eke out a win, he’s expected to pursue business-friendly policies and avoid making changes to the constitution. He has promised to try to halt migration by creating jobs and said he would call for a referendum to allow voters to decide on the legality of abortion, same-sex marriage and drugs. Even if he loses, his ties to the Zelayas, and his party’s likely representation in Congress, means he could be play a key role in drumming up support for Castro’s agenda, should she win. 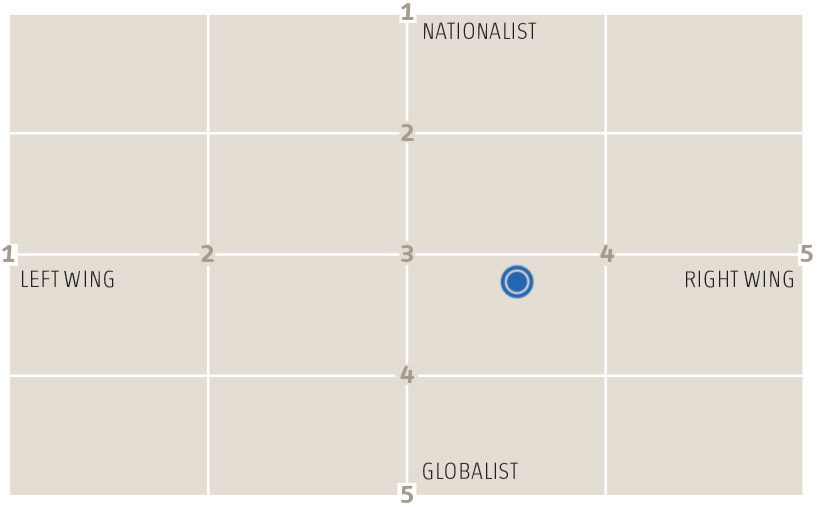 
Tags: Elections 2021, Honduras
Like what you've read? Subscribe to AQ for more.
Any opinions expressed in this piece do not necessarily reflect those of Americas Quarterly or its publishers.