CÚCUTA, Colombia — Majerly Ospina lives with her three children in a tin roof shack with walls of green plastic. They have no running water or electricity. Despite the hardships, Ospina is thankful for what they have in Colombia; living conditions were tougher in her native Venezuela.

“You can’t find food there,” she said, holding her five-month-old baby, who was born in a Colombian hospital. “We had to eat arepas – corn cakes – for a whole month because we couldn’t afford anything else.”

Food scarcity, hyperinflation and political instability are forcing Venezuelans to leave their country for neighboring Colombia and Brazil, where they settle in precarious conditions. Precise numbers on Venezuelans living in Colombia or Brazil are hard to come by as many are moving across the border without visas. But academic studies and government figures suggest there could be hundreds of thousands of Venezuelans who have sought refuge across the country’s borders. 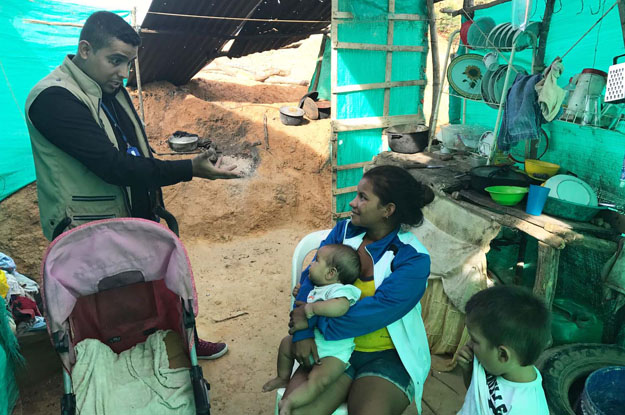 Majerly Ospina meets with German Ortega, the manager of the Jesuit Refugee Service Center in Cúcuta

Colombia’s national immigration service estimates there are 140,000 Venezuelans living in the country without documentation, but spokesman Juan Manuel Caicedo said the number is growing.  There were 8.3 million Venezuelan land crossings into Colombia in the first four months of this year, he said, but only 7.9 million registered departures, leaving a surplus of 400,000. A study by Venezuela’s Simón Bolívar University put the number even higher, estimating there were about 900,000 Venezuelans in Colombia.

What no one doubts, Caicedo said, is that “the number of those staying in Colombia is definitely going up.”

This is evident in border towns like Cúcuta, population 500,000, where officials are seeing their health care systems and other resources strained by the influx. Cúcuta Mayor Cesar Rojas warns against using Venezuelans as a scapegoat for economic problems such as the city’s high unemployment rate. But he’s also worried about what would happen if the economic crisis across the border lingers, and has started to work with the national government on an emergency plan that would enable the city to host up to 100,000 Venezuelan refugees by relying on hotels, public buildings and tents inside local gyms.

“We hope we don’t have to implement our plan,” he said, but noted that in Venezuela, “things seem to be getting worse.” 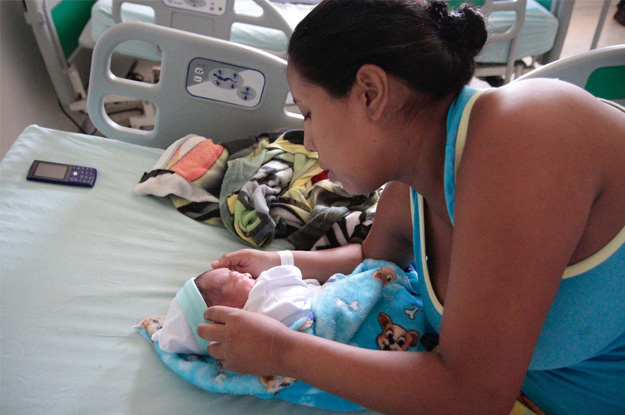 This latest exodus represents a significant shift in Venezuelan immigration. Initially the Venezuelans who left were mostly professionals seeking better career opportunities abroad, like the hundreds of engineers and administrators fired from the national oil company after an anti-government strike in 2002.  The current stream of refugees includes many low-income Venezuelans with few resources.

The number of Venezuelans arriving at Cúcuta’s Jesuit Refugee Service Center for legal and logistical support has doubled from around 80 people per day at the beginning of last year to around 160 people per day now, according to manager German Ortega.

At a nearby center run by the Catholic missionaries, construction workers and plumbers share rooms with a musician and an athlete who are seeking political asylum.

“My salary in Venezuela was not enough to feed my kids, or to pay for my daughter’s education,” said Freddy Galindez, a construction worker from Caracas who recently moved to Colombia with his wife and three children. The Galindez kids look under nourished and have scabs on their skin; they’ve gone for long spells without using soap.

“I’m willing to do anything to survive here,” Galindez said.

Despite their desire to work, the influx of Venezuelans is starting to overburden social services. At Erasmo Meoz, Cúcuta’s main public hospital, doctors said waiting times at the emergency room have become longer as hundreds of Venezuelans come for medical assistance that is unavailable or unaffordable at home. 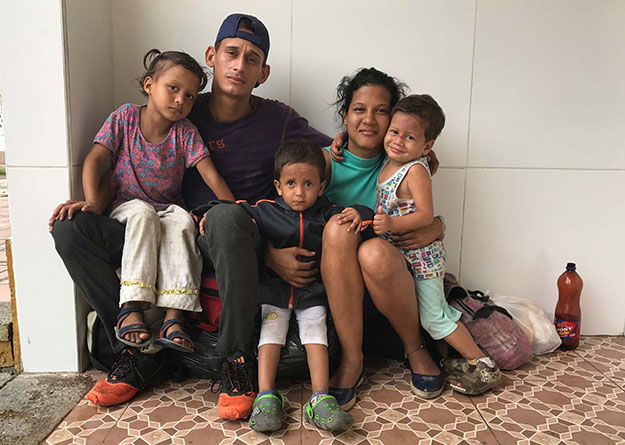 Andrés Eloy Galviz, the emergency room director, said medicine is scarce in Venezuela. He’s treating refugees for anything from bullet wounds to bone fractures and malaria. In the first three months of this year, 221 Venezuelan women delivered their babies at the Meoz hospital because post-natal care is also faltering across the border.

No one begrudges Venezuelans the help, he said: “We are all brothers and we help each other out here.”

There are limits to the hospital resources, however, and they are fast approaching. The ER treated 867 Venezuelans free of charge in the first three months of this year – three times more than at the same time last year. The hospital has accrued a debt of $1.3 million for the Venezuelans it has treated since 2015, because Colombian insurance companies do not cover their costs.

“If the crisis in Venezuela continues and more people come over, our emergency room could reach a point of collapse,” Galviz said.

Hospital staff and politicians in the Brazilian state of Roraima, which borders Venezuela to the south, have expressed similar worries. The emergency room at the state’s main public hospital in Boa Vista went from treating 324 Venezuelan patients in 2014 to 1,240 in 2016. The state’s governor declared a state of emergency over the influx of Venezuelan migrants in December to leverage federal funds for the region’s hospitals.

Applications for refugee status in Brazil are also skyrocketing: 8,231 Venezuelans sought asylum in Brazil in the first four months of 2017 compared to a total of 4,500 between 2010 and 2016, according to Brazil’s Ministry of Justice.

One thing is clear: as Venezuela’s crisis deepens, more of its citizens are going to seek refuge across the border. Neighboring countries would do well to prepare, said María Clara Robayo, an immigration specialist at Colombia’s National University.

“We need a census that will help us to better understand this influx, and help us to develop appropriate policies,” she told Colombian news site La Silla Vacía.

Rueda is a journalist based in Bogotá, Colombia, who has been covering Latin America since 2008.


Tags: Colombia, Immigration, Venezuela
Like what you've read? Subscribe to AQ for more.
Any opinions expressed in this piece do not necessarily reflect those of Americas Quarterly or its publishers.