In 1996, Luis von Ahn’s life changed when a beloved aunt was kidnapped and held for a week, a trauma that convinced the high school senior to pursue college outside of Guatemala. But as the 17-year-old began applying to U.S. universities, he found a problem: Guatemala had run out of seats to take the required English proficiency test. He paid about $1,000 to fly to El Salvador to take the exam instead.

The investment paid off: Von Ahn went on to earn his Ph.D. in computer science from Carnegie Mellon University, becoming a professor there and a pioneer in the field often known as crowdsourcing. Today, von Ahn, 43, is the CEO of Duolingo, the most downloaded education app in the world, which he cofounded in 2012, and one of Central America’s most celebrated tech entrepreneurs.

But von Ahn knows his path was an unlikely one, considering where he comes from. As a child, the completion rate for primary school in Guatemala was below 40%. Von Ahn’s physician mother worked hard to send him to a private school, where he rubbed elbows with the children of elites, ultimately coming to see education as a privilege for a select few.

“I always thought of education as something that brought inequality to different social classes.”

“I always thought of education as something that brought inequality to different social classes,” he has said. “People who have money can buy themselves the best education in the world. People who don’t have very much money barely learn how to read and write.”

Disrupting that cycle by making education “universally available” is Duolingo’s mission. Today, the company is expanding beyond its signature language courses, with new offerings teaching literacy and math. Von Ahn, too, is taking on a new kind of role for himself. By investing in education and speaking out against corruption in his home country, he has become a vocal advocate for the private sector’s active role in reducing inequality.

“Early on I wanted to do technology for technology’s sake,” von Ahn told AQ from Duolingo’s headquarters in Pittsburgh in August, shortly after the company debuted on the U.S. stock market with a nearly $5 billion valuation. “These days, I just want to have an impact on the world.”

In May, von Ahn was among a group of CEOs who met with U.S. Vice President Kamala Harris about efforts to foster economic development in El Salvador, Guatemala and Honduras. Von Ahn discussed the development of a Spanish version of Duolingo’s award-winning literacy app targeting three-to-17-year-olds, and he committed to expanding fee waivers for people taking Duolingo’s English proficiency test in these countries. The test can be done at home—no testing center or plane ticket, as in von Ahn’s experience, required. Even without a waiver, the $49 test costs just a fraction of what traditional alternatives charge.

Von Ahn has also announced the creation of the Luis von Ahn Foundation, which aims, among its core goals, to expand education for girls and women in Guatemala. The most recent census in 2018 found that while 85% of men and boys in Guatemala over the age of seven could read and write, only 78.3% of women and girls over seven could— a figure that drops below 70% in rural areas.

“In a country like Guatemala, if you have low resources and you have to make a decision, you choose to educate your boys rather than your girls,” von Ahn said. And because a child’s IQ has been shown to be more correlated with their mother’s education level, von Ahn notes, investing in a girl’s education has a direct impact on the next generation, too.

Von Ahn’s emphasis on human capital comes as Latin America faces a critical juncture. The pandemic has taken a disproportionately heavy toll on the region’s students, who on average have lost more days in the classroom than any other part of the world. As public and private sector leaders try to minimize the losses, von Ahn can serve as a source of ideas and inspiration.

“There are more Luis von Ahns out there, in Guatemala and elsewhere in the Northern Triangle, who we don’t know about,” said Luis Alberto Moreno, the former president of the Inter-American Development Bank. “If given the opportunity to get the kind of education he got, they could very well build businesses like his.”

Von Ahn’s career began in the computer science department at Pittsburgh’s Carnegie Mellon University. His work there, much as at Duolingo, focused on using technology to maximize the potential of people. At Carnegie Mellon, von Ahn helped develop the field of human computation, known to many as crowdsourcing, which involves, as he described it, building systems “that combine humans and computers to solve large-scale problems that neither can solve alone.”

Those systems included a series of multiplayer computer games, including one where players helped label images on the internet—technology that Google bought to help label its vast catalogue of images and improve its searches.

“Everything he did was geared toward finding ways of engaging people in things that are useful,” said Josh Benaloh, a veteran cryptographer at Microsoft who hired von Ahn as a summer intern in 2004.

What really put von Ahn on the map was CAPTCHA, which he developed with his thesis advisor, the distinguished Venezuelan-American computer scientist Manuel Blum. Anyone who has ever had to type in a series of distorted words to buy a concert ticket or open an email account to prove they are human has used CAPTCHA. The idea for CAPTCHA arose after von Ahn and Blum attended a talk in 2000 by the chief scientist at Yahoo, which was struggling to keep scammers from opening email accounts to send spam. By having the idea to ask internet users to do something simple, but that computers could not yet do well, Von Ahn created a valuable tool for Yahoo and many businesses.

Before he even turned 30, CAPTCHA and von Ahn’s other innovations had made him a rising star in the tech world. Bill Gates spent 45 minutes on the phone with him trying to convince him to work at Microsoft. Von Ahn turned him down, preferring to “do his own thing.” In another unexpected phone call, von Ahn was informed that not only was he in the running for a MacArthur Fellowship, but that he had won the award and the $500,000 no-strings-attached prize that came with it.

Shortly after that in 2006, von Ahn said that his goal was “to have a site where literally millions of people come and work on tasks that are useful for humanity.”

That dream would become the massive success that is Duolingo. But at the time, von Ahn was a bit frustrated.

“I think he felt some guilt in the hours that people wasted doing CAPTCHAs,” Benaloh told AQ. “People hated doing them.”

Von Ahn calculated that 200 million users a day were spending 10 seconds to fill in CAPTCHA, equal to over 500,000 hours every day. Wanting to get more from those hours, von Ahn created reCAPTCHA, a more useful offshoot of CAPTCHA that used the original idea to have users digitize books and newspapers for clients like The New York Times by translating a word from a scanned document that computers couldn’t decipher.

Shortly thereafter, a self-described “restless” von Ahn started Duolingo with Severin Hacker, a former graduate student of his from Switzerland who, like von Ahn, knew firsthand how learning another language can change your life.

Von Ahn had not planned on leading a company, telling AQ that he “specifically stayed away from other people’s problems” growing up. In fact, von Ahn described himself as conflict averse. “The first person that I ever fired in my life I had to fire three times because they didn’t understand.”

When it comes to Guatemala, however, von Ahn, who lives in Pittsburgh, is increasingly vocal, primarily about government corruption, which he called “probably the single biggest problem in Guatemala.” Von Ahn has called himself a “dissident of Guatemala’s government” on Twitter and has criticized officials who are part of what he and many others call the country’s “pact of the corrupt.” These include the attorney general who fired an anti-corruption prosecutor who was gathering evidence into alleged corruption by the president.

Von Ahn “is someone who wants a change for our society and has had the courage to raise his points of view, even going against the conservative establishment,” Juan José Narciso Chúa, a columnist at Guatemalan newspaper La Hora, wrote in 2020.

To support government accountability, von Ahn has personally funded Guatemalan investigative journalism outlets, including La Hora, which was exclusively family-owned for a century before von Ahn became a major shareholder in 2020.

“Other than doing things that would probably risk my life, this is one thing that I think I can do to help,” von Ahn told AQ. “I spent quite a bit of money trying to help journalism in Guatemala.”

Some business leaders in Guatemala have joined von Ahn in speaking out against efforts to stall anti- corruption work. Von Ahn is a member of the National Entrepreneurs Council, an organization of business leaders formed in 2021 to advocate for renewal within Guatemala’s private sector. But not enough leaders are taking a stand, von Ahn said.

“There are a few people that matter a lot in Guatemala. They are not changing,” von Ahn told AQ. “I’m not sure that they are massively corrupt, but they understand that it’s probably not in their interest to rock the boat.”

One group giving von Ahn hope is the next generation of business leaders, particularly in Latin America. This year, he started a Spanish-language podcast—Emprendedores con Luis von Ahn—in which he offers inspiration and insight to aspiring entrepreneurs through interviews with other Latin Americans who have started successful companies with a social impact.

“Latin America is kind of a forgotten continent, certainly in terms of tech investment,” von Ahn said. “I think that is changing, and my hope is to accelerate that change.”

Von Ahn is also committed to expanding Duolingo’s impact both through a growing number of languages on offer—five new languages rolling out this year include Haitian Creole—and the development of an app to teach elementary school math. Duolingo is also expanding its programs to aid language teachers in the classroom or, more recently, remotely.

Back in 2007, in an interview with Wired, von Ahn referred to humanity as the “biggest supercomputer in the world.” In an age of self-driving cars and humanoid robots, von Ahn’s mission to use technology to make the most of our natural talents is a reassuring alternative to technologies that threaten to replace them.

Tags: Entrepreneurship, Guatemala, Social Entrepreneurship, Tech
Like what you've read? Subscribe to AQ for more.
Any opinions expressed in this piece do not necessarily reflect those of Americas Quarterly or its publishers. 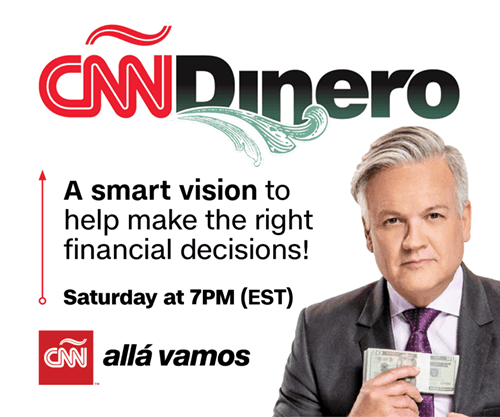