During his campaign for a seat in the Chamber of Deputies in 2021, Diego Santilli refurbished an old Volkswagen van, painted his smiling face on its side, and added the slogan, “Get on board with hope.” Santilli used this van, nicknamed the “Santileta,” to tour his district. Unfortunately, the Santileta broke down, and a bystander snapped a photo of the symbol of “hope” getting towed away.

The moment resonated with voters, who saw their own struggles in the van’s pitiable fate. Santilli benefitted from greater name recognition and an aura of optimism in the face of life’s inevitable setbacks. Voters ultimately elected Santilli, showing that candidates can benefit from even apparently negative social media exposure if they find a way to match it to the narrative or persona they campaign on. “You have to remember that when people vote, it’s not just a rational decision,” said Jesús Elizondo, a 24-year-old political consultant from Nuevo León, Mexico, who has advised presidential campaigns on three continents. “It’s something they feel, too.”

Perhaps the biggest electoral surprise of 2022 was 77-year-old Rodolfo Hernández, who relied heavily on social media to reach Colombia’s presidential runoff. With the help of Argentine publicist Ángel Beccassino, he cultivated a relatable persona through posts that radiated behind-the-scenes intimacy, genuineness and positivity. This played well with a public battered by the pandemic, political polarization and economic crisis. To broaden his reach, he invited young influencers to hang with him on his ranch, and in another key move, he announced just hours before a first-round debate that he would be the only presidential candidate not to participate. Instead, he went live on Instagram to connect directly with followers and answer questions informally—even eating a mango—creating an impression of accessibility that contrasted markedly with the formal debate.

Hernández first went viral on TikTok, which he joined in February 2021. With his team’s guidance, he steadily built his presence on the platform, and just five months later, one of his posts reached 1 million views.

Hernández’s campaign showed how—given a political context increasingly defined by anger at politics-as-usual—candidates with novel messages are best served by communicating them through novel channels. People who are fed up with the same old messages might tune out even new messages if they arrive over traditional channels, Elizondo explained. But others should be cautious about attempting to emulate Hernández. “TikTok relies on short, humor-based reactions, so it’s easy to come off as a clown,” Elizondo said. Even if politicians manage to avoid being “cringe” and attract some new voters, their antics may ultimately turn off many more.

When Guilherme Boulos was running a long-shot campaign for mayor of São Paulo in 2020, he turned to video games. Boulos played Among Us with digital influencer Felipe Neto on YouTube, and the stream reached 2.5 million views in two days. In Brazil, political discourse among the gamer public leans right, and Boulos, a leftist, used it to reach new audiences. He also appeared via Twitch, a streaming platform for gamers, on a video game podcast associated with Brazil’s right wing. His outsider campaign gained steam, and, against the odds, he advanced to the runoff, though he ultimately lost.

In the October 2022 elections, Boulos was elected to the Brazilian Congress as a federal deputy for the state of São Paulo. He received over a million votes, making him the federal deputy candidate who earned the most votes in the state and the second-most in the country.

Twitch allows viewers to watch both gamers and their screens and interact with them over voice and text chat, providing an informal environment for communication. Politicians are increasingly active on Twitch, sometimes generating controversy. In 2020, President Jair Bolsonaro’s fourth son, Jair Renan Bolsonaro, was banned from the platform for allegedly spreading COVID-19 misinformation. “Twitch is very important,” Elizondo said, because political communication in very niche channels can be especially effective. “We’ve run strategies to focus on gamers, specifically those who play Call of Duty, Halo, Minecraft. … We’ve even done ads targeting fans of certain kinds of anime.”

Brazil has the fifth-largest population of gamers in the world, and politicians see them as an increasingly important voting bloc. The right has been especially active on Twitch, and in courting gamers more broadly; Bolsonaro has lowered taxes on video games and consoles—four times. But even old-guard leftist politicians like Eduardo Suplicy are appearing on Twitch live-streams. This trend is most pronounced in Brazil but is also gaining steam elsewhere. In Argentina, for example, President Alberto Fernández and Deputies José Luis Espert and Javier Milei have all given interviews on Twitch.

Governor Samuel García of Nuevo León won his 2021 election thanks in large part to the support of his influencer wife, Mariana Rodríguez, who has 2.3 million followers on Instagram alone. When García kicked off his candidacy, Rodríguez immediately began to post about his campaign. They built on this with content that aimed for entertainment value; they shot a music video with a famous local child singer, and in another video set to “My Heart Will Go On,” they stood at the front of a speedboat parodying the famous embrace in Titanic. The embrace even earned headlines, like one in Infobae for an article that contrasted García’s viral rise with the fall of another candidate in the race, who went viral when a video from 2016 circulated showing her with the leader of an infamous sex cult.

“[García’s] social media presence and his wife’s as an influencer played an important role in his election,” Elizondo said. But not everyone was entertained. The government slapped García with a fine of 55 million pesos—around $2.8 million—for not declaring Rodríguez’s posts as campaign contributions with monetary value. The case involved around 1,300 Instagram stories posted within 90 days of the election and set an important precedent in Mexico that may soon cross borders. Questions of when exactly posts, shares, interviews and other kinds of “platforming” become campaign contributions will soon cause headaches for regulators across the globe.

Amid intensifying social upheaval over inflation, inequality and corruption, deputies from Panama’s ruling PRD party kicked off a new legislative period in July with a toast of luxury Macallan whiskey. An attendee naively posted a video of the deputies, dressed in white suits, on social media. It went viral instantly, attracting intense criticism from all sides.

The video was posted on various social media platforms, and news outlets picked up the story.

The viral incident helped to crystallize the social discontent that erupted into massive, weeks-long demonstrations. “There’s a lot the public doesn’t know about how politicians and their teams use social media for campaigning, but at the same time, there are a lot of politicians who don’t understand social media,” Elizondo said. The incident shows the danger politicians face when they use socials without professional advisors to help them understand the public mood and the tools themselves.

Brown is an editor and production manager at AQ.

Graña is an undergraduate student from Argentina double-majoring in History and English at NYU, specializing in historical research and creative writing. 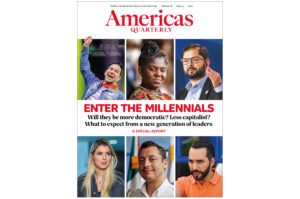 Millennials account for about a quarter of the population, and are rising into positions of power. A special report explores how they may change politics forever. 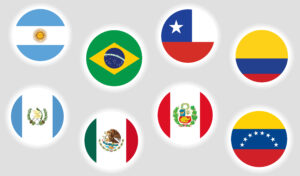 Graphic: Where Are Young Politicians Taking Power in Latin America? 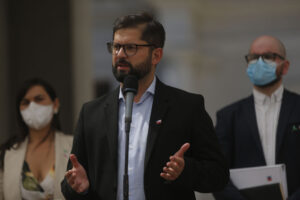 Enter the Millennials: Latin American Politics Will Never Be the Same

The new generation must escape the pull of the established left and right – and resist the urge to dominate.

Tags: Latin America, Millennials in Politics, Political Campaigns, Social Media
Like what you've read? Subscribe to AQ for more.
Any opinions expressed in this piece do not necessarily reflect those of Americas Quarterly or its publishers.