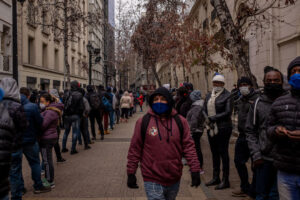 Political opportunists have taken advantage of the angst amid the pandemic.

Since 1980 Chile has been at the forefront of the debate over social security reform in Latin America—though not always happily. More than two decades after then-Chilean Labor Minister Jose Piñera announced a ground-breaking plan for individual retirement savings accounts that he promised would lead to “a new political, social, and economic reality,” Chile is … Read more