Thirty years after the end of one-party rule, and 17 after the PRI’s first electoral defeat in the race for the presidency, many Mexicans are gazing at their democracy with a sense of buyer’s remorse.

It’s not hard to see why.

Heading into the 2018 presidential elections, there are 14 current or former governors under investigation for corruption. Around 80 percent of Mexicans see corruption as a major problem, citing it as the second-most significant challenge now facing the country (behind only violence). A decade of increasingly severe and widespread corruption scandals has left the population with the sense that their political system is beyond repair.

The good news is that it isn’t; there is a clear path forward. The bad news is that corruption in Mexico, as elsewhere in the region, has very deep roots.

Corruption erodes social cohesion, increases violence, and costs Mexicans a lot of money (at least 2 percent of GDP a year, according to most estimates). But nowhere is it more destructive than in politics.

The problem begins with how campaigns are financed. Despite having one of the most generous public financing schemes for candidates and political parties, Mexico is awash in illicit campaign funds. Candidates nationwide report spending only 38 percent of the amount they are allocated, according to a recent study. But academic and journalistic analyses suggest that for every peso that legally enters a race for public office, another six to 10 come in under the table.

These funds have various sources. Money from private companies and criminal enterprises flows more or less freely under a host of fraudulent schemes: front or shell companies, rigged infrastructure procurement, patronage, diversion of public resources, and even extortion. During gubernatorial elections in 2017, the governor of Chihuahua was found to have diverted $4.1 million from the state payroll to the PRI for its campaign. Andrés Manuel López Obrador’s Morena Party was similarly found to have misused public funds in the race for governor of Mexico state. 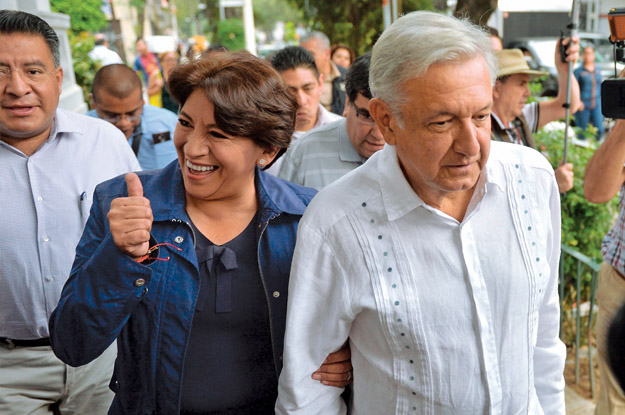 Given the amount of illegal money used in campaigns, elected officials frequently begin their terms in debt to their political contributors. Public servants break the law in order to get to their position and do so again after taking office because of commitments they made during the campaign. Voters, and their interests, are sidelined.

Thus, democracy suffers. This is perhaps what is most troubling about the current state of affairs in Mexico. According to the latest Latinobarómetro poll, satisfaction with democracy in Mexico fell from 41 percent in 2006 to just 18 percent in 2017. Support for democracy fell from 54 percent to 38 percent over the same period. Both numbers are well below the current regional averages of 30 percent and 53 percent, respectively.

Political corruption exists for many reasons and comes in many forms. But the common thread is the erosion of trust in institutional life: Social norms, markets, the rule of law and representative politics all become more brittle when corruption is systemic. This is very much the case in Mexico: Corrupt behavior has become generalized, expected and tolerated. Every day and on a massive scale, many Mexicans are forced to pay for public goods to which they are already entitled, while others pay for privileges to which they have no right.

The cost to the Mexican people is high: Households earning the average annual salary lose something like 14 percent of their income to corruption, while minimum wage earners lose around 33 percent of their salaries. In other words, corruption represents a considerable regressive tax on a large portion of the population.

Given all this, it can seem that political corruption in Mexico is inevitable. Thankfully, it is not. Our values are not so different from those of other people. The problem is that incentives to create networks of corruption and take part in illegal acts are well established, and difficult to break down. Mexico is crying out for more robust state policy against corruption — a commitment to root out graft that transcends presidential terms, state boundaries and institutional sectors.

There have already been efforts in this direction — some more successful than others. The creation of the General Audit Office (Auditoría Superior de la Federación) has borne fruit. But the National Anti-Corruption System, a set of laws and institutional reforms meant to facilitate transparency and reduce impunity for corruption-related crimes, has fallen victim to political infighting. Three years after its approval, the Senate has yet to name the special prosecutor on corruption-related crimes or fill key vacancies, including the 18 magistrates that are supposed to investigate and prosecute administrative misconduct.

This gets at the heart of the challenge Mexico now faces. Each institutional link in the chain required to limit corruption contains severe structural flaws. Understanding these gaps is essential to correcting them. Here, too, there has been progress. Nongovernmental organizations have already drawn the risk map that allows us to identify the legal loopholes that open the door to corruption; the government entities and programs with the biggest budgetary risks; and those areas where institutional goals are most likely to be compromised and the public interest superseded by personal benefit.

This information provides us with a sound understanding of what needs to be done. Perhaps the most obvious thing to do would be to start from the beginning, trying to prevent corruption in the first place. But in the Mexican case, it is the justice system that should be the priority: One of the biggest drivers of corruption in Mexico is the near certainty that culprits will not get caught nor punished. Impunity levels for corruption-related crimes top 98 percent.

To change this, there are several steps Mexico can take. The country’s recent transition to an accusatory justice system has been challenging, but it should reduce the time it takes to prosecute white-collar crime over the long run. Sharing information with public and private financial institutions as well as with regional partners could also help snuff out and punish wide-scale industrial corruption. Another positive step would be the inclusion of an anti-corruption chapter in NAFTA renegotiations that would force Mexico to adopt something similar to the Foreign Corrupt Practices Act (FCPA) in the United States.

Sadly, what is lacking now is a real political commitment to get reforms off the ground and build the institutional capacity we know is needed. Fighting corruption starts with political will but cannot depend on it alone — institutions must be strengthened to fill the void when politicians fail. But what the New York Times called the government’s “refusal to cooperate on some of the biggest cases facing the nation” has made building that institutional framework difficult.

Graft and impunity are today a central part of Mexico’s public discourse, and will be one of the main topics in next year’s general election. The door in 2018 is open to any presidential candidate willing to take the fight against corruption seriously. Let’s hope at least one of them is listening. 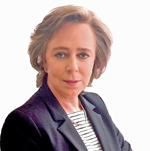 María Amparo Casar is the CEO of Mexicanos Contra la Corrupción y la Impunidad (Mexicans Against Corruption and Impunity). This article is based on her book, Anatomía de la Corrupción (Anatomy of Corruption, 2016) and on a forthcoming research paper.