One is a Mexican leftist. The other is a Brazilian arch-conservative. They’re different enough that they may not love appearing side-by-side on our cover.

But Andrés Manuel López Obrador and Jair Bolsonaro have one big thing in common: Both are nationalists who have made the fight against corrupt elites their main rallying cry. That may prove a winning formula during a year when two of three Latin Americans will elect a new president, and public anger about graft has never been higher.

Brazilians and Colombians, both of whom vote in 2018, rank corruption as their country’s biggest problem, according to the latest survey by Latinobarómetro, a pollster. Mexicans say it’s less critical than violent crime  — but more important than the economy. Corruption is not new in Latin America, but so much focus on it is. The revelations of the Car Wash scandal in particular have enraged millions across a region where voters are much more likely to be educated, middle-class taxpayers than they were 20 years ago. Modern technology and more independent judiciaries have made shady dealings harder to hide.

Faced with this historic shift, many elites have responded with denial, indifference  — or worse. Brazilian President Michel Temer’s so-called “Christmas pardon” of Car Wash convicts was just the latest attempt to undermine that investigation. The December arrest of an ally of Mexican President Enrique Peña Nieto reminded voters of the rot within his party. While some business leaders have acknowledged the need for change, the relentless drumbeat of new scandals suggests old habits die hard.

With each new insult, voter fury grows  — and outsiders rise in the polls. Bolsonaro is an apologist for dictatorship whose self-proclaimed conversion to market economics has yet to convince many investors. But polls suggest voters may overlook his sins if they regard him as Brazil’s only “clean” candidate. On the left, López Obrador and Colombia’s Gustavo Petro would, if elected, turn two of Latin America’s most open economies further inward.

There is an alternate path: Reform. More moderate candidates should be unafraid to offend entrenched interests, and embrace the fight for transparency. In this issue, some of the greatest luminaries in Latin America’s anti-corruption movement offer proposals, including Car Wash Judge Sérgio Moro, Argentine anti-corruption chief Laura Alonso and former Brazilian Attorney General Rodrigo Janot.

It’s hard to believe that, in the era of Donald Trump and Brexit, anyone could be complacent about the appeal of nationalists who promise to “drain the swamp.” But Latin American establishments are running out of time. Without change, the region’s political landscape may well look radically different a year from now. 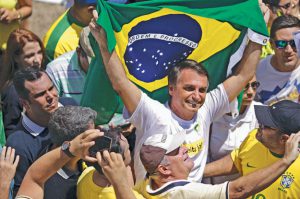 System Failure: Behind the Rise of Jair Bolsonaro

How a retired Army captain rose from a marginal apologist for torture and dictatorship to a serious contender for Brazil’s presidency. 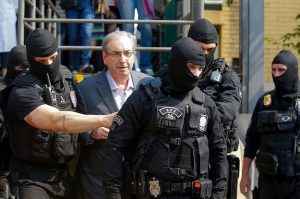 The Brazilian attorney general who prosecuted the historic corruption case reflects on its lessons in this exclusive article for AQ. 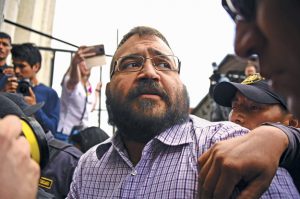 The Shadow Hanging Over Mexico’s 2018 Elections

Why political corruption persists in Mexico – and some ideas on how to fix it. 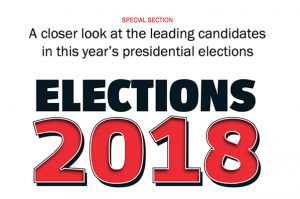 A closer look at the leading candidates in this year’s presidential elections. 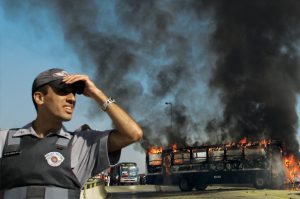 Can Anyone Stop Brazil’s PCC?

Brazil’s biggest gang has expanded across the region. Confronting them head-on might just make the problem worse.

Ideas for a Better Latin America