Corruption has been a problem in the Americas for centuries. But something different – and, we think, historic – is happening right now.

From Brazil to Guatemala and beyond, a new generation of prosecutors, judges and activists is making extraordinary progress. These brave, highly skilled “corruption busters” are prosecuting offenders and sending them to jail in unprecedented numbers – no matter how powerful they are.

If this crackdown continues, it will go down as one of the most important changes to Latin America in the 21st century. It will strengthen democracies. It will make the business world more transparent, and more open to new players. And it will help reduce poverty and inequality, as the billions of dollars lost to graft every year are redirected toward the neediest.

Here at Americas Quarterly, we’ve decided to celebrate five distinguished leaders behind this trend. They are: Sérgio Moro, the Brazilian judge overseeing the probe at Petrobras; Iván Velásquez and Thelma Aldana, the Colombian prosecutor and Guatemalan attorney general whose joint investigation led to the imprisonment of a Guatemalan president; José Ugaz, the Peruvian prosecutor and global chair of Transparency International; and Viridiana Rios, a Mexican activist and academic whom we chose as a symbol of the younger generation of Latin Americans agitating for change on social media.

Below, you’ll see a video and links to profiles that explain who they are, and tell their stories of bravery and persistence. (The image on our cover, by the way, is a photo illustration put together by an artist based on a certain 1984 movie.)

We are in awe of them. And we hope they continue to enjoy great success.

Winter is the editor-in-chief of Americas Quarterly. 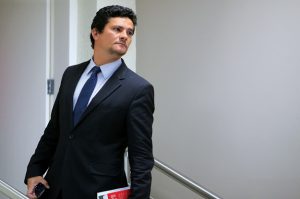 The federal judge behind Brazil’s biggest-ever corruption probe is part of a broader cultural shift. 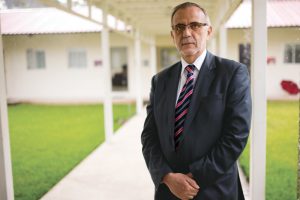 Few have been as brave in their pursuit of cartels and the corrupt. 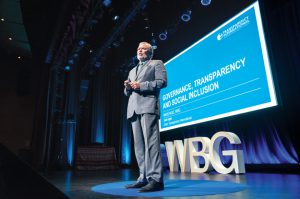 The Peruvian “powerhouse” leading one of the world’s biggest antigraft groups. 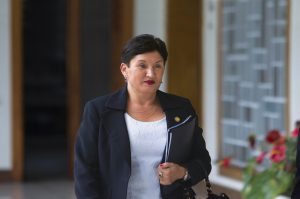 A new generation brings new tools to the anticorruption battle.
Like what you've read? Subscribe to AQ for more.
Any opinions expressed in this piece do not necessarily reflect those of Americas Quarterly or its publishers.