The Uber driver hesitated before letting out his two young passengers at the cavernous former metalworks. “He got scared,” recalled Priscila Lougue, a 33-year-old decorator. “Two women entering a warehouse in such an ugly area? He asked us: ‘What kind of place is this?’”

A brewpub, it turned out — the sort of business that is reviving District 4, a strategically located but long-neglected area of Porto Alegre, Brazil. In this unorthodox model of urban renewal, a young crowd drinks craft beers by night after a slightly older crowd brews them by day, and voilà: a stretch of abandoned industrial buildings comes to life.

Lougue and her friend, Bianca Santos, were heading to sample some of the 20 beers on tap at 4Beer, a bar that spearheaded the area’s malt renaissance in 2016. Brothers Rafael and Daniel Diefenthaler, who founded 4Beer with two other partners, faced a desolate landscape back then. “At night, it made you think of a scene from a Western, with tumbleweeds sweeping through town,” said Rafael.

The dilemma — how to encourage development in central locations, rather than seeing cities continue to creep outward — is one that has vexed policymakers throughout Latin America since at least the 1950s, when the region’s cities began expanding at a vertiginous rate.

District 4 is in many ways emblematic. The area began attracting manufacturing in the late 19th century, and German immigrants and their descendants built up this flood-prone land north of the city center. It thrived through the mid-20th century. But, by the 1970s, businesses had started decamping to the city’s outskirts, leaving a strategic stretch of land — nestled between the airport and downtown and well served by public transportation — underused.

“Ever since District 4 began to fail, people have been talking about its revival,” said Rodrigo Corradi, the city’s chief resilience officer, a title created when the city joined the 100 Resilient Cities program created by the Rockefeller Foundation. “The city will not advance if District 4 does not advance.”

Urban renewal projects around the region have often failed, but there are success stories: Buenos Aires’ once-bleak Puerto Madero area has been revived over the past 20 years with modern residential towers. Quito succeeded in preserving a historic feel while bringing back vibrancy back to its historic center.

Porto Alegre has been slow to emulate such progress. A comprehensive effort began in 2016, when the city commissioned a plan from Benamy Turkienicz, an architect at the city’s federal university. His team’s Masterplan 4D proposed a sort of midway point between Puerto Madero and Quito, maintaining the low-slung profile of the district while building new facilities for three of the city’s space-deprived universities, as well as museums, a hospital and a government administrative center. The plan would also reroute much of the speeding bus traffic along Avenida Farrapos, breathing life from the more residential east side of the district into the moribund, industrial west.

But Brazil was in a financial crisis, and by the time the plan was ready, Porto Alegre had elected a new right-of-center mayor, Nelson Marchezan Júnior, who wanted to see a more private-sector-oriented approach. Under the resiliency program, the city secured $150,000 from the World Bank to fund a team of Deloitte consultants to modify the development plan.

That report is not due in until the end of 2018, but “life goes on while you’re making plans,” said Corradi. “The area is alive.”

Though the district is still characterized by empty buildings, small-scale mechanic shops and prostitution, there are signs of change. Three fancy residential towers went up a few years back. A Creative District of artists and entrepreneurs have breathed life into the southern end of the district, revolving around the Vila Flores Cultural Association. But it is beer that fuels the revival of the most dilapidated blocks.

Not just beer — good beer. Despite Porto Alegre’s largely German heritage, most of its 1.5 million residents prefer industrially brewed lagers and can’t tell a double red IPA from an extra brown English ale. Neither could the Diefenthaler brothers, but that changed in 2008 when they traveled to London and fell in love with English beer.

“When we returned we couldn’t go back to the watery Brazilian stuff,” said Rafael.

They experimented with home brewing and eventually founded Deifen Bros beer, which they brewed in a 750-square-foot space in the city’s southern zone. Along came Caio de Santi and Cristiano Santos who, after winning a national award for their home-brewed oatmeal stout, hired the brothers to brew it for them under the brand name Polvo Loco (Crazy Octopus).

With space being tight and rent high, the four soon cooked up plans for a brewpub. De Santi spotted a “For Rent” sign at the old metalworks — which had most recently manufactured hospital furniture — and soon the four partners had rented a space nine times bigger for just twice the cost of the Diefenthalers’ old spot.

A couple of months after 4Beer opened its doors in April 2016, District 4 gained its second brewpub, Distrito. Since then, about a dozen beer brands with fanciful names like Suricato (Meercat), Al Capone, and Fellas (as in Good-) have set up shop, either brewing on-site or using the district’s ample space to set up warehouses and offices. A few less malty spots have also cropped up, including much-ballyhooed Agulha, a year-old cocktail bar and music venue in a former boat repair shop. Marcelo Schambeck, one of the city’s top chefs, will soon open a new restaurant called Capincho.

On an August afternoon in a three-story-high warehouse tucked between a gas supplier and an auto electric shop, 60-year-old Carlos Hirschmann Almeida was peering into a refractometer to measure the sugar content in a test batch of IPA at his spot, Fellas Beer.

“It was and still is a dangerous area,” he said. “But we’re doing our part. The breweries are starting to open their doors, bringing activity, jobs, taxes, people, and that all leads to the revitalization of the neighborhood.”

With government funding scarce, the 4Beer folks banded together with other local business owners and raised about 130,000 reais ($31,000) to repair municipal pumping systems that had fallen into disrepair, causing flooding. Agulha is preparing a crowdfunding campaign to pave streets, improve lighting, and spruce up the area.

That same August evening, the line to get into Agulha stretched down the block. Distrito was packed for its regular Thursday night blues band. 4Beer was hosting a cheese tasting and a surprise party. Lougue and Santos, the two young women who had spooked their Uber driver weeks earlier, were back. For Santos, the brewpub and neighborhood are a novelty. “Looking at it from the street,” she said, “you’d never expect what’s inside.”

Corradi, the city official, said he has implored the Deloitte consultants to incorporate entrepreneurs into any plans. “We can’t suffocate this industry that was born despite the government, with no incentive,” he said. “We have to support these guys.” 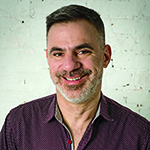 Seth Kugel is a frequent contributor to The New York Times. His book, Rediscovering Travel: A Guide for the Globally Curious, is due out in November from W. W. Norton & Company.