For many people, gender diversity is important because it removes barriers that have historically prevented women from taking their rightful places in the corridors of power. But there’s also a specific business case to be made: including more women in the corporate setting will help meet customers’ needs, enrich understanding of the pulse of the marketplace and improve the quality of products and services.

The business case rests on what should be an obvious point: companies cannot effectively sell to women if they do not understand and value women, whether as customers or as employees. Therefore, increasing gender diversity in Latin American companies, especially in mass consumer-oriented sectors where women form large portions of the actual or potential customer base, will help boost their bottom line.

In the United States, proponents of diversity commonly make the claim that diversity pays. The greater the diversity among employees, the broader their perspectives, resulting in an ability to marshal a wider array of intellectual and cultural resources to solve problems. Diversity also is a source of creative conflict that can lead to a re-examination of assumptions that would otherwise be dominated by male points of view. The putative competitive advantages—fresh ideas, positive outreach and communication with customers, more qualified workers— have persuaded many companies that diversity can produce greater profit. 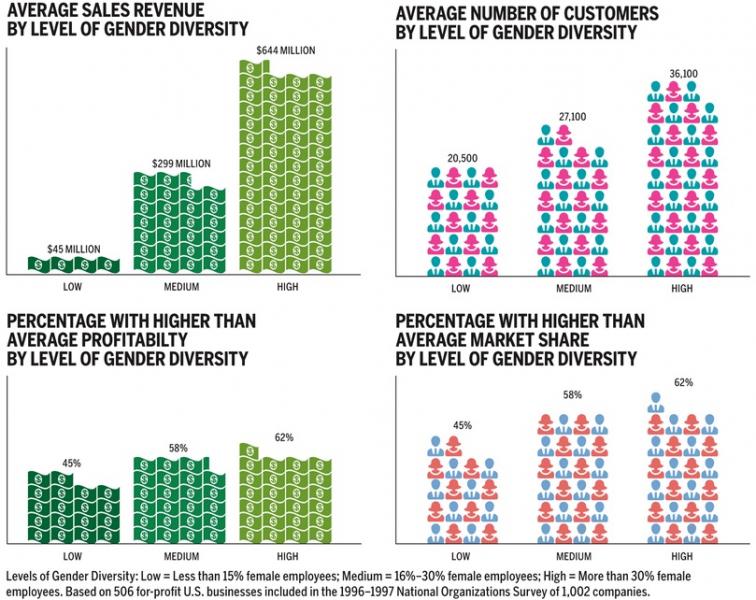 Higher levels of gender diversity were also associated with greater numbers of customers.