MEXICO CITY – As a Mexican citizen who studied in the U.S., teaches U.S. politics to Mexican students, and has worked as a journalist covering U.S. presidential elections for Mexican audiences, the Democratic candidates’ seeming lack of interest in Mexico has been disappointing. I don’t just mean Amy Klobuchar and Tom Steyer’s inability to come up with Andrés Manuel López Obrador’s name in recent interviews. (As it happens, I’m not sure Elizabeth Warren, Bernie Sanders or Joe Biden would have fared any better if asked the same question.)

Despite its economic and cultural importance to the U.S., Mexico has featured very little in the Democratic campaign thus far. That’s a shame, because what happens in Mexico – on security, development, migration, politics, culture and a host of other issues – has profound effects north of the border.

To be fair, there are some tea leaves to be read. Despite losing big in South Carolina on Saturday, Sanders heads into Super Tuesday as the frontrunner for the Democratic nomination. Sanders says he would put a near-complete moratorium on deportations, end the construction of a “racist” border wall, and legalize marijuana nationwide through executive action within his first 100 days in office. These positions would affect Mexico and could help restore some Mexicans’ confidence in U.S. leadership. This in itself is important: A recent Pew Research Center study found that 89% of Mexicans do not trust Donald Trump to “do the right thing regarding world affairs.”

The other Democratic candidates generally share a progressive view of migration though, perhaps, have been more measured in the way they talk about the issue. Mike Bloomberg, Warren and Biden all have pro-migration platforms and say they would pursue a version of immigration reform. Warren last week released a plan for the U.S.’ southern border communities, and has explicitly mentioned the racism and bigotry of Trump’s policies.

On trade, the outlook for Mexico is more mixed. Sanders proudly notes that he was against NAFTA long before Trump ever was. He opposes the new USMCA trade agreement. Any revision or rejection of the new deal would put serious strain on López Obrador, who sacrificed a good deal of political capital in acceding to U.S. pressure over NAFTA and related trade and migration issues in the first place.

For her part, Warren believes that USMCA was “written to help giant multinational agribusiness at the expense of family farms,” but it is unclear whether she would favor renegotiating the deal entirely. The rest of the Democratic candidates, by and large, appear to favor the current status quo.

Beyond that, though, there is little in the candidates’ performances so far to suggest that they would make Mexico a priority. Despite talk about how Trump’s presidency has been toxic for the U.S.’ relationship with its allies, there has not been enough attention paid to the damage done to the U.S.-Mexico partnership specifically. The same Pew poll that showed high levels of distrust toward Trump found that only 36% of Mexicans have a favorable opinion of the U.S. in general – down from 66% at the end of Barack Obama’s presidency, and the most significant drop of any country polled in that time.

This fracture in the relationship will not necessarily be easy to mend. For many Mexicans, Trump’s election is not an aberration but a re-opening of very old wounds: The U.S.’ 19th-century war of expansion with Mexico may be obscure in U.S. minds, but it has been ever-present in latent anti-U.S. sentiment south of the border – sentiment that Trump has again brought to the surface.

If a Democrat is elected president this year, he or she will have to navigate the rebuilding of this relationship at a time when Mexican internal politics are in a state of flux. López Obrador’s cooperation with the Trump administration on immigration and trade, which has been a significant source of criticism from his opponents and human rights defenders in Mexico, has made AMLO’s posture toward the U.S. even more of a hot-button issue than it already was. If a Democrat is elected president this year, she or he will need to remember that the last Democrat to win, Barack Obama, was also known in Mexico and Central America as the Deporter-in-Chief, after removing over 2.5 million people during his administration.

In the end, there are a host of reasons for the Democratic candidates to give Mexico its due. Mexico is a trillion dollar economy and shares an almost 2,000 mile border with the U.S. It is home or the second home to over 1.4 million U.S. citizens, and is the U.S.’ favorite tourist destination. Its support on security and the failed war on drugs – often wrong-headed and damaging to Mexico itself – was a consistent feature of at least the previous three Mexican administrations. (Mexico, thankfully, looks set to become the second Latin American country to regulate its cannabis market as soon as late April.)

Hopefully, the next time a Democratic candidate is asked the name of the current president of Mexico, they’ll get it right. But beyond that, it would be nice to hear the candidates throw their support behind Mexico’s leadership in its plan to develop Central America and southern Mexico, or to see Sanders, Biden, Warren, Bloomberg or any other candidate visit and meet with Democrats Abroad Mexico, the official committee of U.S. Democrats living south of the border. In the end, any of the Democratic candidates would be better for Mexico than Trump. But that, in itself, is not enough. Trump has done so much damage to the strategic partnership built by officials on both sides of the border since the late 80s that it will take a lot more than just getting him out of the White House to reset the relationship. 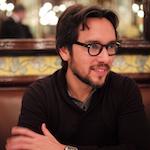 Genaro Lozano is a professor in the political science and international relations departments at Mexico City’s Iberoamerican University, and a political analyst for Reforma and ForoTv.