This piece was updated on July 19

Chile’s 2021 election calendar is a busy one. The starting point was May 15-16 (postponed from April 10-11 due to COVID-19), when voters elected members of the constituent assembly that will draft a new constitution (which will also have to be voted on in 2022). Chileans also voted for mayors, city councilors, and governors in May. Gubernatorial runoff elections took place in 13 of Chile’s 16 regions on June 13. Two candidates were chosen in primaries on July 18: Gabriel Boric won against Daniel Jadue in the left-wing Apruebo Dignidad primary, and Sebastián Sichel won the Chile Vamos center-right primary.

In November, Chileans will be asked to choose again – this time their representatives in Congress and a new president. If no candidate receives a majority of the votes in the first round of voting on November 21, the two leading candidates will compete in a runoff on December 19.

Over the course of the campaign, AQ has profiled the leading candidates, who at one point met our criteria as one of the candidates polling above 5% in Criteria polling.

AQ also asked a dozen nonpartisan experts on Chile to help us identify where each candidate stands on two spectrums: left wing versus right wing, and nationalist versus globalist. The results are mapped on the charts below. We’ve published the average response, with a caveat: Platforms evolve, and so do candidates. The candidates are listed in alphabetical order by last name below. 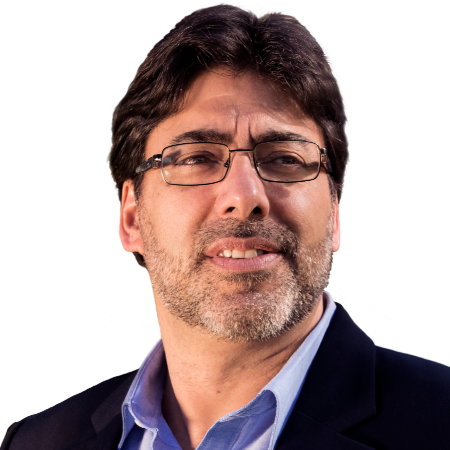 “In Chile, there is no dialogue between elites and the people.”

Jadue worked as an architect and urban planner before turning to politics. A member of Chile’s Communist Party since 1993, he began running for public office in the early 2000s. In 2012 he was elected mayor of Recoleta, a working-class district in Santiago.

Jadue has received acclaim for creating “popular pharmacies,” in which municipalities purchase drugs and sell them at low cost. The model has been replicated in cities across the country. He is known for being attentive to the real-world needs of constituents at a time when political elites are seen as distant and aloof. Jadue has subsidized apartment housing and implemented other low-cost programs, including opticians, dentistry practices, university classes and bookstores.

Jadue identifies as a Communist in a country where anti-Communist sentiment is strong. A corruption allegation that surfaced in January may affect his chances. Jadue denied any involvement and said he is cooperating with the investigation into a suspicious donation to a local cultural organization from a company that won a bid to install lampposts in the municipality. He was widely criticized for distributing the Russian drug Avifavir in his district– it has not been approved for use in Chile against the coronavirus.

Jadue is the candidate of Chile’s far left, and he has the backing of the Communist Party. He stands to attract support from anti-establishment voters.

Jadue is a proponent of a stronger role for the state in the economy, and has criticized Chile’s economic model, stating that the social unrest of late 2019 was “the result of people coming to the realization that neo-liberal policies are incompatible with democracy.” Jadue has said he “would call on all on international investors to think about the role they’ve played for the mess and problems in the region. They will have to make a greater contribution when they come to operate in Chile.” He has also called for nationalizing Chile’s pension system, as well as copper and water resources. 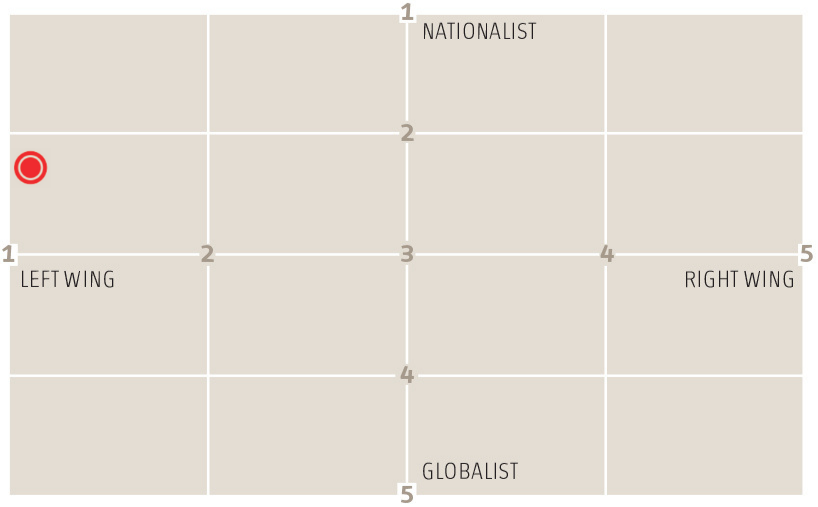 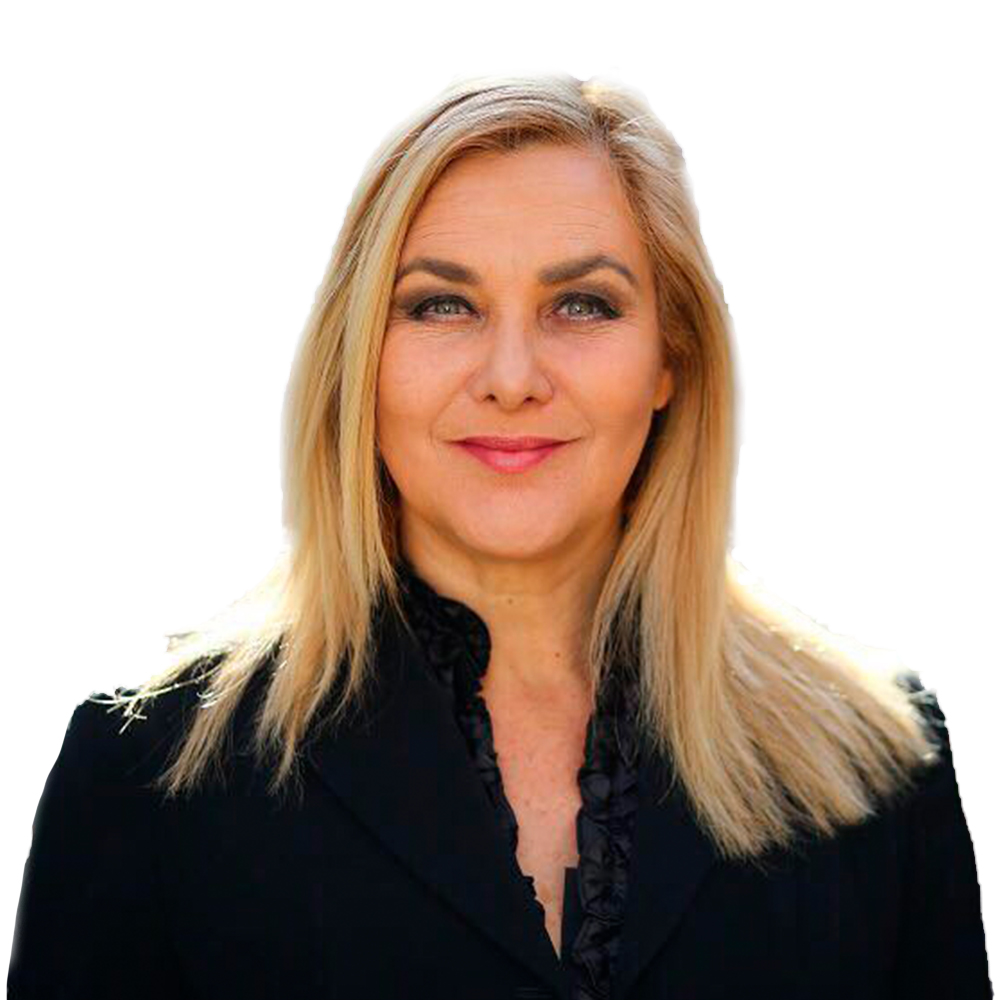 “Showbiz has been a vehicle to talk to my people about politics.”

The granddaughter of a prominent suffragist, Jiles was a member of the Communist Party until 2006. During the Pinochet dictatorship, she was part of a left-wing guerrilla group. In 2015 she said on national television that she had been kidnapped and abused as a teenager for her stance against Pinochet. After a career in investigative journalism, Jiles moved to entertainment TV and gossip shows. She was elected to the lower house of Congress in 2017 and represents lower-income areas of Santiago.

Although Jiles has not officially announced her candidacy, she has the third-highest name recognition and best approval ratings of the leading candidates, according to Criteria, a pollster. She has used social media to cultivate her popularity, especially during the social unrest of late 2019, when she lambasted the government and encouraged protesters (whom she calls her “grandchildren”). Jiles seized upon rising anti-establishment sentiment, becoming the face of a popular movement to allow early withdrawals from pension funds amidst the pandemic. She pushed through the initial 10% withdrawal in July 2020 and is seeking a third withdrawal.

Chile’s left, while energized by the push to rewrite Chile’s constitution, is less organized than the right and is divided internally. Jiles has a history of conflicts with her former leftist coalition, the Frente Amplio (Broad Front). Despite enjoying popular support, she has alienated many career politicians and has few allies in government. It’s early in the race, and a less polarizing option could emerge on the left.

Jiles’ supporters mainly hail from the left, and tend to be anti-establishment and anti-elite.

Jiles is seen as unpredictable, and analysts are unsure what she would do if elected. She has critiqued capitalism and has embraced progressive causes, such as adoption by same-sex couples. 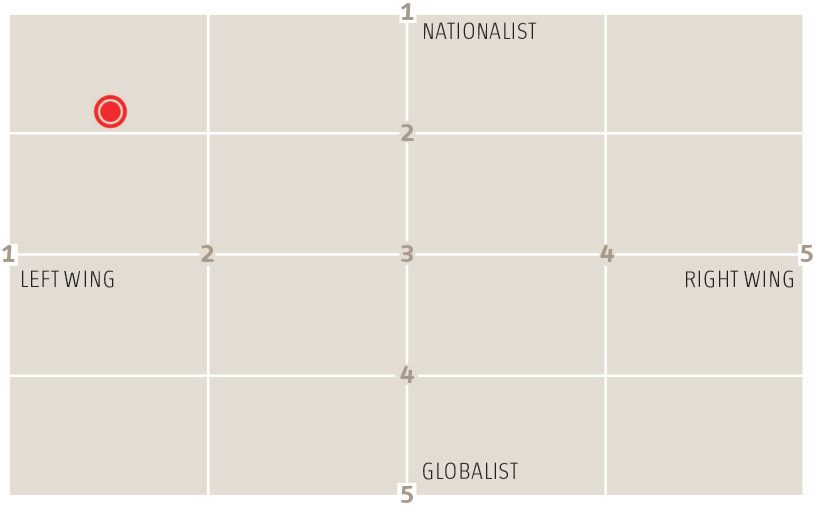 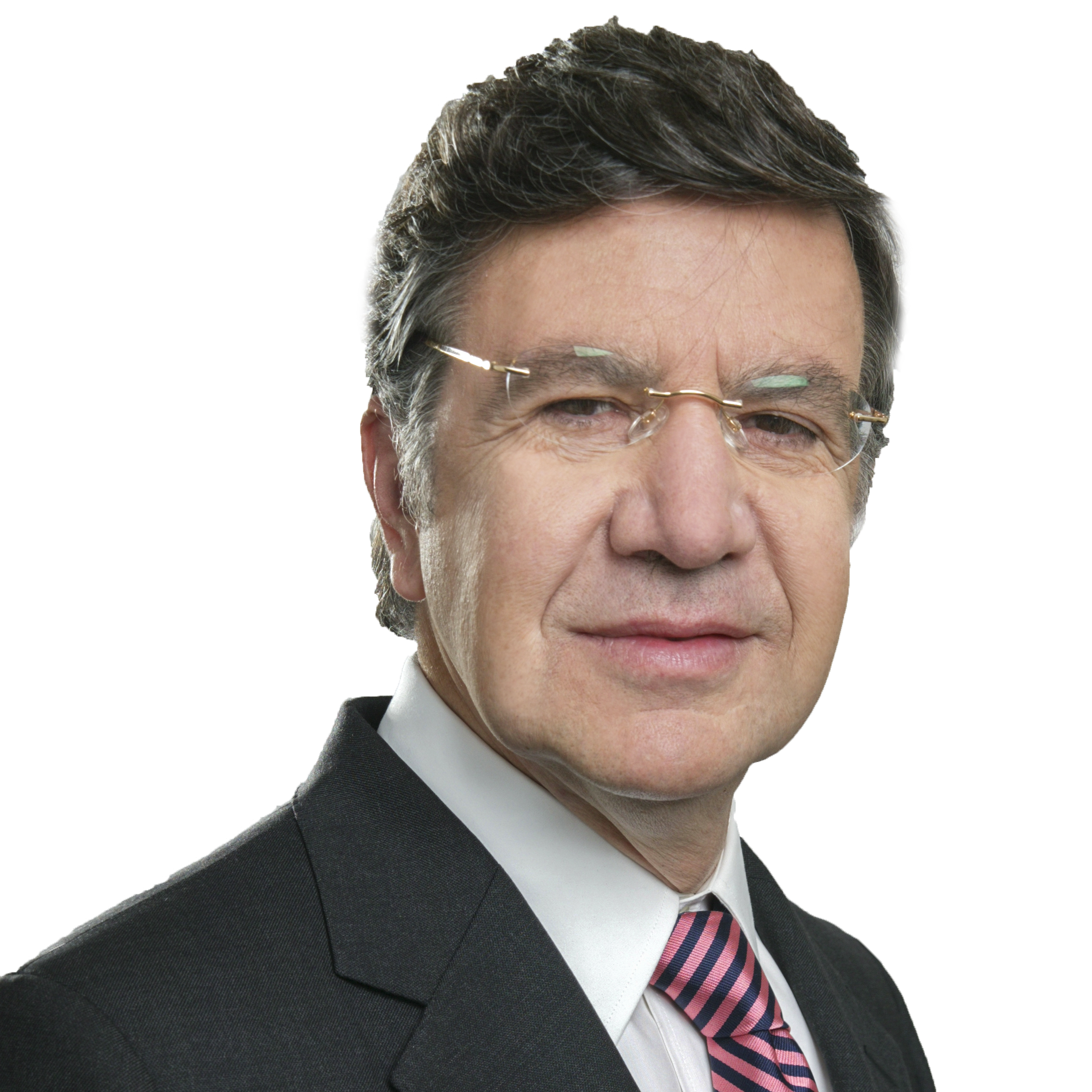 Lavín is running for president for the third time, after reaching the second round in the 1999 election. After working in the planning ministry under Pinochet, he was elected and served as the mayor of Las Condes, a wealthy neighborhood in Santiago, for two terms in the 1990s, and was later elected as mayor of a downtown Santiago district for one term. During Piñera’s first administration, he served as education minister and as minister of social development. He returned as the mayor of Las Condes in 2016.

As mayor, Lavín has gained popularity with initiatives like setting up artificial beaches and skiing areas, and making frequent morning TV appearances. He has an ability to reinvent himself politically: Lavín in recent years has moved steadily toward the center, supporting the campaign to approve writing a new constitution and even declaring himself a “social democrat.”

He is a familiar face at a time when many Chileans are looking for new political leadership. In an era of polarized politics, Lavín has a reputation for moving with the tides, and has called for neither a right- nor left-wing government, but one of “national coexistence.” Still, some voters won’t be able to get past his ties to Pinochet.

Lavín stands to attract support from those on the center-right and center who see him as more aware of Chileans’ needs than other right-wing politicians following the 2019 protests.

Lavín may be shifting away from his full support of capitalism-as-usual: Although he worked with the Chicago Boys and wrote a book called The Silent Revolution in praise of Chile’s economic model, he supported pension withdrawals last year. A social conservative and member of Opus Dei, Lavín has stated that he is against expanding access to abortion. 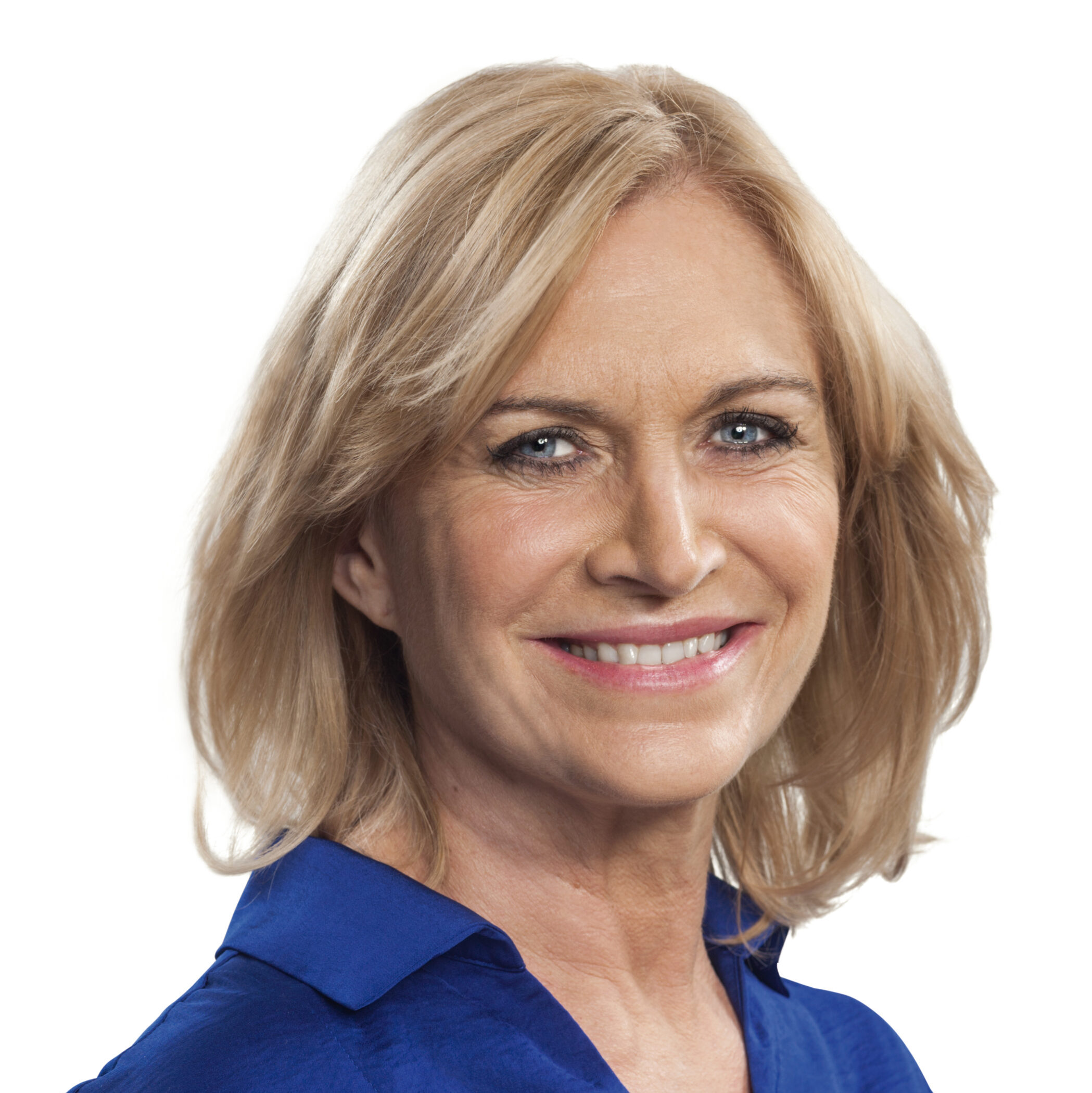 “I have never been a typical right-wing person. I’m probably much more liberal than most people on the right.”

Matthei is running for president for the second time. She is the daughter of a member of the military junta, but has forged her own political path. A trained economist, she was elected to the lower house of Congress in 1989. She later served as a senator before joining Piñera’s first administration as minister of labor. Matthei ran for president in 2013, making it to the second round against Michelle Bachelet. In 2016, she was elected mayor of Providencia, a middle- and upper-middle class municipality in Santiago.

Matthei is respected among political elites and has a reputation for telling it like it is. She has prioritized security as mayor, enforcing fines for illegal street vending and promoting the use of drones to reduce crime. Matthei is the right’s only female candidate and is more liberal when it comes to social issues than many on the right.

Many Chileans are fed up with the political class, and Matthei is an establishment figure. A January poll from the Universidad del Desarrollo showed that voters within the main right-wing coalition (Chile Vamos) slightly prefer Joaquín Lavín over her. Matthei will face Lavín in primaries either within their party or in Chile Vamos.

Despite her more liberal social leanings, Matthei would attract traditional right-wing voters that are distrustful of Lavín. She also has a loyal support base of voters that admire her work as mayor.

Matthei is an advocate of the free market and has focused on security in recent years (she was offered the position of interior minister during the unrest of late 2019). She has spoken about the need to improve equality in healthcare and education, including increasing teachers’ salaries. 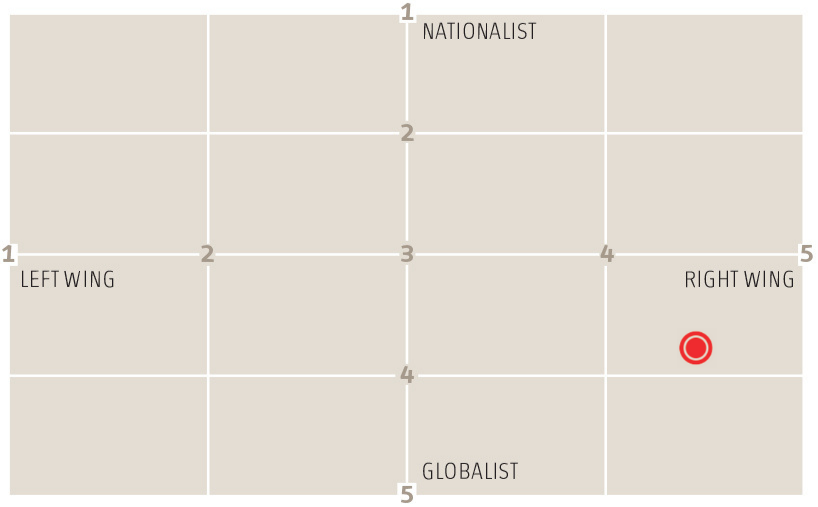