In September 2015, a Venezuelan judge sentenced opposition leader Leopoldo López to nearly 14 years in prison for his role in anti-government protests that swept the South American nation in early 2014. On October 1, AQ sat down with Lilian Tintori, a human rights activist and López’s wife, to talk about conditions in Venezuela, her … Read more 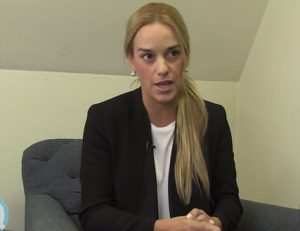