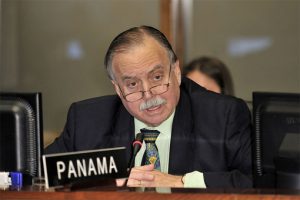 THE IACHR Loses An Advocate

Last week, Ambassador Guillermo Cochez permanently left his post as Panama’s permanent representative to the Organization of American States (OAS) after Panamanian President Ricardo Martinelli ordered him to step down on January 17 for criticizing the delayed inauguration of Venezuelan President Hugo Chávez. His voice will be missed in the ongoing debate for change at … Read more