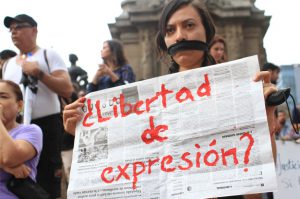 Hours after photojournalist Rubén Espinosa and four others were found dead in a Mexico City apartment on July 31, much of Mexico’s traditional media had settled on a theory: This was a run-of-the-mill drug crime. In a video newscast titled “They didn’t kill him because he was a journalist,” Luis Cárdenas López, a reporter for … Read more