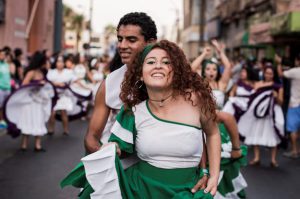 For Afro-Chileans, First Step Is Getting Counted

Correction appended below Updated 3/10/17 Seventeen years ago, a group of Latin American and Caribbean NGOs, government agencies and regional bodies officially adopted the term “Afro-descendant” to refer to the region’s approximately 150 million citizens of African origin. The occasion was the Latin American Regional Conference Against Racism in Santiago, and the host was the … Read more