Afro-LGBT Advocates Lead the Struggle for Equality in Brazil

Brazil to Double Border Security by 2014

In a public hearing Tuesday before the Financial Supervisory Commission in the Chamber of Deputies, Brazilian Justice Minister José Eduardo Cardozo announced that the country will double the number of security personnel on its borders by 2014. The strategy will focus on increasing the police presence along the Bolivian, Colombian and Peruvian borders, with the … Read more Brazil to Double Border Security by 2014

Romney’s Latin American Trade Plan: The Devil is in the Details

During the last presidential debate, Mitt Romney put the spotlight on an aspect of his five-point economic plan that has received little scrutiny. Romney said forging trade deals with Latin American nations would be a cornerstone of his plan to revitalize the U.S. economy. “The opportunities for us in Latin America we have just not … Read more Romney’s Latin American Trade Plan: The Devil is in the Details

A Trade War of Words between Brazil and the U.S.

Protectionism made news again in Brazil recently, when Finance Minister Guido Mantega announced that Brazilian firms could avoid a 30 percent tax increase on the auto industry by improving fuel efficiency, using Brazilian-made parts and investing in Brazilian research and development. Foreign automakers without a manufacturing plant in Brazil will be subject to the tax … Read more A Trade War of Words between Brazil and the U.S.

Brazilian President Dilma Rousseff plans to support affirmative action quotas that will increase the number of Afro-Brazilians in government positions, an anonymous source close to the Executive told L’Agence France-Presse on Monday. While the percentages have not been defined, the quota system would apply to all new government contracts and employee openings. A formal announcement … Read more Rousseff Backs Affirmative Action in Government 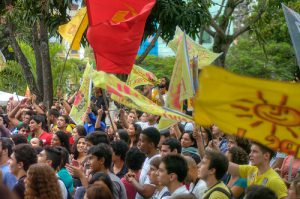 As part of its quadrennial electoral process, Brazil held simultaneous local elections on Sunday in over 5,560 municipalities. In all, roughly 140 million votes were cast—normal turnout, since voting is mandatory in Brazil. Voters chose from among nearly 480,000 candidates to determine the mayors (prefeitos), deputy mayors (vice-prefeitos) and local councils (vereadores) across the country. … Read more Brazil’s Municipal Elections Yield Mixed Results for the Ruling PT

Top stories this week are likely to include: the Venezuelan presidential campaigns head into their final stretch; Colombia-FARC talks to begin; South America holds a summit with Arab nations; protests against Michel Martelly in Haiti; and Brazil votes on Sunday in municipal elections. Venezuela Votes for President: A tight presidential contest comes to a close … Read more Monday Memo: AQ’s Top Expected Stories for the Week of October 1 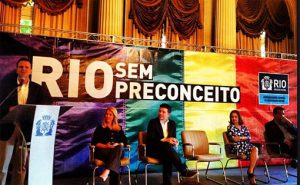 When campaign season in Rio de Janeiro officially started on July 6, Rio’s incumbent mayor, Eduardo Paes, looked like a shoo-in. Touting the “Olympic City,” he has campaigned on the idea that Rio’s upcoming mega events—including the 2014 World Cup and 2016 Summer Olympics—will contribute to a boom for a city that is thriving after … Read more 2016 Olympics Central to Rio de Janeiro’s Mayoral Race

General debate of the 67th Session of the UN General Assembly began today with presidents from across the region scheduled to address world leaders. A number of high-level meetings will also take place throughout the week, covering topics like the rule of law, sustainable energy, nutrition, countering nuclear terrorism, and the chemical weapons convention. … Read more Latin American Presidents to Address UN General Assembly