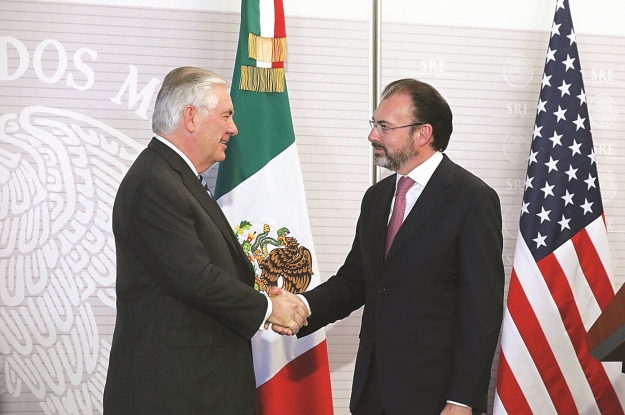 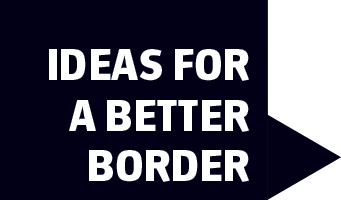 With protectionist policies already changing the U.S.-Mexico dynamic, we asked experts, politicians, executives, activists and everyday people:
What should be the future of the U.S.–Mexico relationship?

Erick Aguilar  Brownwood, Texas They should work to protect their own citizens from all the government corruption BEFORE they meddle in USA’s laws.

Samuel Benitez  Mexico City We should have a command economy, democratize monopolies, nationalize our petroleum again, find different trade partners in China and Europe, and last but not least, join OPEC. Only then will we be less dependent and earn respect. 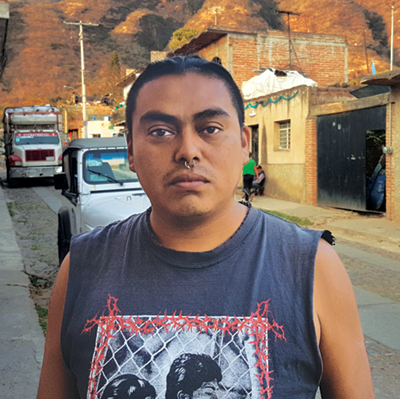 “Economically, I think Mexico shouldn’t continue to be so dependent on the U.S. We need to look for new alternatives to make our country more sustainable. But it’s complicated because many of us have family in the U.S. I think we need more dialogue, because otherwise there are families that are going to go through what people in Germany went through with the Berlin Wall, with relatives on both sides who won’t be able to see each other.” 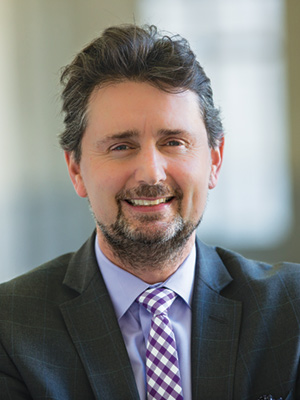 Director of the Mexico Institute at the Wilson Center

The future of this relationship should be based on the fundamental fact that the two nations depend upon friendly relations for their mutual security and prosperity — a trade war is not beneficial to either country. Some 4.9 million jobs depend on the bilateral relationship, according to a recent Wilson Center study. And while Mexico has received significant U.S. aid for public security and to fight drug cartels, Mexico reciprocates through intelligence-sharing, keeping the U.S. safe from terrorism.

Nevertheless, the current U.S. administration seems prepared to put all this at risk through high-stakes brinkmanship. The question of who will pay for a border wall can result in two possible scenarios. In the first, the U.S. could soften its bargaining position by proposing a reallocation of the billions of dollars it gives Mexico for migration control and to fight against drugs and organized crime, to pay for the wall. Trump could then claim victory, and Peña Nieto could show that no Mexican money was used to pay for it. The second scenario is not pretty. If both sides remain combative, we can expect a freeze in relations, a rise in border transaction costs, and an end to cooperation on security and migration affairs.

In either scenario, when a new Mexican president takes charge in 2018, we are likely to see a rise in nationalism and anti-yanquismo, no matter the winning party. Let’s work and pray that opting for the first will at least alleviate any damage to our long-term bilateral relationship. 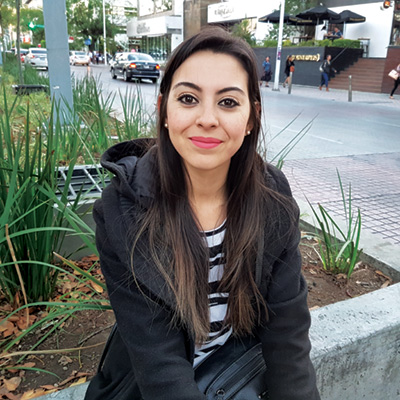 “I think the relationship should be even and consistent, with both countries working together instead of going their separate ways. But I don’t think Trump is open to dialogue. He just wants everything to be how he says it should be.” 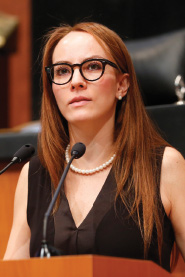 Chairwoman of the Foreign Relations Committee in the Mexican Senate

Mexico and the U.S. are going through what is possibly one of the most tumultuous periods in the recent history of our bilateral relationship. This presents challenges at all levels, and on both sides of the border. Mexico’s primary interest should be the well-being of the 34 million Mexican citizens and Mexican-Americans in the United States. Mexico’s government is bound both legally and morally to protect its community’s interests abroad and ensure the safe, orderly and humane return of those whom the Trump administration is threatening to deport.

In order to successfully deal with today’s challenges — managing the migration phenomenon, continuing our work on security cooperation, and maintaining buoyant economies in the region — both Mexico and the U.S. need to cooperate. Any modification of the status quo, including the possible renegotiation of NAFTA, must be geared toward improving conditions for both countries.

However, for each of our countries to succeed, President Trump must give up his idea of building a border wall; and he must reconsider the executive order on immigration issued on January 25, as well as the Department of Homeland Security guidelines on immigration released on February 20 and 21. Ensuring the safety of Mexicans living in the U.S. is crucial to the future of the Mexico-U.S. relationship. It is our duty to look after them first. 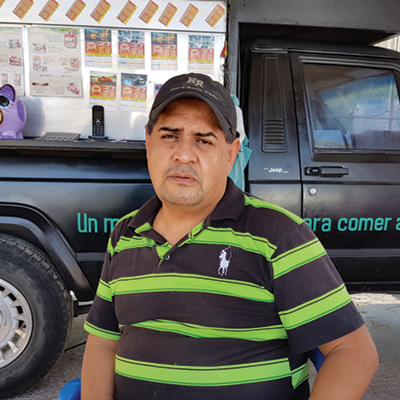 “It’s always been a relationship of ups and downs, but we’ve always been dependent on one another, like a mother and child attached by the umbilical cord. It’s better to be friends than enemies, but I think the Mexican government should show some character and take a stronger stance to defend our country. We can be self-sufficient. We have everything we need here in Mexico, but we’re too used to depending on the U.S. I think we should focus on consuming Mexican products and strengthen our ties with other countries.” 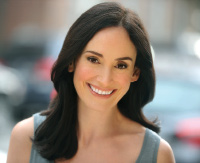 Immigration rhetoric and policy need to catch up to reality. The truth is that the wave of Mexican migration north has crested after 30-plus years, repeating an arc similar to previous waves of German, Irish, Italian, and Polish immigration. Since 2009, there has been a net outflow of Mexican immigrants. More Mexicans are leaving the U.S. each year than arriving.

The more than 11 million Mexicans who remain, rather than being “rapists” and “criminals,” are the owners of nearly 600,000 businesses. That’s equivalent to one in every 25 ventures nationwide, and these businesses employ roughly half a million Americans. Mexican immigrants — both documented and undocumented — are the parents of 6 million U.S. citizens.

Undocumented newcomers to the U.S. today are more likely to hail from China or India. Often they arrive by plane and overstay visas, or they enter ports of entry with false papers. This migration won’t be slowed by spending tens of billions of dollars on a wall. If we continue to base immigration policy toward Mexico on a past reality that is no longer applicable, we will imperil the future of both countries. 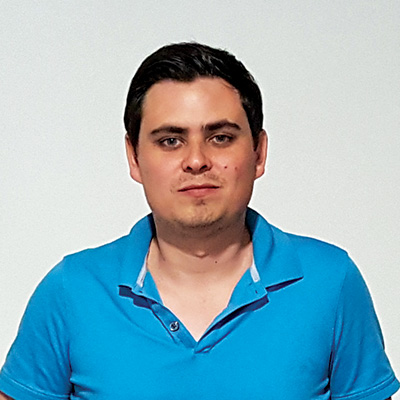 “I was very happy with the way things were before. I’d like us to go back to the spirit of respect and mutual collaboration that we enjoyed, but I know that’s not going to happen. I don’t like the negativity that we’re seeing. We’re all worried because we don’t have a clear sense of what’s happening in the negotiations between Donald Trump and Mexican President Enrique Peña Nieto.” 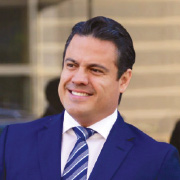 Governor of the state of Jalisco, Mexico

Mexico has to be prepared for any kind of situation that could arise from President Trump’s policies. We must respect the sovereignty of both countries and the human rights of our people. We need to adopt a firm, tough tone because our dignity will never be up for negotiation. We have to expand our support centers for migrants in the U.S., deploy legal experts, and go through the courts to defend our people. We have to inform, advise, and stay close to our people. 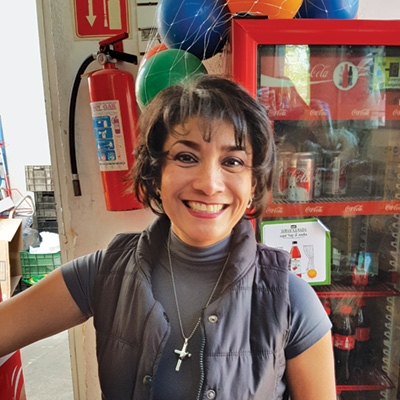 “We need to have a good relationship because a lot of Mexicans go to the U.S. in search of a better life. Now that they’re closing the doors on us, we must look out for one another. A lot of families will be affected. Our government should be doing more to protect Mexican migrants, but we don’t have the kind of government that we should have. We need change in our own government for the good of all Mexicans.” 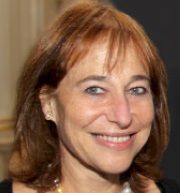 President and CEO of Americas Society/Council of the Americas

Before 1848, California, New Mexico, Texas and other portions of the Southwest United States were internationally recognized provinces of Mexico. In fact, the southern border of the U.S. has moved several times over our history. When I traveled to Santa Fe six years ago, I encountered many American citizens of Mexican origin who had been living in the Southwest for generations. Their culture is a wonderful mix of Mexican, U.S. and Native American. I was proud to be able to converse in Spanish and feel a part of this unique culture, which is filled with sensational art, cuisine and historical vignettes.

So why are we trying so hard to separate cultures that have been linked at the hip for generations? Over the last 23 years the U.S. and Mexico have completely integrated economically, for the benefit of both countries and their peoples. Can we not accept our historical, cultural and economic ties, or are we really happier starting the modern-day equivalent of the Mexican-American War? Would it not be better to remember our history, our ancestors, and the multicultural society in which they lived and thrived? Instead of a wall, we should tear down barriers and leverage our common culture to work together for a safer, more inclusive, and more prosperous North America. Isn’t that the right path to greatness? 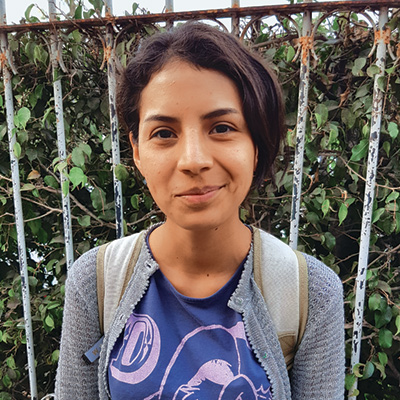 “I think there should be no barriers between Mexico and the U.S. because both countries need each other. Many Mexicans think that if we stop consuming American products then we’ll be better off; but this would hurt the many Mexicans and Latinos who live and work in the U.S. as well. Mexico does need to become a bit less dependent on the U.S. and start exporting more to the other countries around us, and to China and to Europe. The U.S. isn’t our only market.”

Eugene Winter  Albuquerque, New Mexico Trump’s actions actually (are) a challenge to the Mexican ruling class or elite, and hopefully (they) will be a good thing (in) the long run for the good people of Mexico.
Sign up for our free newsletter