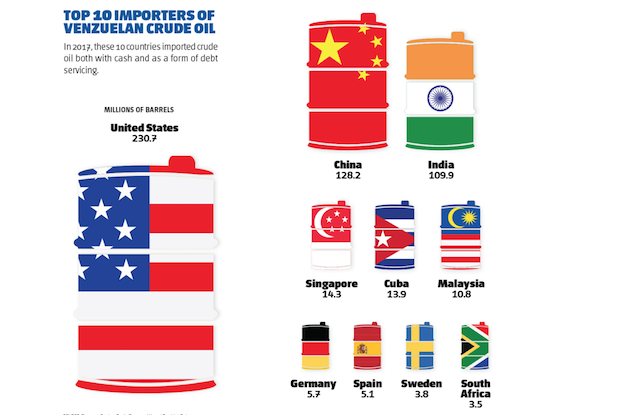 April 23, 2018 A foreign policy driven by oil exports has bound Venezuela to the interests of several foreign powers. With Venezuela’s ability to produce and profit from oil on the decline, these countries will play a key role in if and how a political transition occurs—and what will come after. —Brendan O’Boyle 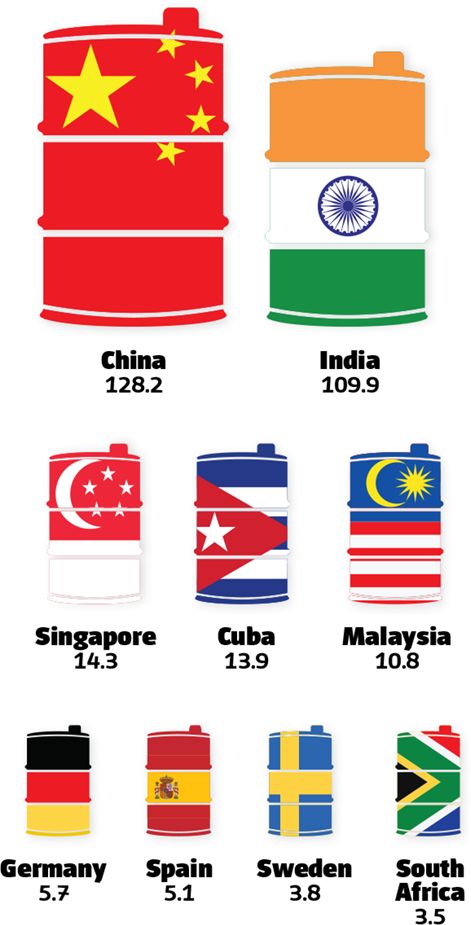 China’s Development Bank and Import-Export Bank have loaned more than $150 billion to Latin America and the Caribbean between 2005 and 2017. Of that, 40 percent went to Venezuela. These were largely in the form of oil-for-loan deals, requiring Venezuela to prioritize oil shipments for debt servicing. As of November 2017, Venezuela still owed China $23 billion, according to Reuters. 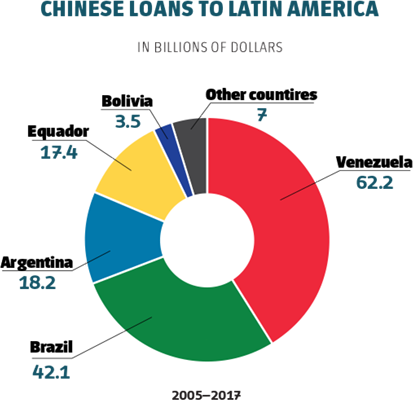 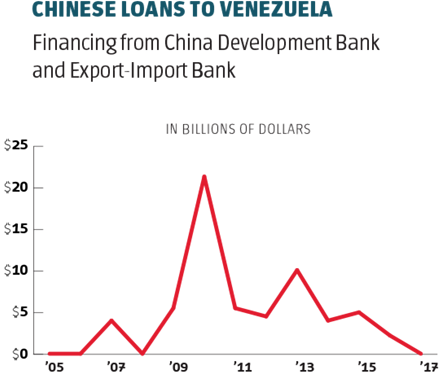 Under Chávez, Venezuela became an unshakable economic and ideological ally to Cuba. Since 2003, Cuba has sent health care professionals to Venezuela in exchange for subsidized Venezuelan oil. But Venezuela’s economic collapse has left Cuba vulnerable. Merchandise trade between the two fell 70 percent between 2014 and 2016, from $7.3 billion to $2.2 billion. After a sharp drop in crude oil from Venezuela, the value of Cuba’s exports of refi ned oil products fell some 97 percent between 2013 and 2016. 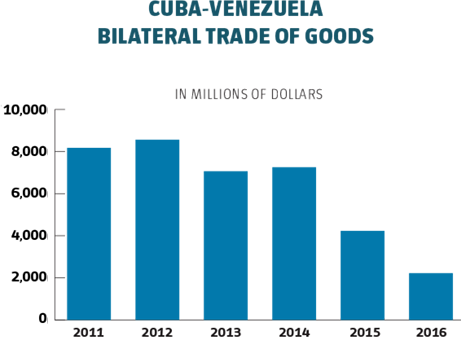 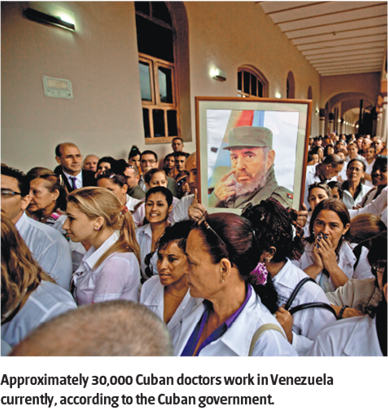 Under President Donald Trump, the United States has increased its pressure on Venezuela by expanding the number of sanctioned individuals to 55 in March 2018. Nevertheless, the U.S. remains Venezuela’s biggest petroleum customer. Cutting oil imports could place further pressure on Maduro, but the likely toll in human suffering may rule out such sanctions 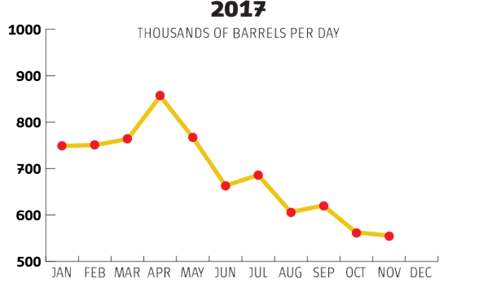 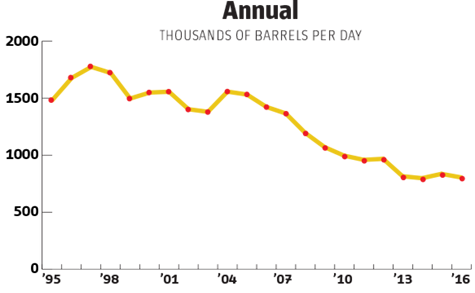 In February, Venezuelan Finance Minister Simón Zerpa Delgado called Venezuela’s relationship with Russia a “great ring of protection” after meeting with his counterpart in Moscow. At the heart of this relationship have been Russia’s sales of arms to Venezuela, whose defense ministry has signed contracts worth some $11 billion since 2006. More recently, Venezuela’s transfer of oil and oil assets to Russia in exchange for financing has defined the relationship. 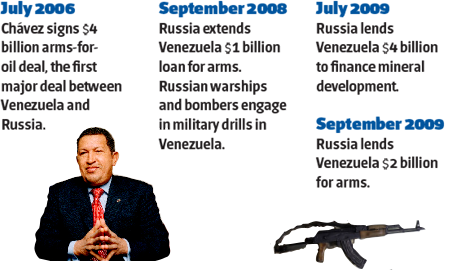 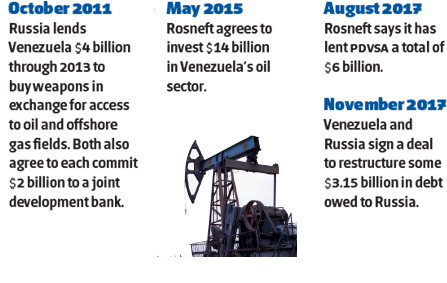 SOURCES: The Guardian; Business Insider; NYTimes; Reuters; Al Jazeera; Ellis, R. E. (2015) The New Russian Engagement With Latin America: Strategic Position, Commerce, and Dreams of the Past
Sign up for our free newsletter