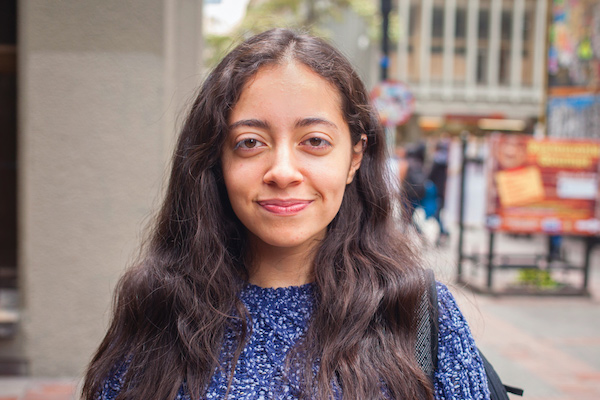 As Colombians prepare to vote in a new president in 2018, we asked a group of experts, politicians and everyday people: What should be the next president’s first priority? 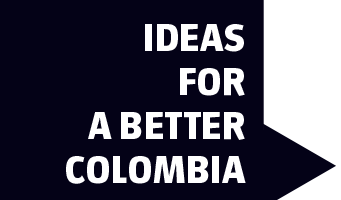 As Colombians prepare to vote in a new president in 2018,we asked experts, executives, politicians and everyday people:
What should be the next president’s first priority?

With reporting by Erika Piñeros

Felipe Manuel Ojeda V.   Lower VAT and other taxes that affect the poor and working class, who make up the majority of the Colombian people.

Jorge Arturo Baquero  Strengthen the justice system and punish corruption with the full weight of the law. 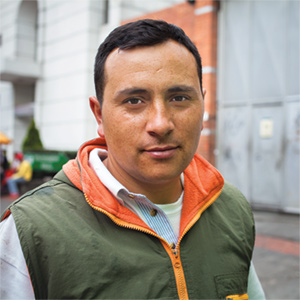 We need less corruption, but I don’t believe in anyone anymore. They’re all cut from the same cloth. Presidents here always push what’s best for the rich, and they’re always looking for how to take a slice of the cake. 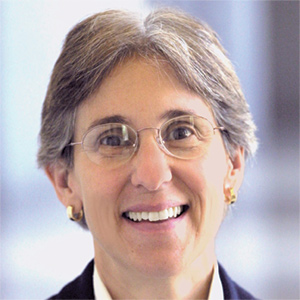 Corruption, unemployment and the quality of health care have topped the lists of concerns for Colombians over the past six months with remarkable consistency, according to polls from firms like Gallup and Invamer. As much as the peace process with the FARC and the increase in coca cultivation have dominated international headlines, the issues are not of great concern to most Colombians, even though the peace accord remains a central cleavage around which national politicians define themselves.

The issue that most cuts across all the areas in which Colombia needs to make progress is state capacity. Strong and transparent institutions — at the national as well as regional and municipal level — are needed to do away with the enabling environment in which corruption flourishes, along with criminal economies marked by violence. Moreover, a strong state, capable of implementing the enormous commitments to rural development, land restitution, and assistance to victims of conflict, would go a long way in addressing the deep social inequalities that continue to plague Colombia.

Over the last several decades, Colombia has made huge strides in improving state capacity in the military and security spheres. Those achievements need to be matched with similar progress in the capacity of civilian institutions and agencies to deliver social services, promote inclusive and sustainable development (including infrastructure), and overcome legacies of chronic violence. 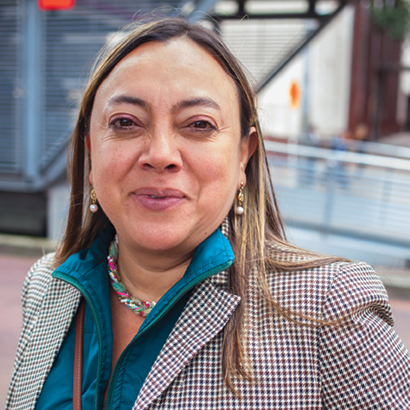 Education. If people are educated, the rest can be fixed. There won’t be corruption anymore, everything would be better, more organized. 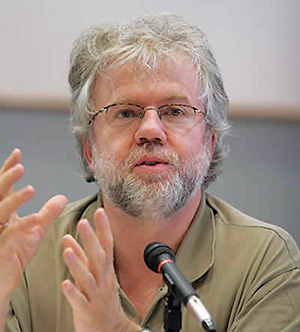 Colombia’s next president will have to resist internal and external pressures to reactivate aerial spraying of illicit crops. Between 2002 and 2015, some 3.8 million acres of coca were eradicated by aerial spraying, according to the Colombian Observatory on Drugs. The practice was suspended in 2015, and Colombia currently has 360,000 acres of coca crops — not far from the 356,000 acres reported in 2001, according to the U.N. Despite pressure to combat the illicit crop, it would be a mistake to restore the old strategy, as it was ineffective in reducing illicit crops and had negative consequences on health, the environment, and the local legitimacy of the state. Evidence shows that without strengthening the rule of law at the local level, brief reductions of coca crops achieved by forced eradication are not sustainable. The next president should instead implement peace agreement policies that strengthen the rule of law at the local level and can achieve better results in the long term. 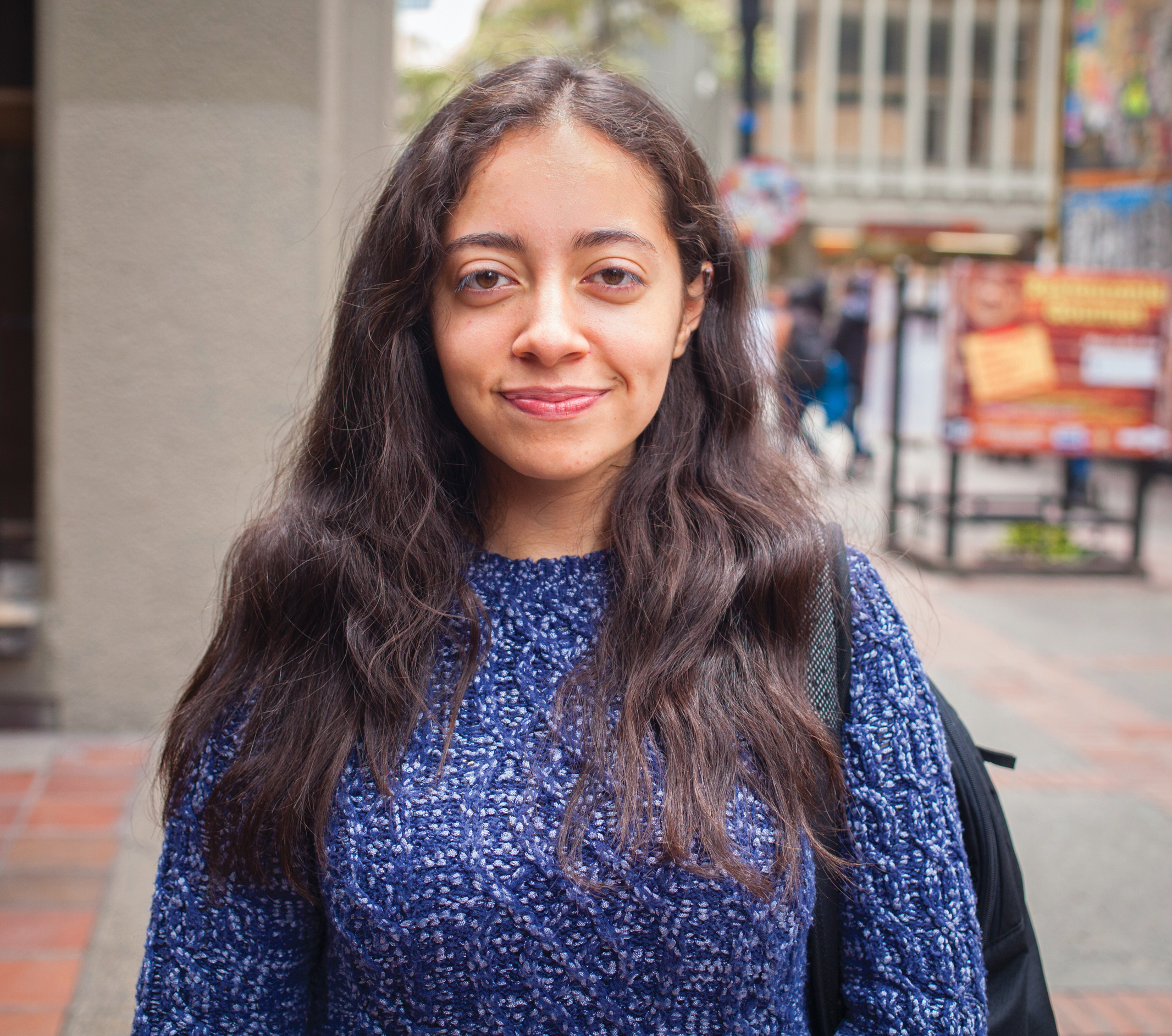 We need education. There’s too much focus on post-conflict; what about the rest? 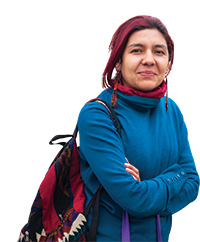 The next president should make sure the utopic peace process negotiated with the FARC becomes a reality. He or she should focus on the six points of the accords, like land reform, guarantees of no repetition of the conflict, and no impunity. 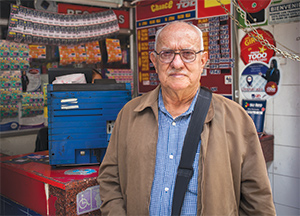 Retiree from the armed forces and government employee

Security. With the post-conflict agreement there will be a lot of ex-militants who can join the criminals. There is a lot of crime in Colombia, and we could have the same situation as El Salvador with the pandillas. We could end up with more violence and less peace. 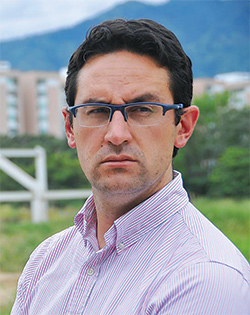 The top priorities of Colombia’s next president should be enhancing preventive anticorruption measures, fostering integrity and openness at all levels in government and society, and actively cooperating with local and international enforcement authorities in effective prosecution and assets recuperation of major corruption cases.

A successful implementation of the peace accords depends directly on these measures, as does the strengthening of our democracy, and the restoration of the people’s trust in our institutions. Our citizens’ ability to enjoy fundamental rights safely and sufficiently, and Colombia’s ability to grow its economy and reduce poverty, depend on the government’s commitment to pushing forward an agenda focused on integrity and fighting corruption.

Further, the latest developments surrounding Odebrecht’s fraudulent activities in Colombia demonstrate the need to urgently regulate lobbying — not just of the private sector over public officials, but also of congressmen and high government officials over courts and other government officials, especially those with procurement responsibilities.

This list of priorities is ambitious. The political capital of the first months of government should be spent on executing all the above. Neglecting that duty is an act of treason. 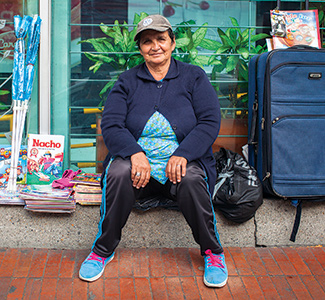 We need jobs and health care. There’s no money for anyone and people are going hungry. Our health system doesn’t work. You have to wait forever to get an appointment, and when you finally get one they just give you a Tylenol. We could end up with more violence and less peace. 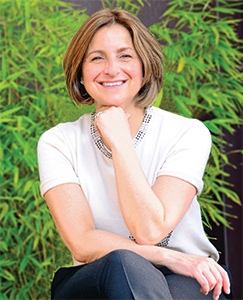 For Colombia to continue on the path to peace, it must be a priority for the next president to link security, peace and development. There are five major challenges to achieving this. The first has to do with stabilization and security. There needs to be a clear reintegration program for ex-combatants, individually and collectively. The state also needs better control of zones that were previously occupied by the FARC, where the current population is now under threat from various armed groups.

The other challenges have to do with local capacity-building to fully integrate historically isolated territories. There should be a crop substitution plan that replaces illicit crops with new crops, instead of just pulling out the old. The private sector should be encouraged to actively participate in peace-building, particularly by investing in productive activities that create jobs in rural areas.

And finally, the new president should promote a cultural shift across society to encourage forgiveness, reconciliation, and the integration of a country in which we all belong. 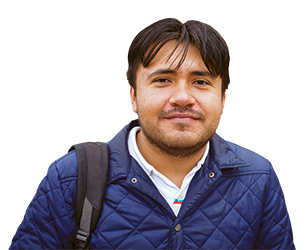 To build more infrastructure across the country, without corruption. I know how government concessions work, and the system is completely broken. We need an agency to keep a close eye on the projects. They have a good model in Taiwan, where they oversee the projects and evaluate them to make sure they serve the communities. 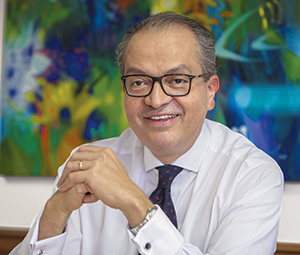 There are three great challenges facing Colombia’s next government: implementing peace, strengthening democracy and eliminating corruption. Failing to fulfill the peace agreements with the FARC could bring about new conflicts and would postpone the social, political and economic transformation the country longs for. Strengthening democracy will require overcoming both the Gordian knot of Colombia’s political system, evident in the crisis among its political parties, and the enormous skepticism of its electorate, which is fed by acts of public corruption. All these give life to the dangers of populism. Today, none of the three branches of government inspires confidence in the people. Reviving Colombia’s institutions and restoring citizens’ trust in their public servants are tasks that cannot be postponed. 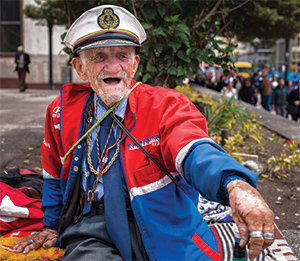 How can there ever be peace if there’s hunger? 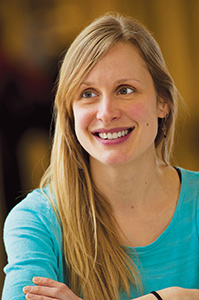 If life on our planet is to survive climate change, we must drastically and urgently slash greenhouse gas emissions and conserve forests. Colombia’s next president will face many pressing challenges, not the least of which is implementation of the FARC peace accord, but he or she must also take decisive action on Colombia’s role in combatting climate change.

Though a small country, Colombia has a responsibility to take the lead on forest conservation efforts — it is home to about 10 percent of the world’s biodiversity and to 10 percent of the Amazon rain forest. It is also one of the world’s largest carbon sinks. Unfortunately, the government has yet to assume responsibility for this. According to statistics, deforestation shot up 44 percent in 2016 compared to 2015, and much of it was in the Amazon.

The best way to conserve forests is to protect the land rights and lives of indigenous and other traditional peoples who steward those forests. Colombia has a long way to go to ensure such rights, as the murder of at least 37 land and environment defenders in 2016 proves. The new president can demonstrate global leadership by implementing real solutions to this crisis.

Isabel Niño Rodríguez  Everyday Colombians need to vote for people who deserve to be in public office.

Jesus Maria Zapatero Look to the future instead of the past.

Humberto Hernandez For me there are three priorities: health, employment and security.
Sign up for our free newsletter