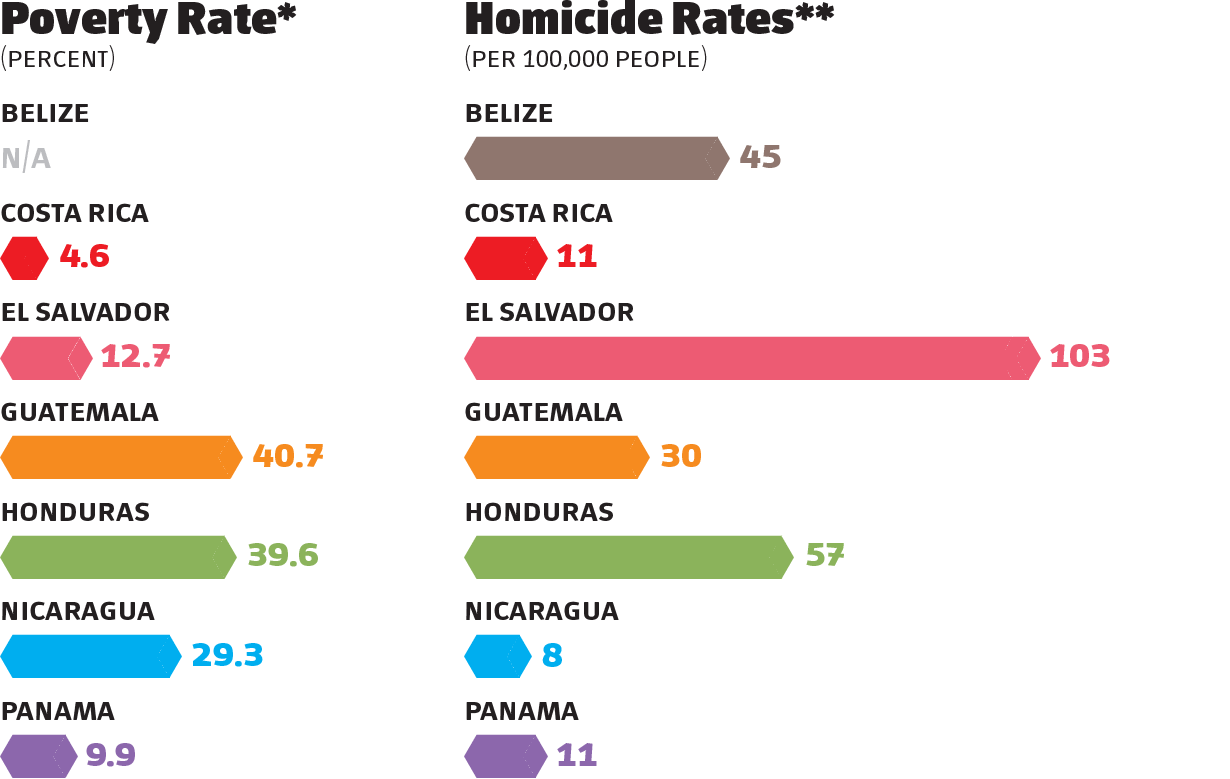 by Sarah Bons and Ivana Mellers

Does growth equal progress in Central America? In the following pages, AQ provides a snapshot of economic and social indicators from Guatemala to Panama, as well as an overview of the region’s infrastructure. While many countries have seen moderate to strong GDP growth in recent years, some have struggled to translate this into higher employment rates and lower poverty levels. Many countries remain highly dependent on remittances (money sent by citizens living abroad) and have struggled to build value-added products in manufacturing and other sectors. Furthermore, high levels of violence in northern Central American countries have stalled social progress and led to a major exodus of migrants in recent years. 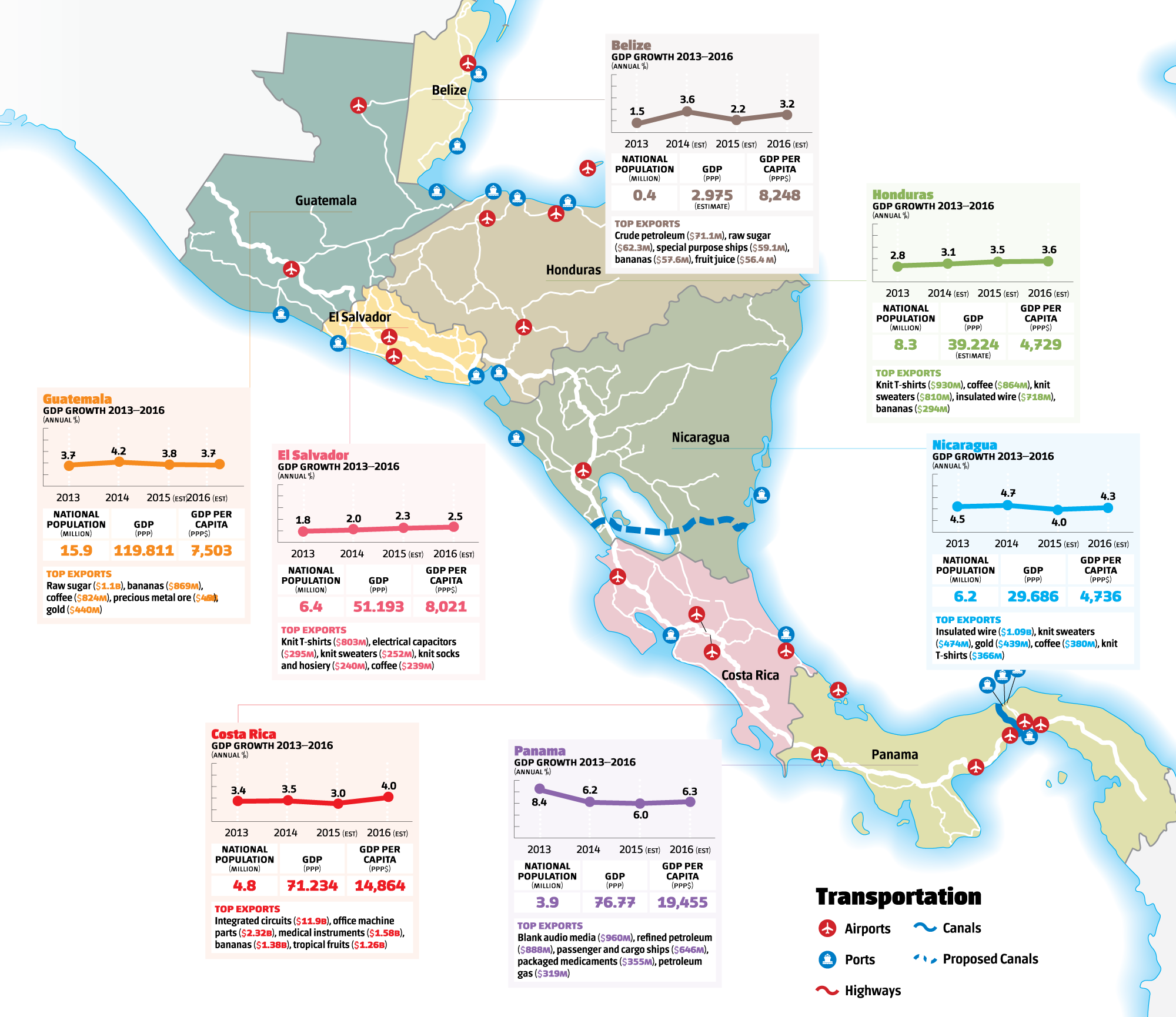