This article is adapted from AQ’s print issue on Venezuela after Maduro. 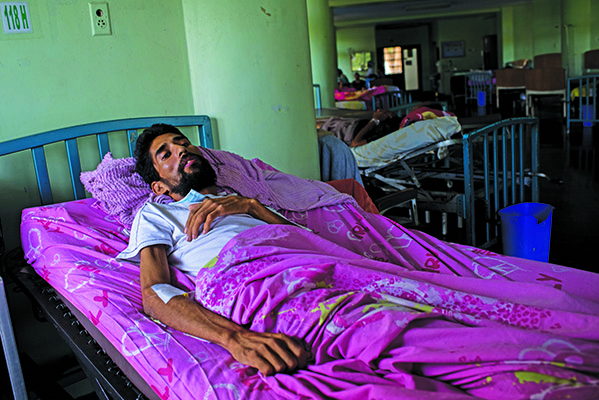 4 out of 5 public hospitals are facing shortages of medicine and equipment
Jesús Morales, an HIV patient, lies on a bed in the Central University of Caracas. Approximately 80 percent of people with the virus do not receive proper treatment. 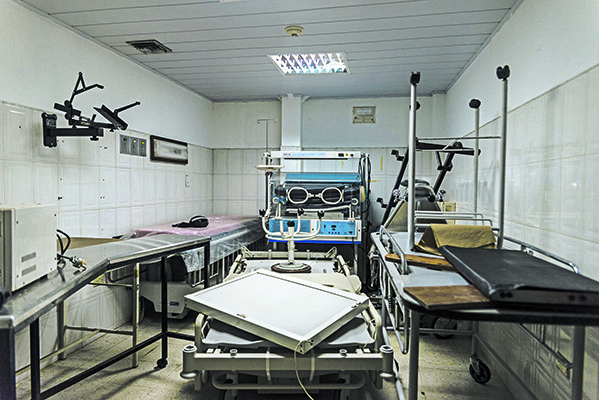 Because of poor management and a lack of spare parts, many hospital rooms are abandoned, such as this one in eastern Venezuela. 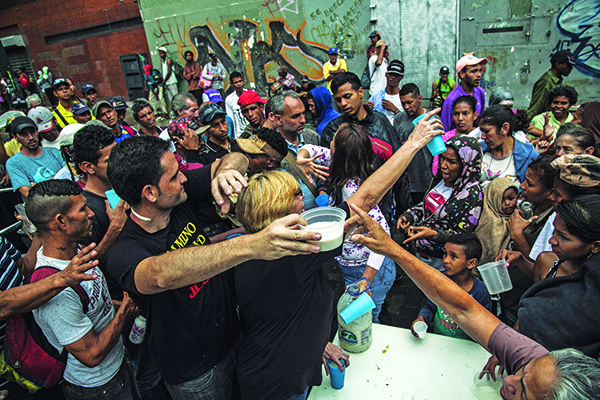 8.2 million Venezuelans skip at least one meal per day.
A crowd clamors for food in Caracas 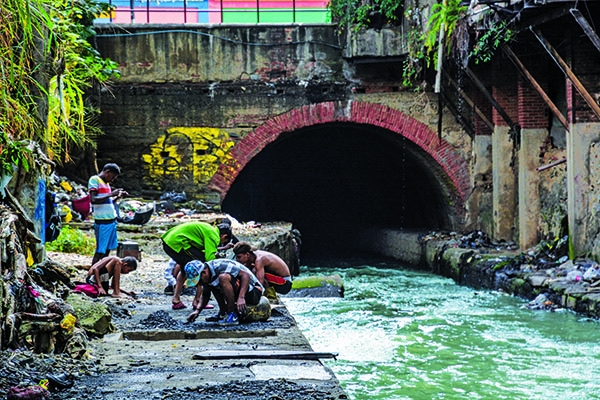 There was a 145 percent increase in malaria between 2015 and 2017. Venezuela is one of four countries in the world in a state of alert over the disease
With good jobs scarce, some Venezuelans scour sewage-contaminated waters such as these in Caracas, looking for bits of gold and silver. 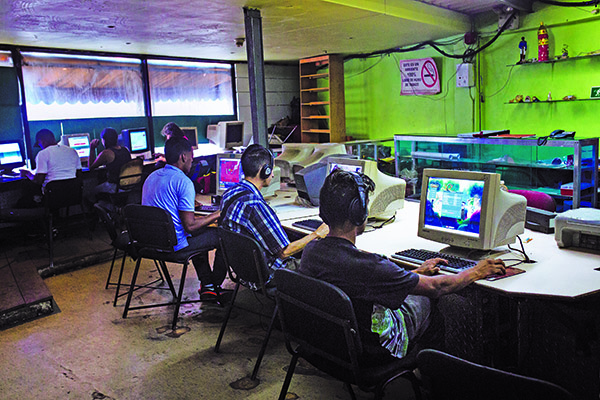 These cyber cafe customers are playing online games, such as Tibia, hoping to acquire virtual assets they can trade with other gamers for hard currency or bitcoin, which are precious amid Venezuela’s liquidity crunch. 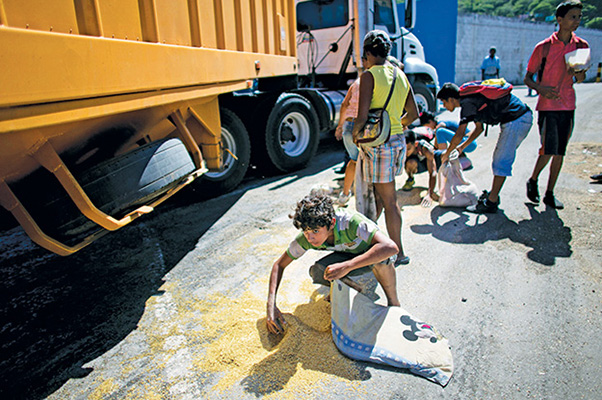 25 pounds was the average weight loss for 64 percent of Venezuelans whose weight dropped in 2017 as a result of food insecurity.
A boy fills a pillowcase with rice that shook loose from a cargo truck carrying food into Venezuela’s main port.