Preconceptions about piracy abound. From the socioeconomic status of consumers to the quality of products, these ideas shape how the region does – or, too often, doesn’t – take action. But finding solutions to Latin America’s piracy problem requires a clear picture of who is supporting the market – and why. To do this, AQ spoke to shoppers in five street markets around the region about why they were buying pirated and counterfeit goods. Some of their answers surprised us. 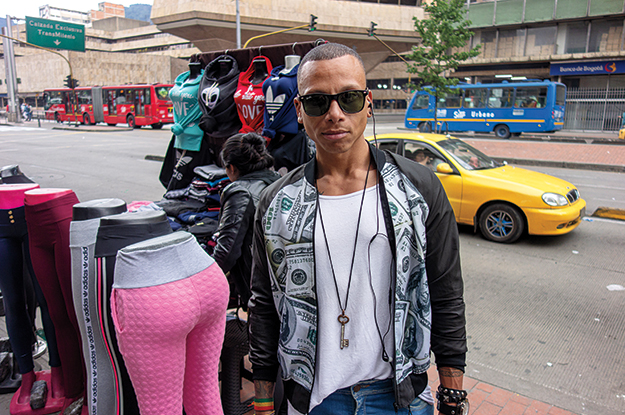 “A lot of things end up in the market at the same time, and that’s why it is sometimes a lot cheaper to buy in these streets than elsewhere. You find things are almost the same. They have the same design and everything, but they’re a lot cheaper here than buying directly from the store. I don’t have any favorite brands, but if I like something, and it’s for $5, $10, or even $25, I will buy it. They have taught us everything is about the brand, but if you buy from the brand you can only buy one item. The brands need to see that we’re various classes here. We don’t all make the same amount of money. They need to be more accessible in this sense, and perhaps offer more promotions. Now, even at their promotion prices you can come here to the center and buy not just one, but two or three items for the same price.”  – As told to Luke Taylor 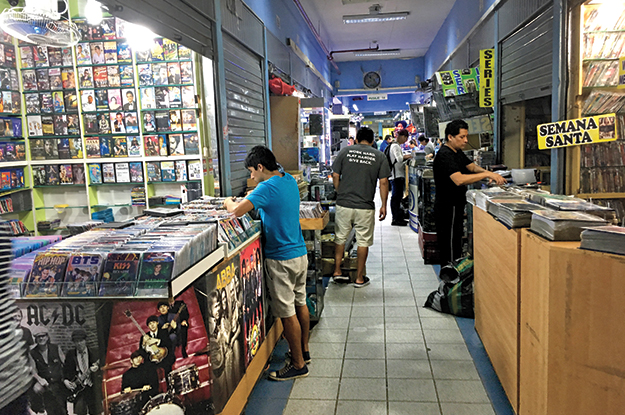 This is the basement of Polvos Azules, a vast labyrinth in downtown Lima where traders hawk everything from fake brand-name boxing gloves to counterfeit designer clothes and sneakers.

“Why would you buy regular DVDs? This Dumber and Dumber DVD is two soles (about 60 U.S. cents). There is no other way I could see the film for that price. And the cast, the producers, they aren’t exactly poor, are they? Buying an original DVD or music CD simply makes no sense. I don’t know anyone who would do that. Maybe if they brought the price down a little, so that you know you’re getting a high-quality HD movie for just a couple of soles more. But otherwise, no way. I think most people know counterfeiting is illegal, but there is no risk. I have never heard of anyone getting into trouble for buying pirated goods.” – As told to Simeon Tegel

*not his real name 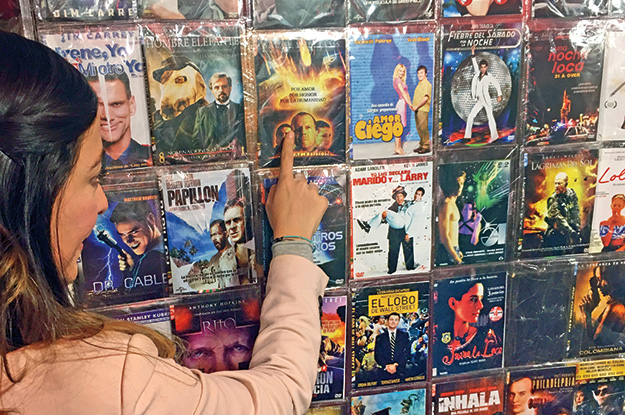 “Ten years ago I used to buy pirated DVDs because we didn’t have platforms like Netflix or Claro Video. So I’d support the informal economy. But now that I use Claro Video I don’t want to support the illegal economy anymore. I also don’t want to put myself at risk to visit the stands by the subway station. It’s easier and a lot more comfortable to stream from home. That’s better for me and my safety. I still bought a few DVDs, when the movies weren’t yet on Netflix. But lots of times pirated DVDs don’t have good sound or pictures. I also think that buying pirated goods hurts the legal economy. When I was younger I didn’t buy pirated DVDs. I’d go to Blockbuster. I also bought a few there, but it was expensive. Now the streaming services are very accessible. You can watch newly released movies in English or with subtitles in Spanish. It’s not too expensive, and you have a lot of options.”  – As told to Nathanial Parish Flannery 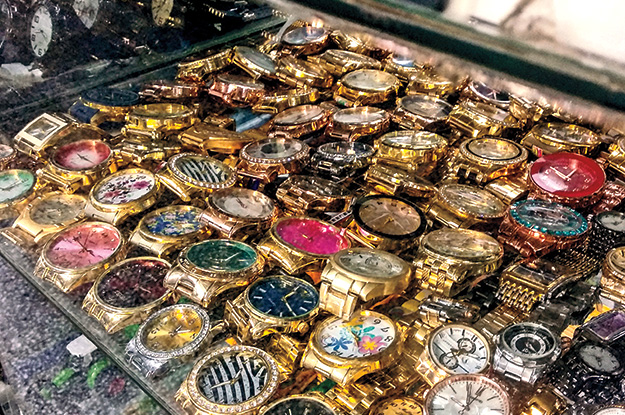 From Ray-Ban sunglasses to Samsung phones, pirated goods are easy to come by at Mercado 4 in central Asunción

“Everybody does it. In Paraguay it is normal. Few things come from the U.S. Everything comes from China or is copied here. We joke that movies are released in Ciudad del Este before Hollywood. Criminals are the bosses of contraband and the corrupt politicians who allow it. We buy the cheapest because we do not have money. I would love to have everything from the best brands, but my salary isn’t enough. Whenever I can, I buy the real version. I prefer the original brand. It lasts longer. But I don’t have money to pay for the original cellphone that I want and another for my son. Cool clothing is very expensive in Paraguay. I have a cousin in Spain and whenever he comes to visit I ask him to bring me clothes that are good brands and also cheaper.” – As told to Santi Carneri 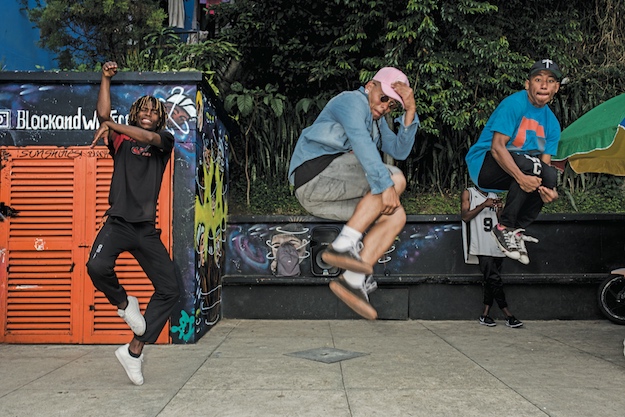 The Once neighborhood in Buenos Aires is a lively location with several shops selling counterfeit goods.

“I’m buying these counterfeit soccer jerseys because I play on a team with my friends and we need them to train and for our matches. We need to buy about 15 jerseys in total, and it would be too expensive to buy the real ones. In a country where some people are barely making ends meet, they can’t spend 30 to 40 percent of their salaries on a jersey, which is what some of them cost now. They are priced like luxury goods, even though the materials and production costs aren’t that high. In Argentina, it’s also very hard to find original jerseys from some international teams like Manchester City. So buying the counterfeit version is the only option in those cases. I’m aware that it’s illegal to produce and sell these jerseys, but like Thoreau would say, sometimes the correct civil act is disobedience. I’m not in favor of promoting piracy, but I don’t think it’s right for one company to have a monopoly over people’s passions, in this case soccer. If prices were a bit more reasonable, I would definitely consider buying the original jerseys.” – As told to Lucia He


Tags: Bogota market, Buenos Aires market, Latin American markets, Latin American Piracy, Lima market, Piracy
Like what you've read? Subscribe to AQ for more.
Any opinions expressed in this piece do not necessarily reflect those of Americas Quarterly or its publishers.