Chile’s long territory comprises different climate zones — from the Atacama, world’s driest (nonpolar) desert, to glacier-fed rivers in Patagonia, the Andes in the east and Pacific Ocean islands to the west. Chile has developed a strong track record of distributing the vital resource to the population, although privately controlled aquifers have constrained water access for a few marginal communities. The Santiago metropolitan region is considered one of the world’s most vulnerable basins. Water services in urban areas are operated by the private sector under a concession regime, with several multinationals present in the country. 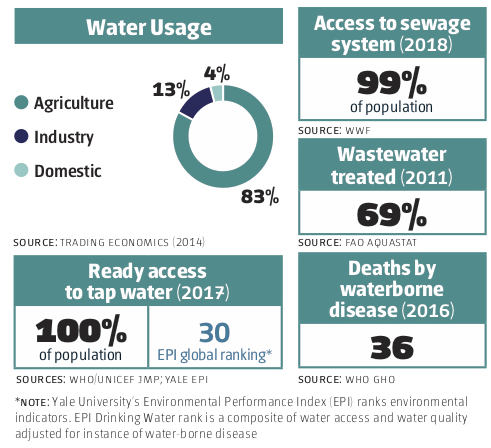 The Chilean model for water management is an outgrowth of the 1981 Water Code, which established private governance of basins with tradable water rights granted in perpetuity. The Michelle Bachelet administration attempted to enforce time limits to those rights in 2014, but President Sebastián Piñera seeks to maintain perpetual rights in his bill to reform the Water Code. In 2008, the Glaciology and Snow Unit was created to monitor and develop climate change adaptation strategies for glaciers, a major source of fresh water. A bill in Congress, opposed by the government, would establish legal protections for glaciers and block copper mining in glacial areas. In June, Piñera launched a $6 billion reservoir plan to guarantee water supplies for 150,000 farmers. 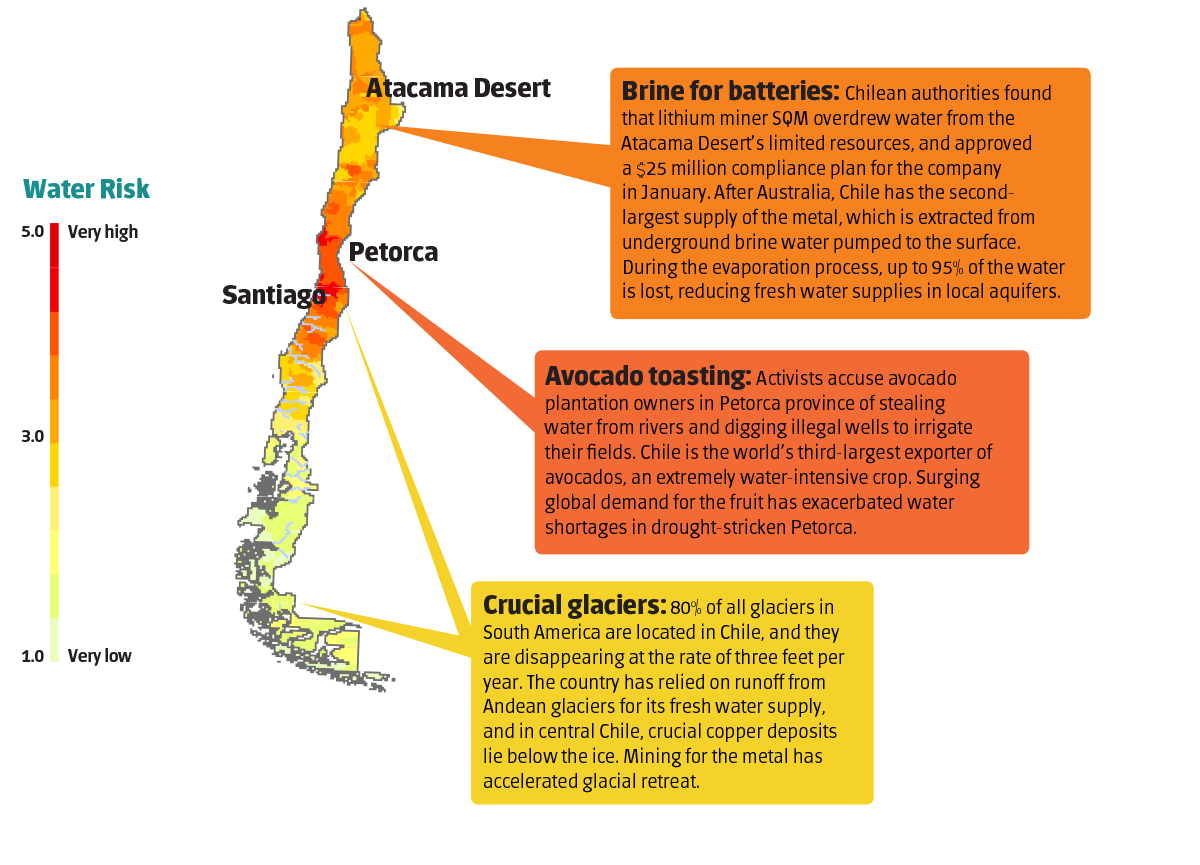 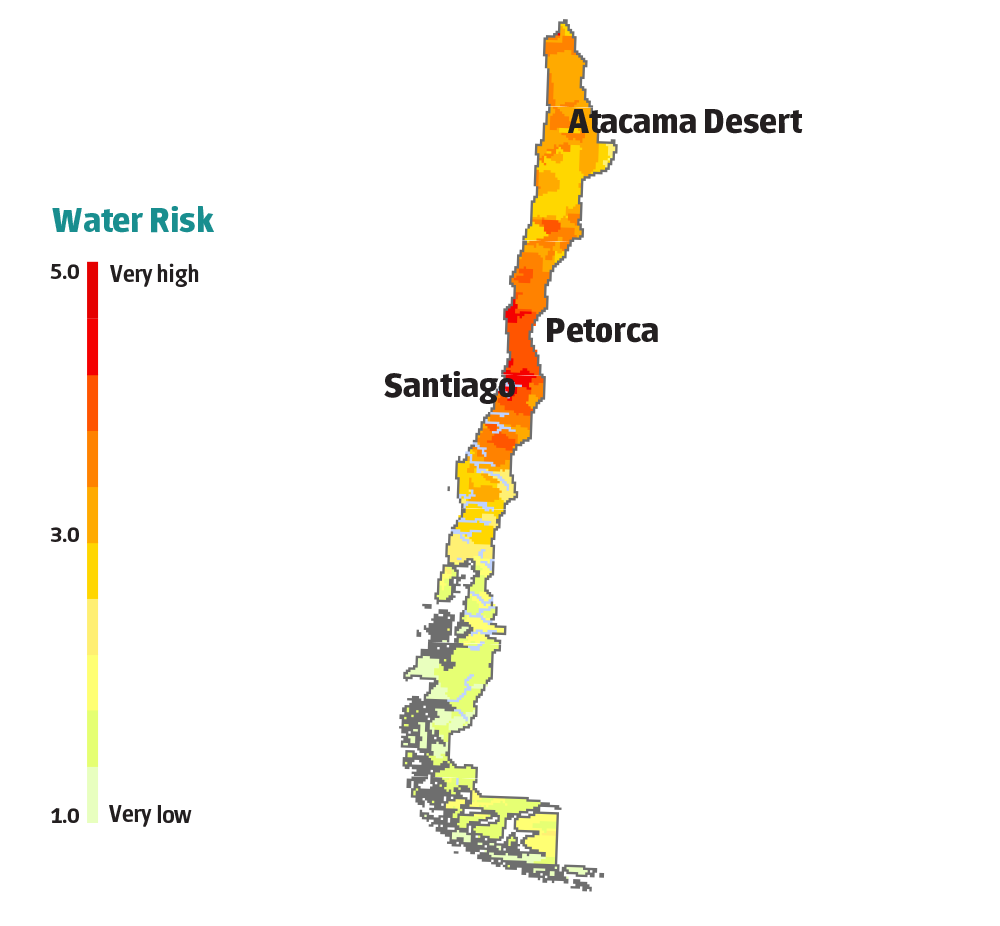 Brine for batteries: Chilean authorities found that lithium miner SQM overdrew water from the Atacama Desert’s limited resources, and approved a $25 million compliance plan for the company in January. After Australia, Chile has the second-largest supply of the metal, which is extracted from underground brine water pumped to the surface. During the evaporation process, up to 95% of the water is lost, reducing fresh water supplies in local aquifers.

Crucial glaciers: 80% of all glaciers in South America are located in Chile, and they are disappearing at the rate of three feet per year. The country has relied on runoff from Andean glaciers for its fresh water supply, and in central Chile, crucial copper deposits lie below the ice. Mining for the metal has accelerated glacial retreat.