About 400 miles from shore, a small fishing community in Chile’s Juan Fernández Archipelago makes its living from a species unique to the islands: the Juan Fernández spiny rock lobster. The area is a national park, but in the 2000s, marine life was showing signs of stress. Catches started to dwindle, threatening the community’s livelihood.

Bottom trawling, an industrial fishing practice in which heavy equipment is dragged across the ocean floor, was permitted just a few miles offshore, tearing up coral banks and destroying habitats. In 2009, a group of scientists started working with the fishers to find a solution.

Their victory came in 2012 after extensive campaigning, when Chile’s Congress banned bottom trawling from all of its 118 seamounts, giving the lobster — and the local fishing economy — a chance to recover.

Chile has been aggressive in its efforts to reform its laws and institute more science-based management. Chilean fishers, and the coastal communities they call home, now benefit from the fact that 23% of the country’s waters are protected in zones where fishing and other commercial activities are restricted.

Chile’s success shows that conservation and a strong economy can go hand-in-hand throughout the region. By enacting science-based policies, the government has ensured that fishers can continue to support their families from the country’s rich ocean life.

Thanks in part to its generous coastline, Chile is one of the top 10 countries for seafood catch globally. The fishing industry supports tens of thousands of artisanal fishers.

Chile’s fishers have learned the consequences of not only habitat destruction, but also over-exploitation. Chilean jack mackerel, which was captured by the millions of metric tons at its peak in the 1990s, started to show signs of over-fishing in the 2000s, with fishers landing just a fraction of what they had caught previously.

A regulatory change helped put it back on track. Chile’s National Fishery Board started basing its annual catch quota on the recommendations of scientists, rather than commercial fishers who had a vested interest in securing higher quotas. Chile also joined the South Pacific Regional Fisheries Management Organization, which tracks where fish migrate, how many fish there once were in any given area, and how many remain. Thanks to these sensible policies, the jack mackerel appears to be headed toward a full recovery.

Marine Protected Areas (MPAs) can be established for a variety of purposes, which may include preventing fishing or destructive activities, which could in turn help fish recover. Studies show that effective MPAs can result in larger and more numerous fish over time, and because fish sometimes move around and release their eggs in other areas, this can trigger a spillover effect into areas where commercial fishing is permitted. A paper published in Nature Sustainability this year also showed that MPAs had a positive effect on income and fish catches in coastal communities.

In 2017, former President Michelle Bachelet announced that the Chilean government would create MPAs amounting to more than 270,000 square miles, including the waters surrounding the Juan Fernández Archipelago, giving its spiny rock lobster a further opportunity to thrive.

The Chilean town of La Higuera is another prime candidate for an MPA. In addition to being a hotspot of marine biodiversity, the town has significant commercial value. La Higuera fishers supply 80% of the Coquimbo region’s limpets and abalone (a marine snail considered a delicacy in Asia), plus a considerable portion of macha clams. However, the area is under threat from a proposed mining project. Although the project was rejected, that decision has been challenged in court, and is working its way through Chile’s legal system. 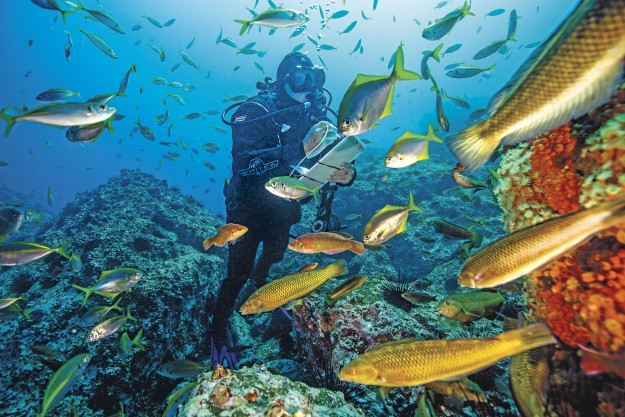 A scientist surveys marine life near the Juan Fernández islands

Lessons for the Region

According to the UN Food and Agriculture Organization (FAO), fish consumption in Latin America and the Caribbean is expected to increase by 33% by 2030. This estimate underscores the importance for other countries in the region to make inroads in science-based and sustainable fishing policies.

In Mexico, 17% of the fisheries are over-fished or depleted, and 63% are unable to withstand any additional fishing pressure, according to an Oceana audit of the available government data from June 2019. However, the government’s data is lacking, so the actual state of Mexico’s fisheries could be worse. Often, the first step toward restoring a fishery is understanding the extent of the problem, which requires complete, accurate and publicly available data. Conservation groups are applying pressure to the government to prioritize the protection, restoration and recovery of depleted fish populations.

Only about 0.5% of Peru’s ocean is protected, leaving the country vulnerable to over-fishing and destructive fishing practices. These protections fall far short of the 10% goal Peru pledged when it signed on to the United Nations biodiversity targets eight years ago.

The Ica region, which is susceptible to dynamite fishing as well as the illegal extraction of seaweed, is particularly at risk. In Piura and Tumbes, two northern coastal regions with high biodiversity, shrimp trawlers illegally encroach on waters set aside for artisanal fishers. The Peruvian government has a proposal to create a reserve in this zone, called Mar Tropical de Grau, which would preserve regional flora and fauna — and artisanal fishers’ incomes. 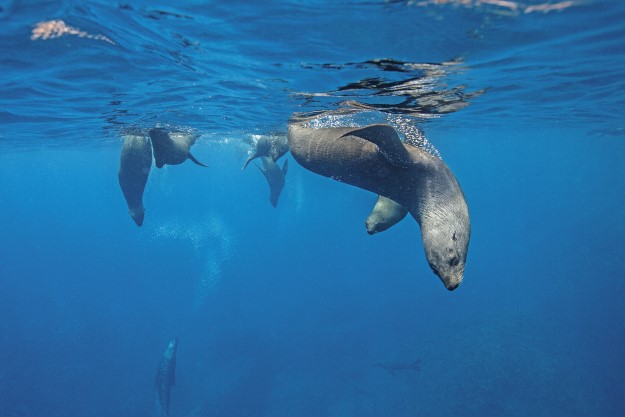 Bans that restrict certain methods of destructive fishing can also help. In Brazil, bottom trawling is permitted along most of the coast, despite the damage it causes. Over the last 40 years, trawlers have scraped the coast of Rio Grande do Sul, the country’s most productive fishing grounds. Over-fishing has also depleted fish stocks, putting artisanal fishing communities in a vulnerable position.

However, some progress has been made. A Sustainable Fisheries Law protecting 5,000 square miles of seabed from bottom trawling was unanimously approved by the State Assembly last year. Local fishers and other fishing communities outside Rio Grande do Sul who do not use trawling gear will benefit from more abundant fish stocks and a healthier ecosystem.

We’ve seen a return to plentiful waters when we preserve ocean habitats and give fish the chance to multiply. Today, the community around the Juan Fernández MPA enjoys sustainable fishing and ocean tourism sectors. Their example can be exported throughout the region.

Petsko is a writer for Oceana, an international nonprofit dedicated to protecting the world’s oceans. She is based in Washington, D.C.


Tags: Ocean
Like what you've read? Subscribe to AQ for more.
Any opinions expressed in this piece do not necessarily reflect those of Americas Quarterly or its publishers.