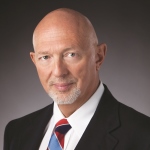 Nicolas Shumway is the dean of humanities and a professor of Latin American literature at Rice University. Previously, he held positions at the University of Texas at Austin and Yale. His scholarship explores Latin American history and culture, with particular emphasis on Argentina, Brazil and Mexico. His best-known book, The Invention of Argentina, was selected by The New York Times as “a notable book of the year” and received Honorable Mention for the Bryce Wood Book Award of the Latin American Studies Association.