This article is adapted from AQ’s print issue on peace and economic opportunity in Colombia.

The field of candidates for Colombia’s 2018 presidential election includes some of the country’s most accomplished politicians – as well as some more uncertain options. Here, AQ looks at the leading contenders, and why each has a chance at the presidency. 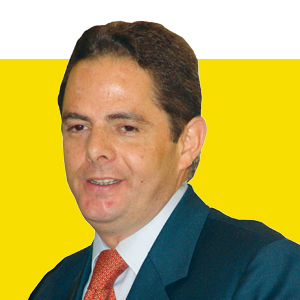 Why he might win: The grandson of a former president, he has political machinery at his back and avoided coming out too far on either side of the peace debate. Perceptions are that as VP he got things done, and he has a strong base of support on the populous Caribbean coast.

Why he might not: On policy, voters may not see much daylight between him and the candidate from former President Álvaro Uribe’s conservative Centro Democrático party. Has some of the highest unfavorable ratings in the field. He was recently filmed punching one of his bodyguards – fanning questions about his temperament. 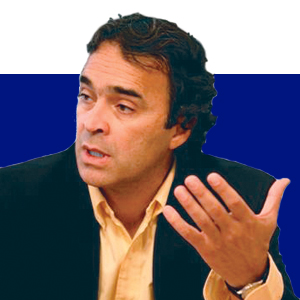 Why he might win: Has a high political ceiling: likeable and accomplished though not as well-known nationally as some candidates. Despite a long track record in government, he has never been tied to a major corruption scandal, perhaps the biggest issue for Colombian voters right now.

Why he might not: May be too nice for the knock-down, drag-out style of Colombian presidential politics. Many other potential candidates along the same ideological bent, and his main base of support in Medellín is shared by another favorite son (Uribe). 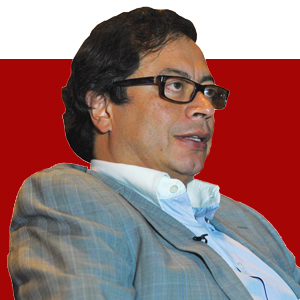 Why he might win: An anti-establishment hero and a crafty campaigner. Petro is a name everyone knows – and the political moment is tailormade. He’s a populist who makes his living criticizing the ills in Colombian politics at a time when people’s faith in the system is near an all-time low.

Why he might not: He’s divisive: the only major candidate with higher disapproval numbers than Vargas Lleras. His administration of Bogotá was largely seen as inept and his guerrilla past is especially problematic after Colombians just “swallowed the toad” of peace with the FARC. It’s easy to criticize – governing is hard. 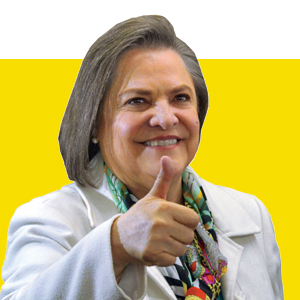 Why she might win: A more palatable – and less confrontational – version of Petro, she has anti-establishment bona fides but proved she can work within the system as minister for President Santos. She’s well-known nationally and ran a strong campaign in 2014, when she finished with 15 percent of the vote.

Why she might not: May have reached her ceiling. She’ll face competition from a host of more moderate (and more charismatic) leftist politicians, who may be a more comfortable choice to most Colombians. 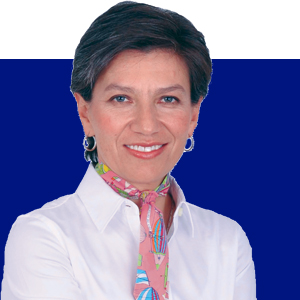 Why she might win: A fresh voice whose anti-corruption message has struck a chord with voters. She’s well-known, well-liked, and respected for speaking her mind.

Why she might not: Colombia is a conservative country, and while López, an out lesbian, speaks to the values of major cities, she may be an uncomfortable choice for some voters. She also shares a moderate left, anti-corruption platform with several other strong candidates. 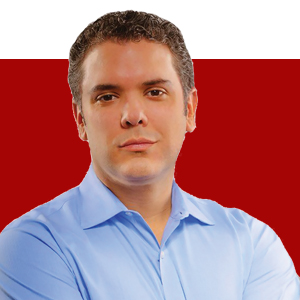 Why he might win: Uribe, his political mentor, remains one of Colombia’s most popular politicians thanks in part to his pro-business message and hard line against the FARC. Of the candidates who could hold the banner for Uribe’s supporters, Duque is likely the most measured and palatable for wider audiences.

Why he might not: He may not be a candidate – especially after Óscar Iván Zuluaga’s return to contention after beating an Odebrecht-related corruption investigation this month. Others both inside the Centro Democrático (including Carlos Holmes Trujillo) and out (Marta Lucía Ramírez) could wind up representing Uribe – the party will make its choice in November. On policy, Duque could find it hard to separate himself from the more experienced Vargas Lleras. 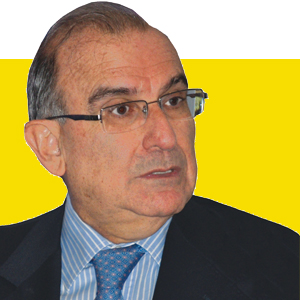 Why he might win: The peace process. one of the lead negotiators for the deal and perhaps the best-placed to shepherd its implementation. Has held every political position in the book and could be seen as a capable caretaker while other politicians are busy slinging mud at each other.

Why he might not: The peace process. Fifty percent of the coutnry rejected the deal in a 2016 plebiscite, and few names are as closely associated with it as De la Calle. Carrying the weight of an immensely unpopular government. 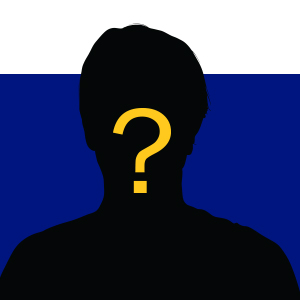 Why she/he might win: With more than two dozen potential candidates, figures from either end of the political spectrum could catch lightning in a bottle. That includes the Parrtido Liberal Senator Juan Manuel Galán, the far-right former Attorney General Alejandro Ordóñez, and former Ambassador Carlos Pinzón, to name a few.

Why she/he might not: There are four forces with an obvious chance of victory in 2018: Petro, Vargas Lleras, a pro-peace figure and “the one Uribe chooses.” The last two aren’t set in stone, but the list of legitimate aspirants is shorter than it appears at first glance.

Benjamin Russell is a senior editor and correspondent in Mexico City for AQ.
Like what you've read? Subscribe to AQ for more.
Any opinions expressed in this piece do not necessarily reflect those of Americas Quarterly or its publishers.