It’s Saturday evening and Lesly is greeting friends outside a four-story building on the outskirts of Lima. Turquoise bracelets jangle on both wrists as she waves and chats. A bass drum booms in the background, and a vocalist tests the microphone, beginning rehearsals for the night’s performance.

This isn’t just another concert. The first hint is the two supermarket carts parked nearby, slowly filling up with bags of rice, beans, sugar and other nonperishable food items brought by those streaming inside. The young men and women are donating to a church fundraiser; they’re here for the first of a series of weekend gatherings for youth organized by an evangelical church called Jesus Christ Is Our God, Truth and Life.

More: In the digital age, young people can take their pick of the religious practices that appeal to them.

The events seem designed to keep the young believers busy and engaged: At 6:30 p.m. there’s the Growth Group; then there’s the Unity Group. There’s also the youth service. The next day, Sunday, there are the regular services, morning and night. It’s a routine and a set of beliefs that Lesly can find supportive or restrictive — or sometimes, like this evening, both. 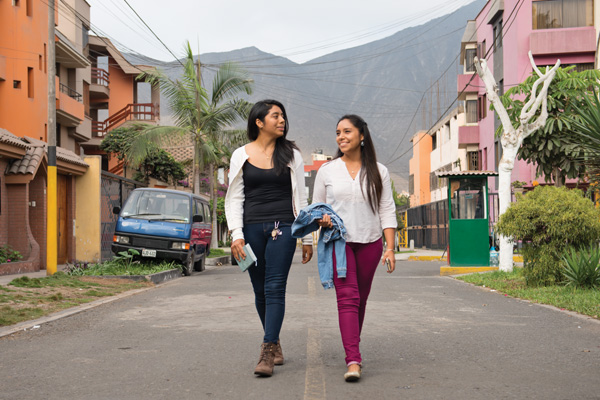 Later that night, her school friends were planning a party with alcohol and dancing. She’d planned to go, until her sister found out what it would be like from a Facebook posting. Her parents said no, and she accepted their limits, even though it was the last weekend before school started.

“I’m not going to go against God for a party,” she said. “Some experiences I just don’t consider vital.”

The 18-year-old appreciates the structure and order she finds at church. She gets that from her mother, Ruth, who is the most devout member of the family and runs a meticulous household. “She’s a little robot — everything must happen at the right time,” Lesly said.

In her studies, too, Lesly looks for clear rules and definitions: She’s studying industrial engineering at the University of Lima.

“I don’t like the humanities — there’s nothing objective there,” she explained. “In math it’s simple: 10 means 10. I’m sticking with math. I’m good at it.”

The world outside church and math can seem too confusing, without guidelines. Many religious and conservative Peruvians took to the streets in 2016 and 2017 to protest language in a new school curriculum that discussed gender equality and sexual orientation, for example. Lesly didn’t go to the marches, and struggled to articulate where she stood.

“Teaching children that you can have a dad with a dad, or a mom with a mom, I don’t like that,” she said. “I don’t agree with that way of thinking. But it should be respected. That’s important.”

There was a time when she chaffed at her parents and the church. Lesly was 15 when she looked around and saw a range of experiences that were out of her reach: She had friends who dated, had sex, danced reggaetón at parties. She knew girls who were pregnant. 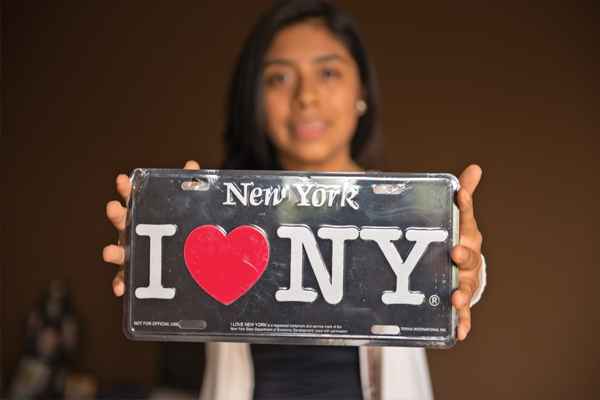 “I was growing up in a bubble,” she said. “It seemed real life was out there.”

She went to one party. Someone passed her a cigarette. She went to another and accepted a drink — she isn’t sure what it was. She’d never had alcohol. It wasn’t comfortable, she said. There were people draped over couches. Others were drunk, talking nonsense, or throwing up.

“I realized I wasn’t missing out on anything,” she said. “I went back to church, but with a different perspective.”

Her return to church didn’t mean the end of her curiosity about the world. Her roaming just took a different form. She traded her quinceañera for her first trip abroad, a family excursion to Orlando, Florida.

The trip was a shock, she said. Everything was different: language, culture, food, other young people. She loved it all. Since then, she’s traveled again with her family to Florida, and then by herself to New York.

More: How Lesly’s experience abroad makes her more likely to get ahead at home.

“I felt an incredible sense of freedom,” she said of that first trip alone.

She’s now applying for a work and travel program in the United States — something that would let her experience other perspectives without losing the structure and order she prizes.

Cáceres Álvarez is a journalist based in Peru.

Latin Americans are becoming less Catholic than they were 30 years ago: around 20 percent now consider themselves Protestant and about 10 percent are unaffiliated with a religion. Beyond that, however, Lesly’s experience with Pentacostalism reflects how differently young people in the region engage with religion compared to their parents and grandparents. They still turn to religion for community and friendship, but in a world where religious services are as easily viewed on YouTube as at a local church, they are less likely to feel wedded to local pastors or traditions. Many mix and match aspects of faith that appeal to them, drawing from other Christian denominations, African-based traditions like Candomblé and others, and incorporating them into their own religious practice. Young people in Latin America are thus increasingly deciding for themselves what feels right spiritually and, in a sense, becoming their own religious authorities.

Employers in Latin America are increasingly attracted to foreign language skills, but only in recent years, with the expansion of the middle class, have academic exchange programs become widely available in the region. According to the Institute of International Education, the number of Latin American students in exchange programs abroad grew from 64,000 in 2010 to 84,000 in 2015. Participating in such a program will boost Lesly’s professional capital: Learning English can open well-paying opportunities. More than three-quarters of Peruvian employers surveyed by the British Council said English was essential for managerial staff, and important for the country’s growth. Living abroad will also let Lesly build relationships outside her family. Living alone is often a challenge for Latin American students, who often live with family until marriage.