In the late 1970s, the makers of an American antipsychotic drug called Stelazine were looking for a way to market their product to consumers in magazines and medical journals. The campaign they settled on featured indigenous masks and headdresses from Africa and Canada alongside slogans like, “Lift the mask of schizophrenic withdrawal.” For a version of the advertisement in Mexico, they opted for local traditional masks instead.

The recontextualization of indigenous heritage and imagery (of which that campaign was a particularly egregious example) occupies an important place in the work of artist Mariana Castillo Deball (b. 1975, Mexico City). For a 2014 exhibition titled UMRISS (“outline” in German), Castillo Deball recreated the Stelazine campaign using Mesoamerican masks from the collection of the Ethnological Museum of Berlin. Her series of photographs depicts the reverse side of indigenous Mexican masks in an effort to highlight the ways in which media and popular culture appropriate national and indigenous identities.

Indeed, much of Castillo Deball’s work encourages new ways of reading and understanding historical artifacts in the current context. Based between Berlin and Mexico City, Castillo Deball creates art that examines the nexus of history and identity, drawing on museology, anthropology, archaeology and the philosophy of science in an effort to shed light on indigenous and pre-Hispanic narratives and their legacy in contemporary Mexico.

Castillo Deball often works across disciplines, collaborating with experts in different fields and allowing external voices to permeate her work. Her relation to literature is evident through the titles of her pieces, for which she often uses quotes and riddles, or plays on everyday expressions. The ethnographic and scientific data she collects in her research is transformed and disrupted in her work to contain the present as well, raising questions of authenticity and historical rigor.

Above all, Castillo Deball’s art responds to a seemingly total state of globalization in which Western traditions attempt to assimilate all others. The philosophical questions she contemplates are deeply rooted not only in the manifestation of indigenous Mexican identity, but also in the universal aspect of cultural specificity.

One of the most influential artists of her generation, Castillo Deball has contributed immensely to post-colonial perspectives in the field of contemporary art. The following works, collected from her exhibitions over the last seven years, are representative of the artist’s commitment to reinterpreting indigenous heritage in the contemporary world. This portfolio includes sculpture, installation, and photography, with the intention of  offering a short but comprehensive overview of the artist’s practices and preoccupations. 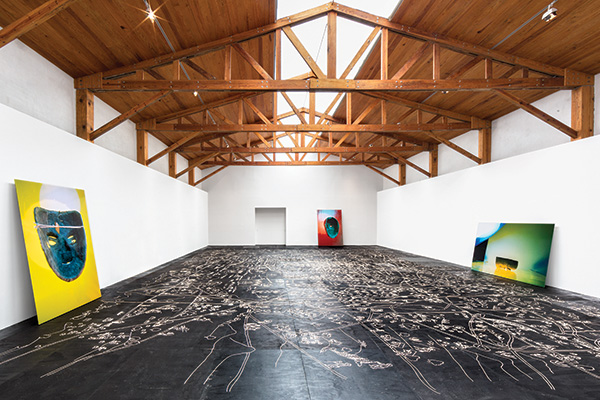 Castillo Deball presented her first solo show at the Kurimanzutto gallery in Mexico City in 2014. Visitors to the exhibition were invited to walk over wood paneling engraved with an enlarged Uppsala Map (ca. 1550) that occupied the entire floor. The original drawing, made by an Aztec artist, is considered one of the most accurate representations of Mexico City after its conquest. Castillo Deball’s version of the illustration showed the coexistence of new European buildings with traditional indigenous settlements, transporting viewers to the dawn of Mexico’s modern cultural age. Photos from Castillo Deball’s series of indigenous masks can also be seen leaning against the gallery walls. 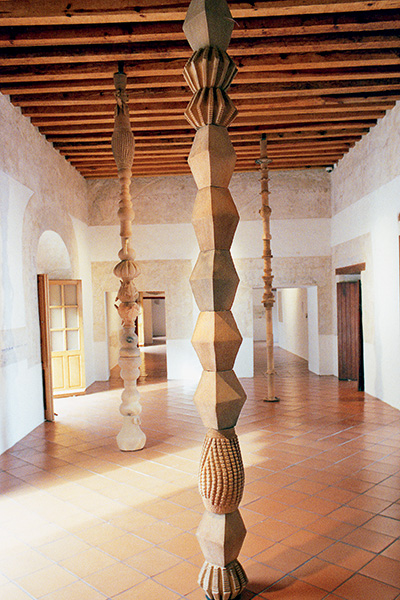 Who will measure the space, who will tell me the time?, 2015 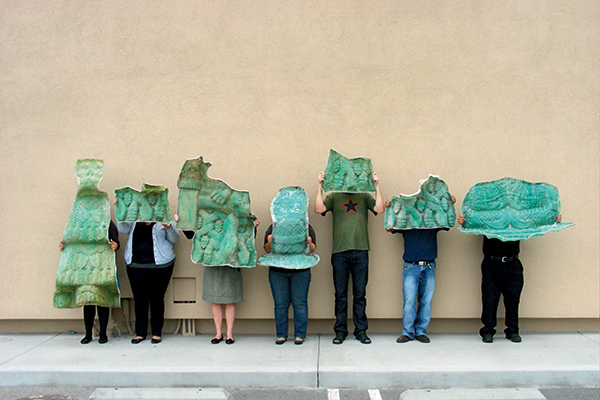 For this work, Castillo Deball researched the history of a statue of Coatlicue, the Aztec goddess of earth and death, that was uncovered at the Zócalo in Mexico City in 1790. The Spanish colonizers who discovered the nearly nine-foot-tall statue considered it monstrous and buried in the courtyard of the Real y Pontificia Universidad de México, hoping to curb its idolization by indigenous people. The artifact was later made accessible only to foreign travelers, such as Alexander von Humboldt, who in the early 1800s made drawings and a cast of the statue. For her show at the Museum of Latin American Art in Long Beach, California, Castillo Deball created a modular fiberglass sculpture from a cast of the original Coatlicue statue, working with its component parts to form a fragmented version of the goddess. Castillo Deball’s aim in “No solid form can contain you” was to emphasize the play between reproduction and original, and to question how modern viewers would understand the image of the Aztec idol. 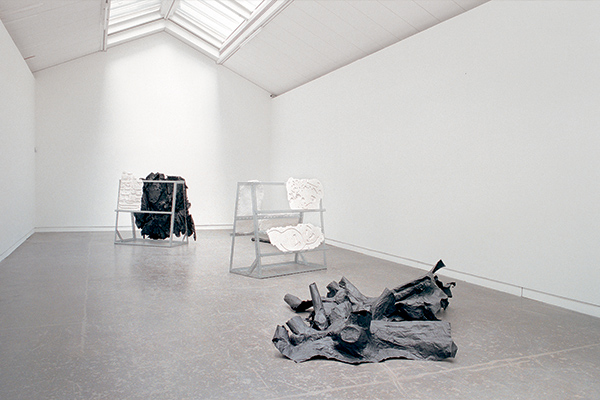 What we caught we threw away, what we didn’t catch we kept, 2013

This project for the Center of Contemporary Art in Glasgow, Scotland, focused on the recording techniques of British explorer Alfred Maudslay, who traveled through Mexico and Guatemala between 1880 and 1920. Maudslay devoted himself to recording the Maya culture and its hieroglyphic writing through photographs, drawings, plaster casts and paper squeezes — a technique he developed using papier-mâché. These objects are now part of the British Museum’s collection, and in many cases are the only existing records of the original Maya monuments. Castillo Deball reused Maudslay’s techniques and applied them to objects and landscapes from around the world. Castillo Deball’s reproductions of Maudslay’s techniques included using bookshelves and museum pedestals to exhibit archival material and casts of indigenous objects (left); the display also incorporated black papier-mâché shadow molds on the gallery floor (lower left) and around a tree trunk (far left). 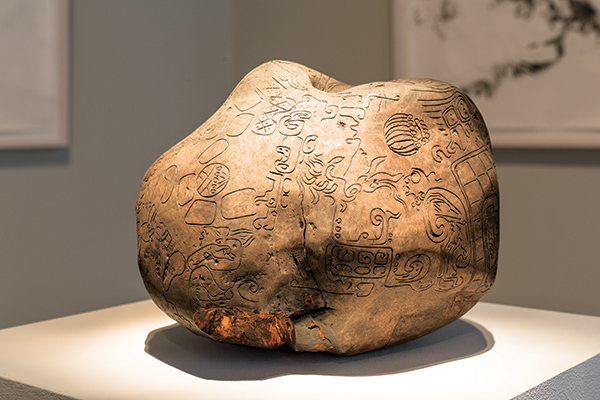 You have time to show yourself before other eyes, 2014

In this work for the Berlin Biennial, Castillo Deball incorporated museum pieces to reflect on cultural exchange in the context of colonization. The installation (below) included sculptures, drawings, and prints, as well as a series of plaster copies, molds and facsimiles. Again, the artist combined originals with copies and copies of copies to blur the historical perceptions of her audience.

Flom is the visual arts exhibitions and public programs coordinator at the Americas Society.