If you’ve ever heard of the Peruvian town of Santiago de Chuco, it’s probably for this reason: 130 years ago, the poet César Vallejo was born there. This single fact has fueled interest in Santiago for over a century. It also motivated Sofía Velázquez Núñez, a visual anthropologist, to film the small Andean community for her documentary, About Everything There Is to Know. This enchanting portrait of a town still haunted by Vallejo and his work doubles as an investigation into how much one man’s poetry can sustain its people’s lives.

It’s no accident that almost everyone in Santiago enjoys a personal connection with Vallejo. For decades, his legacy has been institutionalized and evangelized by the Peruvian state. A photograph of Vallejo hangs in front of the town hall. Schools host competitions where children recite his poems from memory. In 2014, Congress unanimously approved a law that designates Santiago the country’s “Capital de la Poesía.” In other words, the santiaguinos, as the town’s inhabitants are called, have been force-fed Vallejo from infancy.

But despite the imposition, their relationship to Peru’s “universal” poet does seem genuine. Most of the documentary takes place in a theater, where Núñez set up a casting call. Men and women of all ages and vocations stand before a microphone, answering questions about Vallejo that often reveal much about their personal lives. The most compelling participant is Elder, a young saxophonist and aspiring mechanical engineer. As a child, Elder won multiple Vallejo recitation competitions, even scoring a brief stint on TV, where Núñez first noticed him.

Although he still remembers the poems he used to recite, Elder is trying to leave his life in Santiago behind. During much of the film, he waits to hear back about a university scholarship. The amount of attention Núñez pays to his plans for departure suggests she is equally—if not more—invested in what drives santiaguinos away from Vallejo, as in what keeps them connected to him.

About Everything There Is to Know

Elder didn’t come up with the idea of leaving Santiago all by himself—his family encourages him, too. In one scene, his mom admits she would be willing to bribe government officials to secure his financial aid. It seems fitting, then, that a century ago, Vallejo himself sought the world outside his isolated hometown. He moved to the nearby city of Trujillo to study medicine, law and literature. Then, after several years moving back and forth between Trujillo and Lima, he left definitively for Europe, where he wrote most of his poetry. He never returned home.

Santiago is located in La Libertad region, where a quarter of the population are poor and nearly 75% hold informal jobs, according to the Instituto Peruano de Economía. The local economy is dominated by extractive mining. (The province ranks among the country’s largest gold producers.) Although politics barely surfaces in the film, a strong undercurrent of it can be felt. “Vallejo’s poetry belongs to the proletariat, to the poor,” Núñez recently stated in an interview. “He suggested that art should abandon the elite and return where it belongs, among ordinary people.”

In one of the earliest scenes, two boys hang around a cemetery, bickering over the location of Vallejo’s grave. One of them insists the poet lies in Paris, where he died, while the other matter-of-factly notes that he must be there, in Santiago. Núñez refrains from clarifying the situation, although it turns out both kids are, in a way, correct. An exact replica of Vallejo’s gravesite was inaugurated a decade ago in his birth town, encouraging visitors to “relocate imaginatively” to the Montparnasse Cemetery, where his remains were actually interred. Santiago still clings to Vallejo, even as its residents venture away.

Alvarado is a writer and former assistant editor at The Atlantic 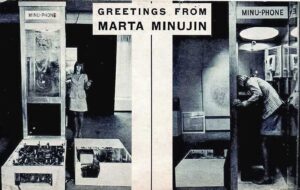 Excerpts from a new book recall how urban decay collided with international cultural ferment in the 1960s and ’70s. 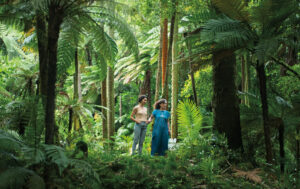 An Argentine director’s film series turns the Bard’s plays inside out to find new roles for female characters. 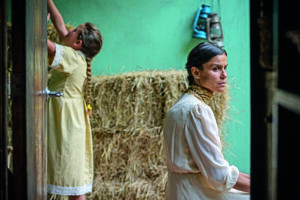 A Swedish–Costa Rican director takes an unexpected approach to themes of sexuality and religious devotion.

Tags: About Everything There Is to Know, César Vallejo, Cultura, Latin American cinema
Like what you've read? Subscribe to AQ for more.
Any opinions expressed in this piece do not necessarily reflect those of Americas Quarterly or its publishers.