Skip to content
Politics, Business & Culture in the Americas
This article was adapted from AQ’s latest issue on the politics of water.
Peru’s Framework Law for Climate Change, enacted in April 2018, incorporates climate risk into all investment projects and makes the country’s climate change commitments legally binding. Water governance is under the Ministry of Agriculture and Irrigation, but administrative authorities manage local water systems. Two major projects are underway that revamp the country’s water management. The 2015-2035 National Water Plan mandates increased mechanized irrigation, home meters and reforestation. A $29 billion plan announced by President Martín Vizcarra in July to upgrade the country’s infrastructure through 2025 also includes its water and sanitation systems. 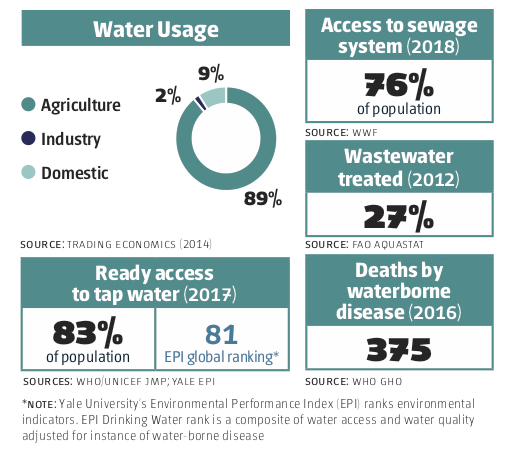 Peru may account for nearly 4% of the world’s total fresh water resources, but the majority of reserves are in the nation’s Amazon region, where less than 5% of Peruvians live. Lima is the world’s second-largest desert city, and nearly 1.5 million Greater Lima residents lack running water, turning to expensive water truck deliveries for access. Contamination from the mining industry threatens waterways around the Mantaro Basin, Lake Titicaca and Lake Junín, among others. In Peru’s arid Ica Valley, a thriving agricultural sector has created a water crisis for locals. Farming conglomerates extract more than 90% of groundwater to produce asparagus and other vegetables, while residents can only access water for a few hours per week. 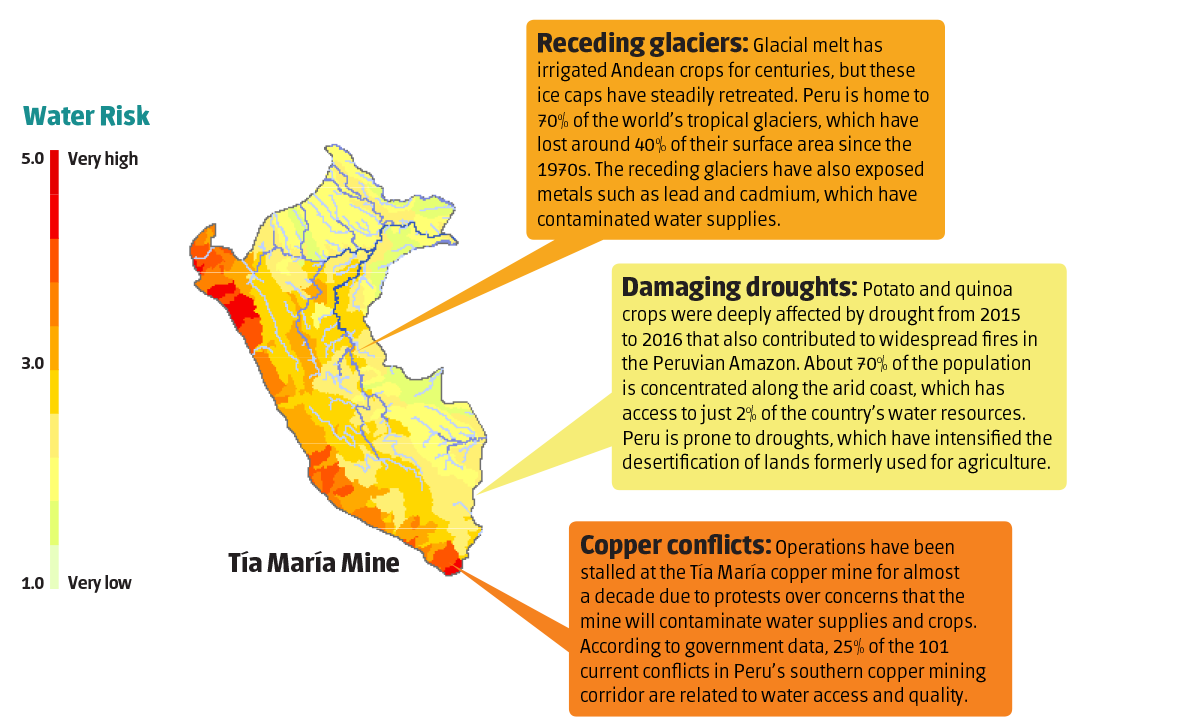 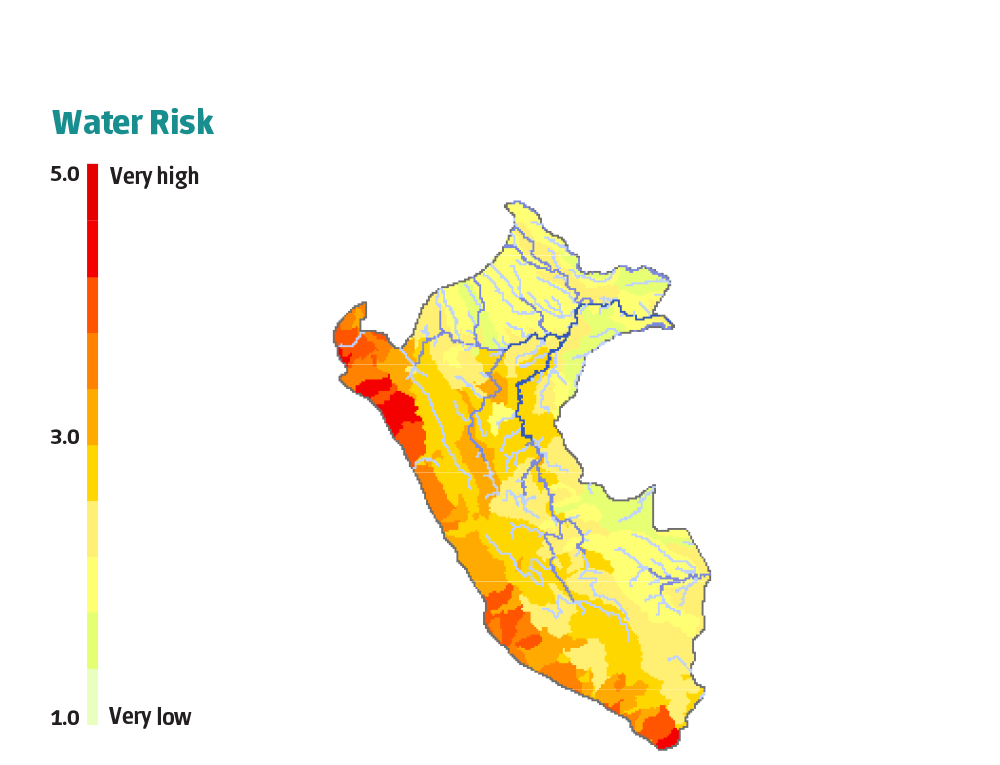 Receding glaciers: Glacial melt has irrigated Andean crops for centuries, but these ice caps have steadily retreated. Peru is home to 70% of the world’s tropical glaciers, which have lost around 40% of their surface area since the 1970s. The receding glaciers have also exposed metals such as lead and cadmium, which have contaminated water supplies.

Damaging droughts: Potato and quinoa crops were deeply affected by drought from 2015 to 2016 that also contributed to widespread fires in the Peruvian Amazon. About 70% of the population is concentrated along the arid coast, which has access to just 2% of the country’s water resources. Peru is prone to droughts, which have intensified the desertification of lands formerly used for agriculture.

Copper conflicts: Operations have been stalled at the Tía María copper mine for almost a decade due to protests over concerns that the mine will contaminate water supplies and crops. According to government data, 25% of the 101 current conflicts in Peru’s southern copper mining corridor are related to water access and quality.