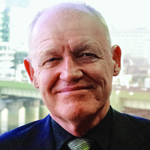 Richard Lapper is an independent journalist and consultant. He worked at the Financial Times between 1990 and 2015. He was the newspaper’s Latin America editor between 1998 and 2008, headed up the FT’s investment research service on Latin America from 2010 until 2015, and the entire emerging market research service between 2014 and 2015. Lapper was also Southern Africa burueau chief (2008-2010), capital markets editor (1994-1997) and financial news editor (1997-1998). Lapper began his journalistic career with the London-based Latin America Newsletter in 1980. He spent two years covering Central America between 1981 and 1982 and visited the region frequently in a freelance capacity during the rest of that decade.