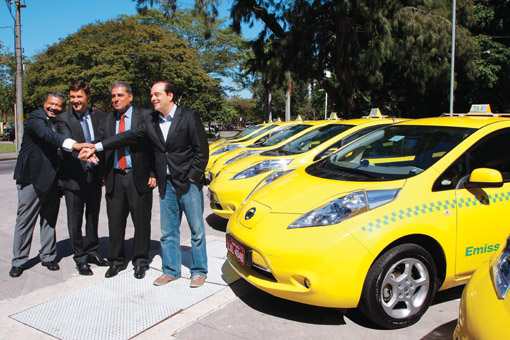 Sustainability has brought a host of complex bureaucratic and technical challenges to city governments across the Americas. Fortunately, many of them are prepared, thanks to governance reforms put in place decades earlier that have become a cornerstone of the development agenda and of city reform in the region.

Just consider the bureaucratic and technical tasks demanded of city governments to implement green policies and to comply with international commitments regarding monitoring and compliance. It wasn’t until the past three decades that state and city governments even had significant budget authority or administrative autonomy over basic functions like education or health care.

A wave of decentralization reforms in the 1990s and early 2000s, however, empowered local governments with new responsibilities over taxation and delivery of social services, as well as authority over decision-making and budgets, ending centuries of hyper-centralized national systems.

Strengthened by these and other governance reforms, cities like Bogotá and Santiago are able to participate in the C40 network of cities, which requires them to collect data and report their cities’ greenhouse gas emissions using the 2006 IPCC Guidelines for National Greenhouse Gas Initiatives. Other cities in the network are also taking steps to reduce energy use, carbon emissions and risk from natural disaster.

One example is São Paulo, which retrofitted 30,512 traffic lights and 15 tunnels with LED lights—reducing their energy consumption by 83 percent and 63 percent, respectively. Another is Mexico City, where local officials have put in place 4,615 solar collectors for use by local businesses. And there is the city government of Lima, which is working with communities to build parks along rivers to prevent river overflow while recovering the waterfront for residents.

All of this requires good, professional public administration and democracy, both of which were absent in many of these cities just a few decades ago.

The past three decades of decentralization reform and civic engagement have also established the framework for the effective use of new technology. City governments are increasingly turning to software platforms to help their agencies gain access to data in areas such as traffic flow, performance of policy initiatives, greenhouse gas emissions, and crime patterns.

For example, software developed under IBM’s Smarter Cities initiative enables governments to collect and process data across sectors to more effectively work in a number of areas related to sustainability—including monitoring water use, tracking and responding to weather emergencies, developing consolidated budgets, and collecting data on traffic flow.

In preparation for the 2014 World Cup and the 2016 Summer Olympics, Rio de Janeiro’s participation in the initiative allowed the city to combine budget and operations data from across 30 different agencies, monitor weather patterns, and create an early warning system to inform residents in favelas—many of them precariously perched on hillsides—of storms that may cause landslides.

The flurry of freedom of information laws passed in federal, state and municipal governments in the early and mid-2000s have also gotten a boost from technology. Montevideo, Uruguay, has adopted a program that allows citizens to download information on their government that is consolidated on one single, user-friendly platform. While such technology fixes help citizens access important information and help governments identify and address problems, effective civil service, honest administration and regular elections will always be crucial.