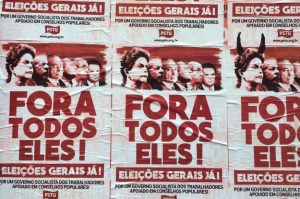 Leia em Português When Argentina’s economy collapsed in late 2001, everybody was absolutely sure whose fault it was. Aloof, hermetic and increasingly prone to slurring his words in public, President Fernando de la Rúa had managed to trash the government’s fiscal accounts in just two years in power. Steakhouses and nightclubs were empty, unemployment was … Read more