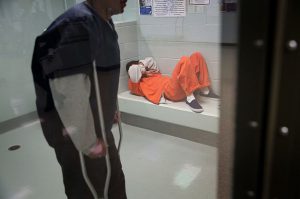 Immigrants Are Dying in U.S. Detention Centers. And It Could Get Worse.

Osmar Epifanio González Gadba, 32, hanged himself in March after three months in a U.S. Immigration and Customs Enforcement (ICE) detention center in California while awaiting deportation to Nicaragua. Jean Carlos Jiménez-Joseph, 27, from Panama, hanged himself in ICE custody two months later, after 19 days in solitary confinement. The morning of his death, a … Read more