Exclusive preview of the Summer 2010 issue of Americas Quarterly

Should states and local governments have the right to enforce their own immigration laws when their voters decide the federal laws and practices are insufficient?

In the Summer issue of AQ (currently available), two U.S. border state governors face off on immigration. Arizona Governor Jan Brewer argues that Washington’s failure to enforce existing immigration laws leaves the state with no choice but to take care of matters itself, while her counterpart in New Mexico, Bill Richardson, argues that immigration must remain in the hands of the federal government.

With the federal government unwilling to secure our border, we are left with little choice. 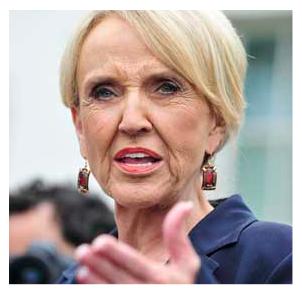 Our neighbor to the south is in a massive battle with well-organized drug cartels. Because of Washington’s failure to secure our southern border, Arizona has become the superhighway for illegal drug and human smuggling activity. In December 2008, the U.S. Justice Department said that Mexican gangs are the “biggest organized crime threat to the United States.” In 2009, Phoenix had 316 kidnapping cases, turning the city into our nation’s kidnapping capital. Almost all of the persons kidnapped were undocumented immigrants or linked to the drug trade.

The same week that I signed the new law, a major drug ring was broken up and Mexican cartel operatives suspected of running 40,000 pounds of marijuana through southern Arizona were indicted.

While drug smuggling is the principal cause of our massive border violence problem, many of the same criminal organizations also smuggle people. Busts of drop houses, where undocumented immigrants are often held for ransom or otherwise severely abused, are not an uncommon occurrence in Arizona neighborhoods.

Today, Arizona has approximately 6,000 prison inmates who are foreign nationals, representing a cost to our state of roughly $150 million per year. Arizona taxpayers are paying for a vast majority of these incarceration expenses because the federal government refuses to pay what it owes. My predecessor as Arizona governor, current Homeland Security Secretary Janet Napolitano, sent numerous requests to the federal government to pay for these prisoners—only to be given the same answer that she and President Barack Obama are now giving Arizona: they will not pay the bill.

When I signed the legislation, I stated clearly I will not tolerate racial discrimination or racial profiling in Arizona. My administration worked for weeks with legislators to clarify and strengthen SB 1070’s civil rights protections. I issued an executive order to implement proper training and enforcement protocols for our police so that the intent of the bill’s language could not be misconstrued. Although it is already against the law, the new law undeniably prohibits law enforcement officers from considering race, color or national origin in implementing the new statute.

As committed as I am to protecting our state from crime associated with illegal immigration, I am equally committed to holding law enforcement accountable should this statute ever be misused to violate an individual’s rights.

There have been countless distortions, honest omissions, myths, and bad information about Arizona’s new law—many, undoubtedly, spread to create fear or mistrust.

So, here are the facts: first, the new Arizona law creates a state penalty to mirror what already is a federal crime. Despite the vile and hate-filled portrayals of proponents of the law as “Nazis”—actions that have been condemned nationally by the Anti-Defamation League—it is already a federal requirement for legal aliens in the U.S.  to carry their green card or other immigration document. As anyone who has traveled abroad knows, other nations have similar laws.

Second, contrary to the horror stories being spread around (President Barack Obama, for example, suggested families risk being pulled over while going out for ice cream), law enforcement cannot randomly ask anyone about their immigration status. Much like the enforcement of seat belt laws in many states, under our new law there must first be reasonable suspicion that you are breaking some other non-immigration law before an officer can ask about your legal status. Only after another law has been broken can law enforcement officers inquire about immigration status if an individual’s behavior provides “reasonable suspicion” that the person is here illegally. Reasonable suspicion is a well-understood concept that has been thoroughly vetted through numerous federal court cases. Racial profiling is prohibited in the new law. Examples of reasonable suspicion include a person running away when approached by law enforcement officers or a car failing to stop when the police turn on their lights.

Finally,  Arizona’s local law enforcement officers, who already reflect the great diversity of culture in our state, are going to be trained to enforce the new immigration law in a constitutional manner. It is shameful and presumptive for opponents to question the good will and the competence of Arizona’s law enforcement personnel.

Theodore Roosevelt said, “No man is above the law and no man is below it; nor do we ask any man’s permission when we require him to obey it. Obedience to the law is demanded as a right; not asked as a favor.”

Arizona has been more than patient waiting for Washington to act. Decades of federal inaction and misguided policy have created a dangerous and unacceptable situation. Arizona has acted to enforce the rule of law, equally and without bias toward any person.

Polls show that a majority of Americans support Arizona’s new law. As representatives elected by and for the people, we have an obligation to represent and protect our citizens to the best of our ability. The federal government has failed in its obligation and moral responsibility to secure our border. A government’s principal responsibility to its citizens is to provide safety and security. States have never been expected, even in prosperous economic times, to sustain the national defense of our borders.

Arizona will no longer sit idly by and watch the destruction of our great state while the federal government watches from the sidelines. Although I recognize that SB 1070, as amended, is not the entire solution to our illegal immigration problem in Arizona, most people are united in the hope that it will finally inspire the politicians in Washington to stop talking and start acting now.

Janice K. Brewer is the governor of Arizona. 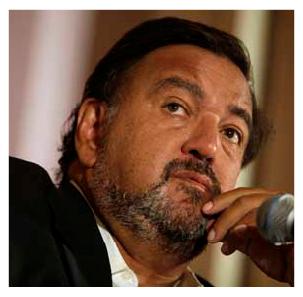 Imagine that legislators in California pass a law that denies business licenses to companies suspected of hiring undocumented immigrants. What if Texas sets up its own immigration inspections on state highways? And what would happen if New Mexico passes a law that closes the international ports of entry along the New Mexico–Mexico border?

Sounds far-fetched, doesn’t it? But it’s easy to see how one state’s actions related to a federal issue—immigration—could turn into the equivalent of an arms race among neighboring states.

The fact is, immigration and control of our international borders are federal issues for a reason. It is in America’s national interest to have a uniform approach to an issue that affects foreign policy and national security.

That doesn’t mean states should ignore the effects of illegal immigration or violence at the border. As governor, I have consistently taken state action to deal with the public safety of New Mexicans living near the border.

Ironically, while the Arizona bill may have been prompted by drug-related border violence, this law does nothing to solve the problem. In fact, the law may actually hurt law enforcement’s ability to go after drug cartels because local police officers will be doing the work of the U.S. Border Patrol rather than the traditional crime fighting they are trained to do.

In 2005, I declared a state border emergency as a result of violence, damage to property and livestock and increased drug smuggling near the New Mexico border town of Columbus. That emergency declaration freed up state money to pay for local law enforcement and a National Guard presence at the border to supplement the Border Patrol, which has primary responsibility for enforcement of federal immigration laws.

I also worked directly with my counterpart in the Mexican state of Chihuahua to address the border violence. Mexican authorities stepped up law enforcement in the area and agreed to bulldoze abandoned buildings across the border from Columbus that were used as staging areas to smuggle drugs and people.

We also worked with the governors of all Mexican border states through the Border Governors’ Conference to address not just immigration and border violence but also education, health care and economic development in the region. We worked collectively as a group to get the attention of our respective federal governments, which is a much more productive way to address the need for immigration reform than enacting a hodge-podge of state laws—on either side of the border—that will only serve to exacerbate the problem.

Unfortunately, our federal government has not acted on our calls for comprehensive immigration reform, despite the public outcry. I am the first to acknowledge that this is a politically charged issue with no easy solutions. At the same time, I strongly disagree with Arizona’s attempt to sidestep federal law and enforce immigration policy on its own.

We have to make immigration reform a national priority. We have to deal realistically with those undocumented workers who are already here. The reality is that we simply cannot deport everyone. Think about the costs that would entail: billions and billions of dollars spent on constant raids and round-ups that will only drive people further into the shadows. And by doing so, we will make them fearful of reporting crime. Immigrants will flee traffic accidents, no longer report domestic violence, and never report illegal operations by drug cartels.

My top priority when it comes to border security is the safety of New Mexico residents. I applaud President Felipe Calderón for his bold campaign against Mexican drug cartels. Unfortunately, the drug cartels are now waging their wars in and around border communities. I can’t ignore the potential for that violence to spill over the border and into New Mexico. That is why I have funded additional law enforcement in those communities and recently sent National Guardsmen to once again support Border Patrol agents in the area.

We must work with Mexico to address the root of the immigration problem. People are desperate to cross our borders because they are starved for hope. I believe that with strong national leadership we can get bipartisan support for a plan that does the following:

I understand the frustration that motivated Arizona’s legislature to enact this new law. But this law is counter-productive and will further divide people. As the nation’s only Hispanic governor, I am especially concerned about the likelihood for racial profiling in Arizona.

Nevertheless, I do not agree with those who advocate boycotts of Arizona as a result of this law. Like the law itself, boycotts are counter-productive and punish the people of Arizona.

Immigration is an issue that should remind us of what is great about America. But too often, it has brought out the worst in us, and the result has been a failure to reform the system. I know we can do better.

Bill Richardson is serving his second term as governor of New Mexico.