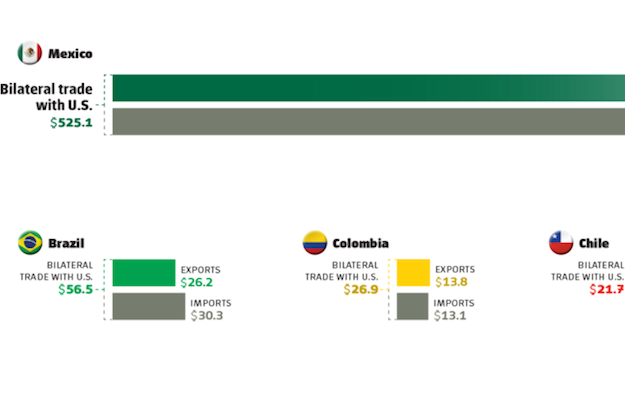 The United States trades more with its southern neighbor than with all of Central and South America combined. Of Washington’s top 10 trade partners in Latin America, all but four (Mexico, Venezuela, Colombia and Ecuador) have a trade deficit with the U.S. But bilateral trade flows could shift as the U.S. looks inward and countries in the region seek more trade opportunities with one another and globally in response. Figures refer to trade in goods and are in billions of U.S. dollars on a nominal basis. 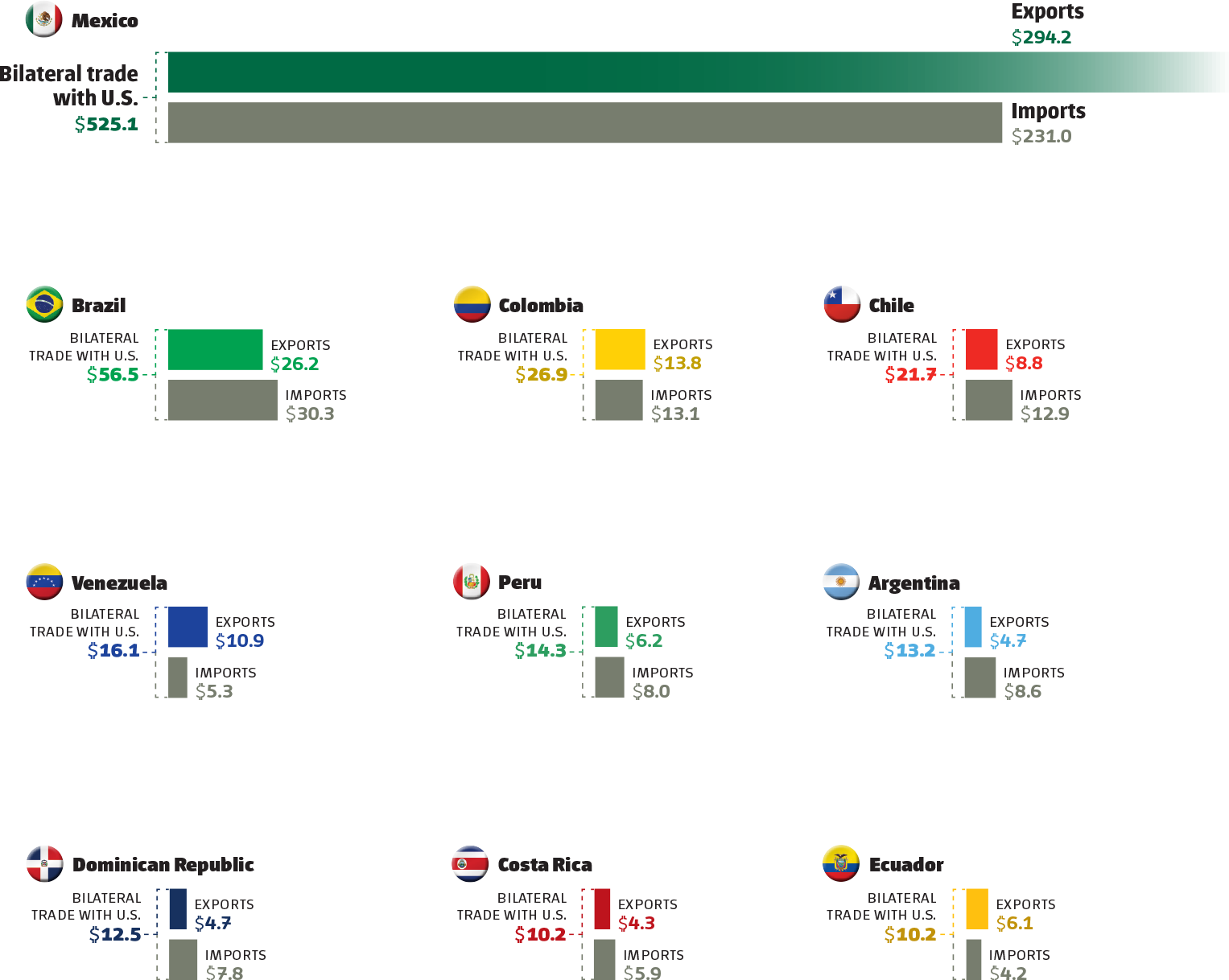