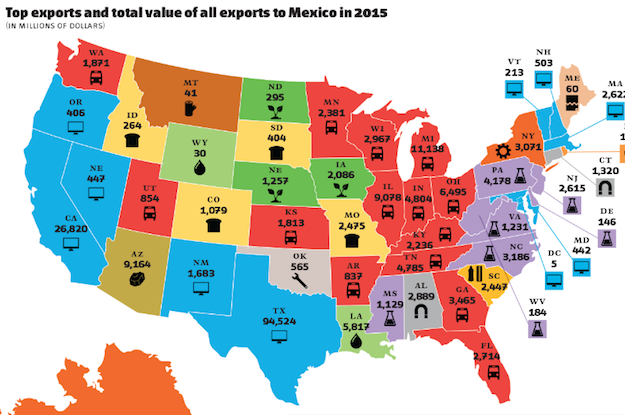 The U.S.-Mexico relationship is defined by incredible exchange. Nowhere is this clearer than at the nearly 2,000-mile-long border, where more than $1 billion in goods crosses daily. Workers, students
and consumers also legally cross the border an estimated 1 million times every day at dozens of different ports of entry. Meanwhile, close collaboration has helped sister cities along the border, like San
Diego-Tijuana and El Paso-Ciudad Juárez, forge competitive and dynamic binational economies.
Here, AQ looks at the extent of Mexico and the United States’ economic and demographic connections. 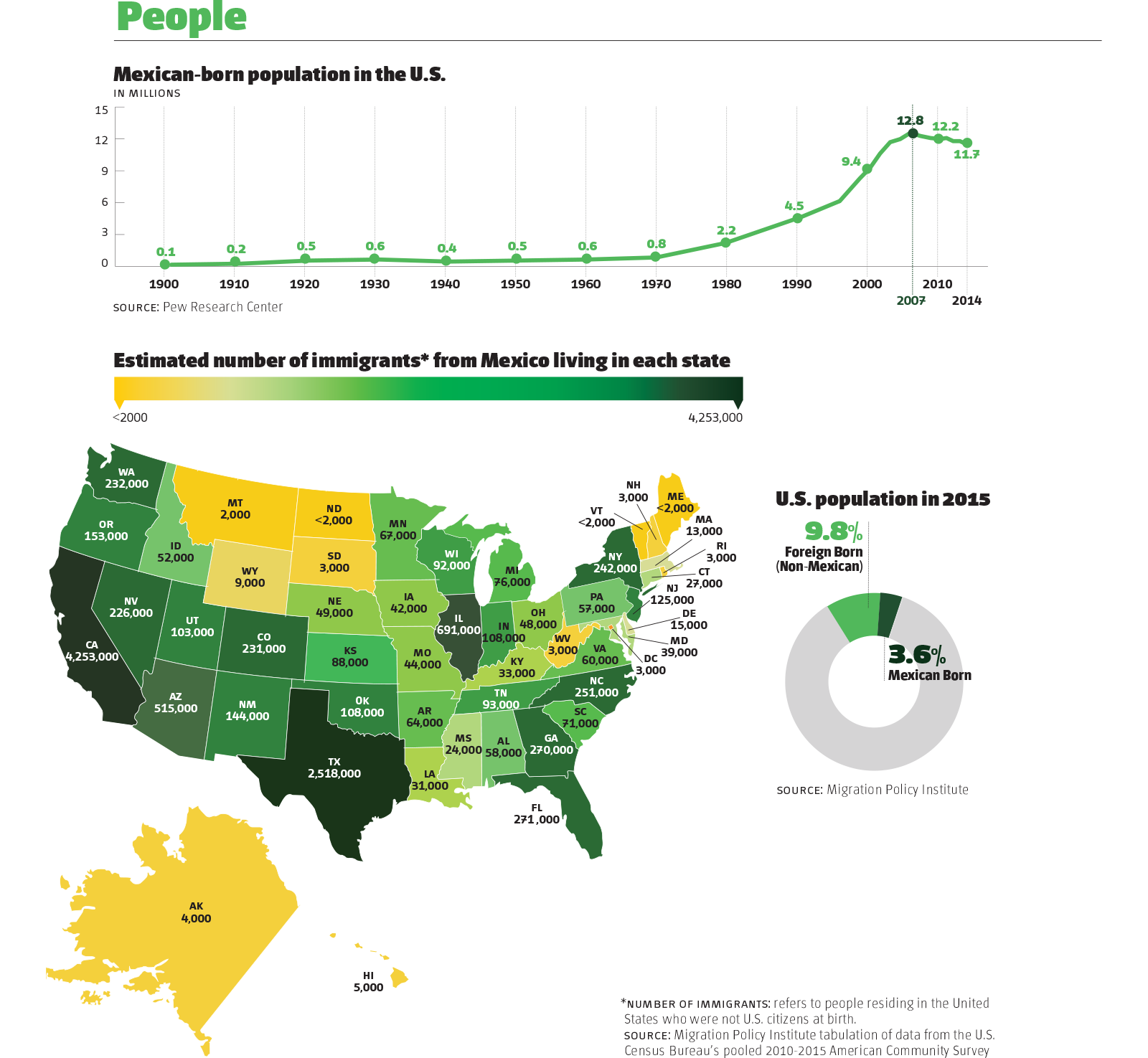 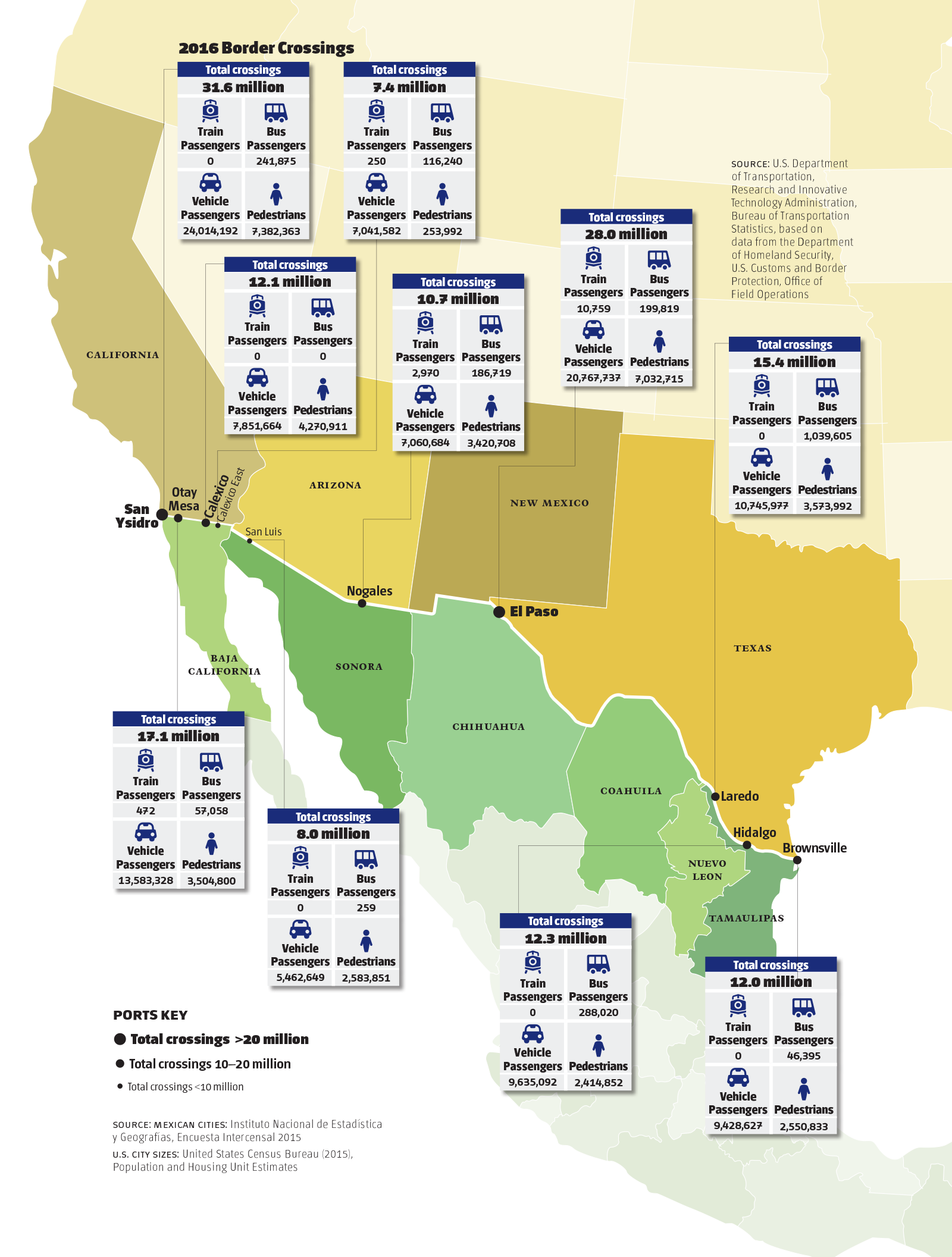 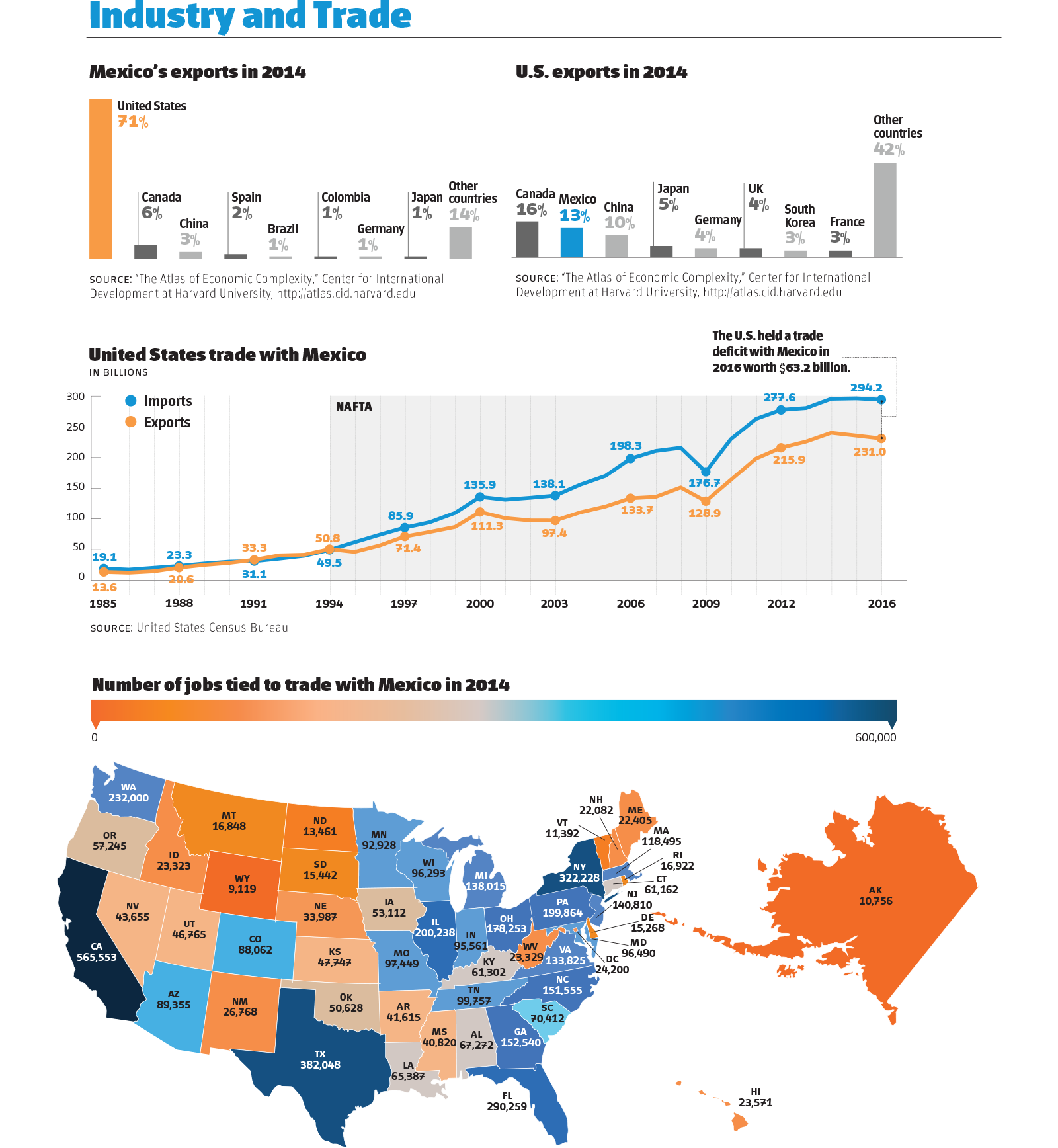 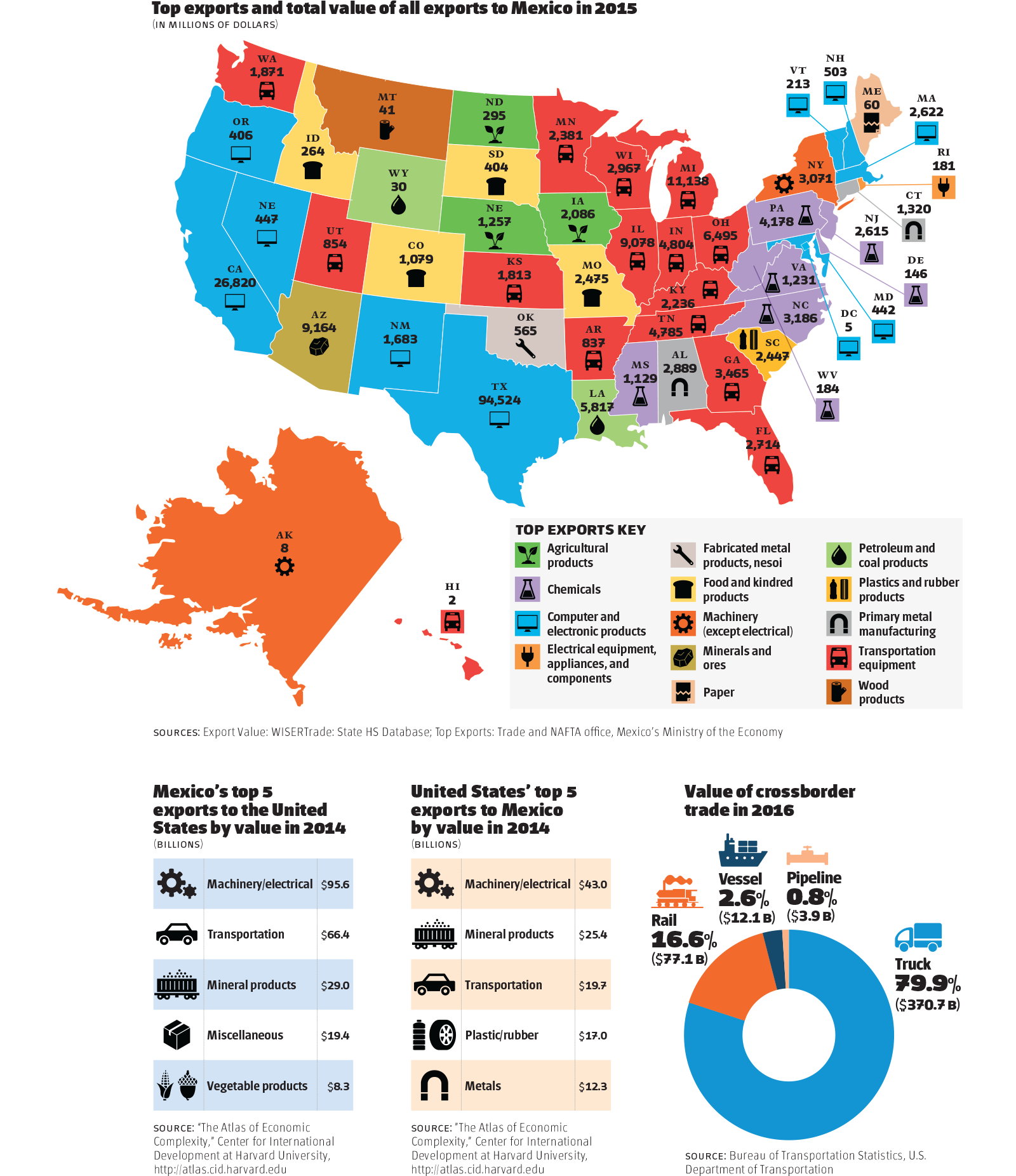