Every September, the famously proud residents of Rio Grande do Sul state celebrate Farroupilha Week, a remembrance of a 19th-century revolution in which the region tried — but ultimately failed — to secede from the rest of Brazil. In the state capital of Porto Alegre, festivities feature parades, a rodeo and a mind-boggling amount of churrasco, grilled cuts of meat that are the local specialty.

The celebrations are also notable for what they leave out — and what the omission says about Brazilian society today.

The story begins in 1844, when Brazil was still an imperial monarchy ruled by Dom Pedro II, who was facing a serious rebellion in the country’s deep south. After nearly a decade of fighting, a large imperial army was closing in on a shrinking corner of the pampas near the Uruguayan border, where they’d trapped the dwindling army of rebels known as Farrapos, or “rags” in Portuguese —initially a derisive nickname for the poorly equipped soldiers but later proudly adopted by them.

Resigned to their imminent defeat, the Farrapos’ leaders entered negotiations with the imperial government to bring the war to an end. There was, however, a major impediment to that agreement: the fate of hundreds of black soldiers in the rebel ranks, said Juremir Machado da Silva, a historian at the Catholic University of Rio Grande do Sul.

At the time, enslaved blacks represented more than a third of the sparsely populated province’s population, and were fundamental to its cattle-based economy. They primarily worked on Rio Grande do Sul’s massive ranches and in its charqueadas, where cattle were turned into charque, the dried meat that was the province’s primary export and gave the English language the word “jerky.”

The Farroupilha Revolution was led by wealthy ranchers who resented the imperial government’s tax policies and wanted greater autonomy. Desperate for manpower, these revolutionaries persuaded several hundred enslaved blacks to flee their owners and join their cause with a simple promise: Fight for us, and win your freedom.

When peace talks began, the Farrapos negotiators insisted that the black soldiers fighting for them — who, by that point in the war, made up about 25 percent of their army — should remain free. This was, however, a condition the imperial court in Rio de Janeiro was completely unwilling to accept. With little bargaining power, the Farrapos’ leaders began to quarrel among themselves about how to proceed.

Then, on November 14, 1844, an imperial cavalry launched a predawn attack on a Farrapos encampment at a place called Porongos, in the modern-day municipality of Pinheiro Machado. More than 100 were killed, and several hundred more taken prisoner. Nearly all the dead were black, as were many of those captured. The separate camps for white and indigenous soldiers, on the other side of a small creek, were not attacked. 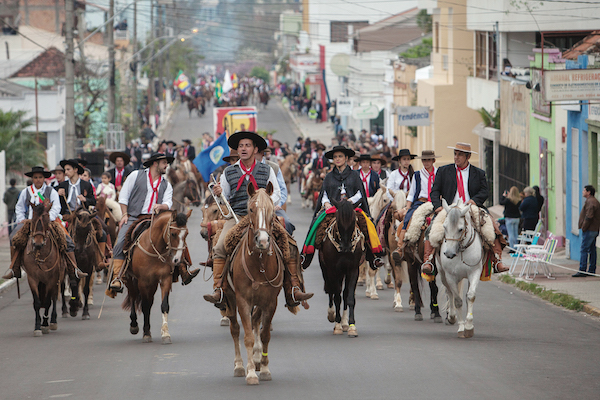 Based on documents and other evidence from the era, many present-day historians conclude that the black Farrapos were betrayed by their commanders. In return, negotiations with the imperial government got a jump start. Also, both sides’ fears of a potential uprising by these trained, experienced black soldiers — fueled by events like the Haitian revolution and a more recent slave revolt in the Brazilian province of Bahia — were put to rest.

The imperial commander “came with orders not to allow the black Farrapos to go free. So what was the fastest solution? Massacre them,” said Moacyr Flores, a scholar whose many books on Rio Grande do Sul’s history include Blacks in the Farroupilha Revolution.

To this day, the story of these black soldiers remains almost entirely absent from classrooms and the popular commemorations of the Farroupilha Revolution seen every September.

To many in the state’s Afro-Brazilian community, the exclusion of the black Farrapos’ story feels all too familiar in a state where more than 80 percent of the population identifies as white and which prides itself on being the most European part of Brazil. Meanwhile, a United Nations Development Program report recently identified Porto Alegre as the Brazilian city with the greatest inequality in the living conditions of its black and white residents.

But things may be starting to change. Since the introduction of affirmative action policies at the Federal University of Rio Grande do Sul (UFRGS) within the past decade, the university has become a hotbed of civil rights activism. Increased dialogue about race has meant that students are more openly inquiring about the state’s black history.

“We found out because we were curious to learn more about our people,” added Ana Danielle Cavalheiro, another student at the university. She first heard the story of the black Farrapos from fellow civil rights activists.

Armed with this knowledge, Neves remained seated during her undergraduate graduation ceremony in 2015 to protest the playing of the state anthem. Written to honor the Farroupilha Revolution and fiercely beloved by most gaúchos, the song’s lyrics include a line that many Afro-Brazilians find deeply offensive: “Povo que não tem virtude/Acaba por ser escravo,” or “A people without virtue/End up being enslaved.”

Cavalheiro and two other black students also sat during their graduation earlier this year. 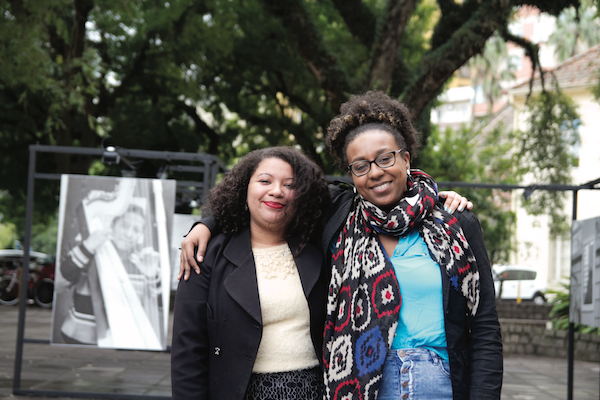 Neves and Cavalheiro in Porto Alegre

For Neves and Cavalheiro — and others like them who have made sitting during the anthem during graduation ceremonies a regular event in recent years — it’s a small, symbolic way of resisting the erasure of the black experience from history and the ongoing marginalization of Afro-Brazilians in Rio Grande do Sul.

For Pontes, proper acknowledgement of Afro-Brazilians’ contributions to Rio Grande do Sul, including their role in the state’s iconic revolution, is past due. While a small, anonymous plaque in a Porto Alegre park pays homage to the black soldiers betrayed by the revolutionaries, it is — much like the memory of the black Farrapos — largely overlooked and forgotten.

“We want recognition that Afro-Brazilians were important in building the state,” Pontes continued.

Jenner is a freelance journalist based in Porto Alegre, Brazil. His reporting on topics ranging from local politics to elite marathoners has appeared in publications such as the Washington Post, the Atlantic and Roads and Kingdoms.