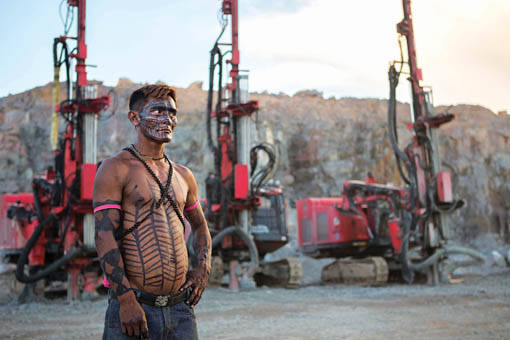 Hydroelectric dams are increasingly touted by national governments as a renewable way to meet the hemisphere’s growing energy demand. But the projects are also encountering strong local and international resistance along the way—much of it centered on a lack of community consultation.

The Belo Monte hydroelectric dam in the Amazonian state of Pará is one example. Belo Monte may be Brazil’s best chance to wean itself from fossil fuels and meet the electricity consumption needs of its growing middle class. But the project—which would generate as much as 11,233 megawatts of electricity by diverting up to 62 miles (100 km) of the Xingu River—has come under fierce attack for its potential environmental and cultural impact.

Amazon Watch, an NGO opposed to the dam, says that the Belo Monte dam would flood 932 square miles (1,500 sq km) of rainforest, displacing an estimated 20,000 to 40,000 Brazilians, most of them Indigenous.1 The Brazilian government has claimed a more conservative estimate of 300 square miles (500 sq km) and 16,000 displaced people.2

The Belo Monte project, owned by the Norte Energia consortium, held four public hearings and 12 public consultations, as well as workshops and 30 visits to Indigenous villages between 2007 and 2010.3 But members of the Munduruku, Xipaya, Kayapó, Arara, and Tupinambá tribes and a dozen other Indigenous groups have repeatedly occupied the dam’s construction sites, demanding further consultation. Even Avatar director James Cameron has become a staunch critic of the project.4

Legitimizing their objections, a Brazilian federal district court ruled in October 2013 that the Congress’ authorization of the project was illegal, thereby halting construction.5 According to Judge Antônio Souza Prudente, who wrote the ruling, Belo Monte failed to conduct sufficient and targeted consultation with Indigenous peoples in accordance with ILO 169, which Brazil ratified in 2002 and enacted in 2004.

Though the ruling was later overturned by the Supreme Court and construction resumed, it sent a clear message that failure to properly consult communities can be politically and economically costly. In February 2014, IE Belo Monte, a Sino-Brazilian consortium, won the rights to build and operate a power line connecting the massive dam to southeastern Brazil.6

But those who think that resistance by Indigenous groups and environmentalists is simply a speed bump in the process need look no further than the cautionary tale of Chile’s HidroAysén hydroelectric project.

Once thought to be a sure thing, HidroAysén would consist of five megadams and a 2,000 mile (3,220 km) northbound transmission line that would traverse six national parks and eight Indigenous regions, on ancestral territory that mostly belongs to the Mapuche, Chile’s largest Indigenous group.

Though the dams were approved in 2011 by then-President Sebastian Piñera, the project faced increasing opposition, especially from the Patagonia Sin Represas (Patagonia Without Dams) campaign, a network that brought together Indigenous groups, environmentalists and tourism groups.

HidroAysén promised to cover a third of Chile’s energy demand through 2024. And though the Chilean government held public consultations, a 2012 report by the Chamber of Deputies’ Commission on Human Rights and Indigenous Peoples found irregularities in the project’s environmental impact studies and a lack of institutional procedures to consider the opinions of affected communities.7

Responding to mounting pressure, Endesa, which owns a 51 percent stake in the project, removed it from its investment portfolio in January 2014, distancing itself from the controversial plan. President Michelle Bachelet’s government has said that it will decide on HidroAysén’s fate in May,8 but after she called the project “unviable” during a televised debate, its future is in jeopardy.9

There is still hope for Belo Monte. Brazil could make an effort to properly consult Indigenous groups, and negotiate a plan for mitigation and compensation that
all parties can agree to. If not, Belo Monte will follow in the footsteps of HidroAysén—reduced to a footnote in efforts to address the region’s expanding energy needs.