Of equal interest is the answer Burmese dissident and Nobel Laureate Aung San Suu Kyi reportedly gave to British and American diplomats who asked her opinion about proposals to lift sanctions against the military dictatorship ruling her country: “In exchange for what?”

That is certainly one of the questions that President Obama should be asking those in his administration and the Congress who continue to propose lifting more of the U.S. sanctions on Cuba’s Castros Dynasty.

Obama has already lifted U.S. sanctions on travel to Cuba and the remittances family members send to relatives in Cuba. When he did, the President asked President Raul Castro to respond by reducing Havana’s high taxes on remittances and by releasing Cuba’s political prisoners. The Cuban general said “no.” Now, the White House says that “the ball is in Havana’s court.”  The President is still waiting, and so are we.

President Obama is not alone in saying he wants to help the Cuban people. Many European leaders, including Poland’s Lech Walesa and the Czech Republic’s Vaclav Havel, have urged Cuba’s government to show respect for universally accepted human rights and to release its political prisoners.

In a letter to President Obama earlier this year Walesa, the former president of Poland, aptly described international corporations doing business in Cuba as “renting” the services of Cuban workers. The people of Cuba have no choice but to work for an agency of the Cuban Armed Forces. They are paid less than 10 percent of what international corporations pay the Cuban government for their labor. 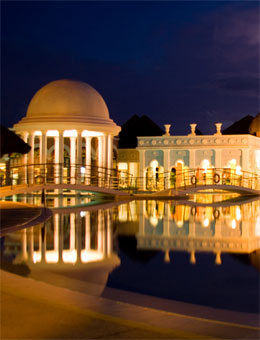 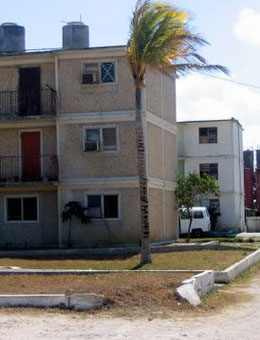 This may suit those global corporations,” Walesa wrote, “and shamefully there may be American corporations which would like to cut similar deals, [but] if your administration is going to live up to the expectation that the United States of America will be restored to the position of international leadership on Human Rights, you should not be complicit in the abuse of workers, now taking place in Cuba…The shameful practice of the Cuban government of paying their workers in one currency and forcing them to purchase necessities of life in government stores in another currency is yet another form of serious exploitation of workers.”

It is not known what, if any, response Walesa received from Obama, but neither was there a reference to labor issues in the press reports following  conversations held recently in Havana between a high State Department official and the Cuban regime.

Former President Vaclav Havel also has been outspoken about Cuba and the need to help defenders of human rights under dictatorships around the world.  As quoted in mid-October by Madrid’s El Pais about Europe’s willingness to do business with dictatorships, Havel opined that “The European Union suffers that old European illness that is a tendency to accept evil, to close our eyes and cooperate with autocratic regimes, and at times, even with dictators. I believe that the new European Union members, who have a recent experience with totalitarianism, should alert the EU about the danger because complacency toward evil has never forced evil to retreat.”

Neither American interests nor the interests of the Cuban people would be well served should the United States ignore Cuban history and the nature of the Castros’ regime. American policy makers are best advised to listen to Havel, Walesa, and Aung Sang Suu Kyi.

Failing to condition the United States’ Cuba policy on political and economic reforms and yielding to Havana’s braggadocio serves only to strengthen the hard-line gerontocracy that now rules the island and inspires the world’s  like-minded despots to parrot Fidel Castro’s familiar anti-American rant.

On October 20, Reuters confirmed that “business between Cuba and four of its top five trading partners has declined sharply this year in a reflection of the communist-led Caribbean island’s deep economic crisis” and cited Chinese, Spanish, Canadian and U.S. reports showing “reductions in exports to and imports from Cuba ranged from 20 percent to as high as 50 percent.”  In late November, fifteen Spanish companies threatened to leave the island because the regime was denying them access to their deposits totaling nearly 400 million dollars in Cuba’s Banco Financiero Internacional.  Only the lifting of U.S. restrictions on remittances to the island has prevented an even more precipitous downslide of the Cuban economy.

The remittances came at a crucial time for the regime, which had slashed its budget, yet Gen. Raul Castro had no compunction about ignoring President Obama’s request to respond by releasing political prisoners. One budget item that General Castro did not reduce? The purchase of weapons from Russia.

Still there are those in the United States who continue advocating more unilateral U.S. concessions toward Havana. One of those concessions would be to lift the U.S. ban on tourist travel to Cuba.  Lifting the ban on U.S. tourists traveling to Cuba would put tens of millions of dollars into Cuba’s tourist industry, which is run by the military.  Most of the money would go to Havana’s ruling class. Very little would “trickle down” to average Cubans –people who make beds, teach school, drive buses, and tend the sick. In Cuba’s hotels, employment is strictly controlled by government security forces. There are no labor unions and no individual right to set up a business and engage in commerce or trade. It is a measure of Cuba’s long depression that, after years of communist control, most Cubans consider employment in the tourist industry a privilege because hotel workers are paid the princely sum of $20 a month. Without “connections” to the regime, Cubans can’t even aspire to such “high-paying” jobs at hotels and resorts reserved only for foreigners who are known to occasionally leave tips.

In light of Cuba’s abysmal economic record, prisons filled with political dissidents, and concerted campaigns to thwart U.S. international interests, President Obama would do well to heed Havel’s wise and warning words:  “Complacency toward evil has never forced evil to retreat.”  The next time the President is pressed to agree to more concessions toward Cuba, Mr. Obama should ask and get a satisfactory answer to that most reasonable question: “In exchange for what?”


Tags: Barack Obama, Cuba, United States Cuba Policy
Like what you've read? Subscribe to AQ for more.
Any opinions expressed in this piece do not necessarily reflect those of Americas Quarterly or its publishers.